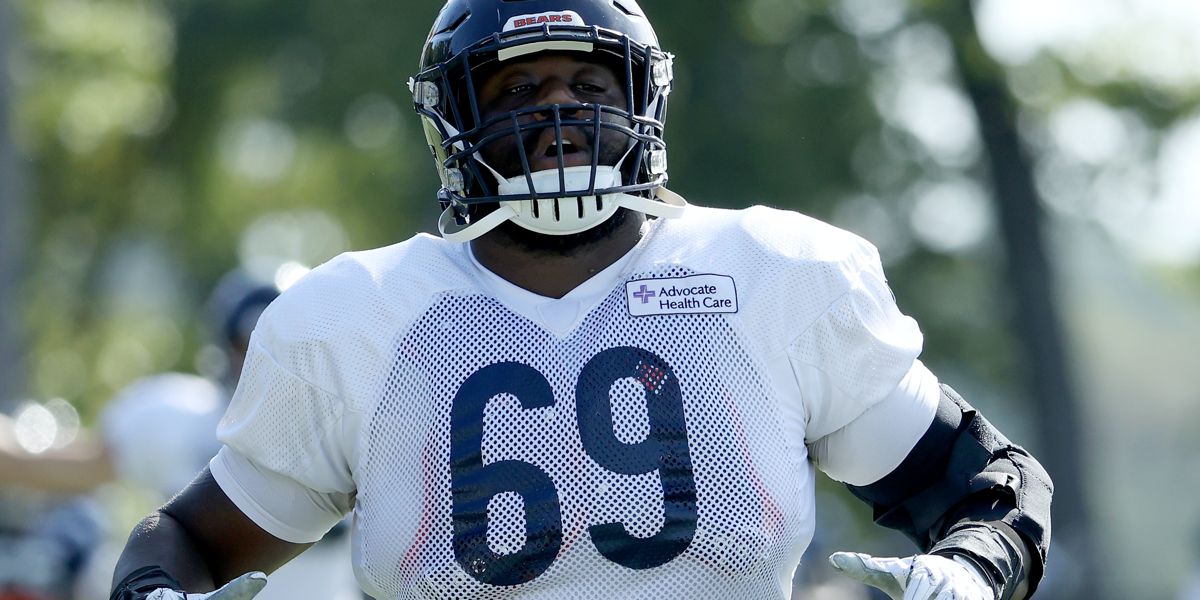 There’s no denying the Bears will miss James Daniels, but how they go about replacing them remains a bit of a mystery.

Chicago turned to Alex Bars on Thursday Night Football when Daniels suffered a pectoral injury that ultimately sent the third-year starter to season-ending IR. But that doesn’t necessarily mean Bars will get the call to start his first game as a pro against the Panthers today:

I’m expecting Rashaad Coward to get the nod at left guard today.

From this week, more on the Bears replacing James Daniels, and how they’ve handled missing Tarik Cohen and Eddie Goldman https://t.co/a1Kvu7akzF

The Athletic’s Kevin Fishbain believes Rashaad Coward — and not Alex Bars — will start at left guard in today’s game. If that’s how the cookie crumbles, then it will come as somewhat of a surprise.

Coward started 10 games at right guard in place of Kyle Long last year, but his struggles at the position were notable. Even still … the Bears liked him enough to pit him in a battle with Germain Ifedi at training camp. Ifedi won the gig, forcing Coward into a reserve role. And yet, the Bears still decided on Bars getting the first crack at replacing Daniels. So why consider putting Coward into the starting lineup now?

It’s possible the Bears weren’t completely comfortable with throwing Coward into a game situation knowing his lack of experience on the left side of the line. Remember, in addition to being a converted defensive lineman, Coward’s original move to the offensive line was as a right tackle behind Bobby Massie. Perhaps the Bears are more comfortable now after having 10 days to work Coward into a groove on the left side. Even if they are in a good place with that move, I’ll need to see how it looks with my own eyes before I feel good about it.