Adam Shaheen Caught Another TD for the Dolphins, Which Actually Might Matter to the Bears Skip to content 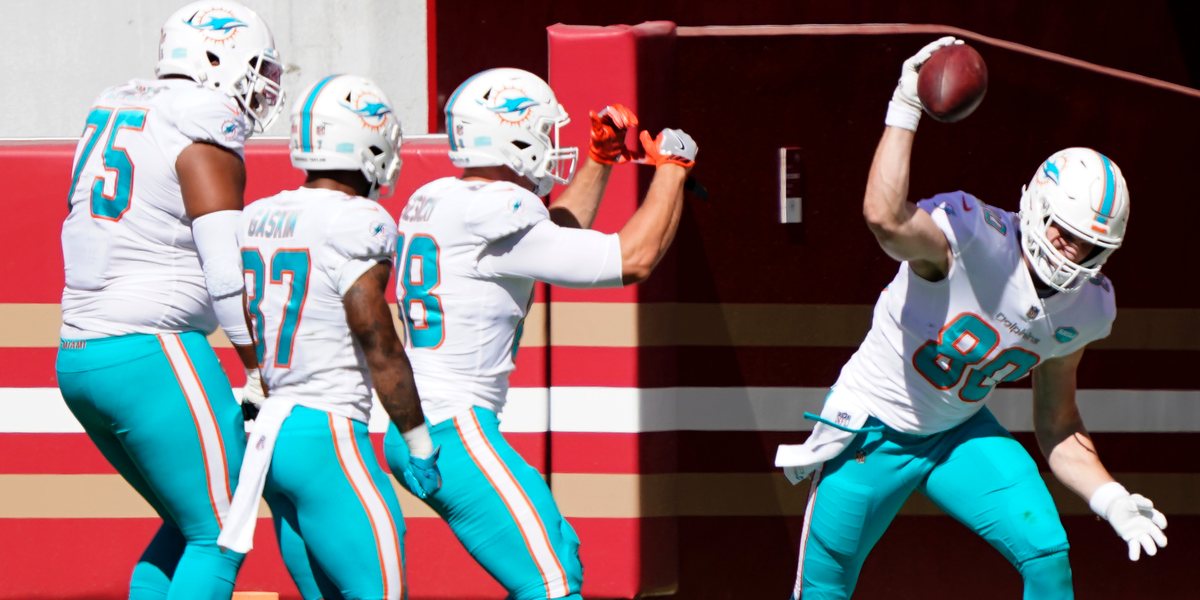 Hey, I mean, good for Adam Shaheen and all that. I’m certainly not going to be bitter at him simply because the Bears reached to take a physical project in the second round in 2017 and it didn’t work out.

But that’s not why I’m sharing with you today that Shaheen caught a touchdown pass for the Miami Dolphins for the second straight week. Or that he also caught a 44-yarder.

Instead, I’m sharing these things, as well as the fact that Shaheen has emerged as part of a trio of rotating tight ends for the Dolphins, because it matters to the Bears.

Recall, before the season, the Bears dumped Shaheen to clear $1.3 million in cap space, getting only a conditional draft pick in the process. For a guy we expected the Bears to release, getting anything at all was a win. But when the Bears announced the deal, they were getting a 7th rounder that could conditionally become a 6th rounder. (There was a whole lot of initial confusion about just what the Bears were receiving, but I’ll go with the official release from the team.)

We don’t know the precise conditions to trigger the upgrade from the 7th to the 6th, but you better believe Shaheen staying with the Dolphins and actually contributing is probably part of the calculus. So the better he does week-to-week at this point, the better the Bears’ chances at getting a slightly upgraded draft pick from the Dolphins in 2021.

At present, the Bears have their own first, second, third, fifth, and sixth rounders next year, as well as this conditional pick from the Dolphins. They traded their 2021 fourth rounder during 2020 draft to grab DE Trevis Gibson in the fifth, and traded their 2021 seventh rounder as part of the Eddy Pineiro deal. The Bears also project to pick up at least two additional compensatory picks in the 6th round after all that free agent math is accounted for.

So at the end of the day, if Shaheen keeps playing and producing, the Bears could wind up with a first, a second, a third, a fifth, and four or five sixth rounders in 2021. Given the way Ryan Pace likes to move around aggressively in the draft, having that later round capital ain’t bad.