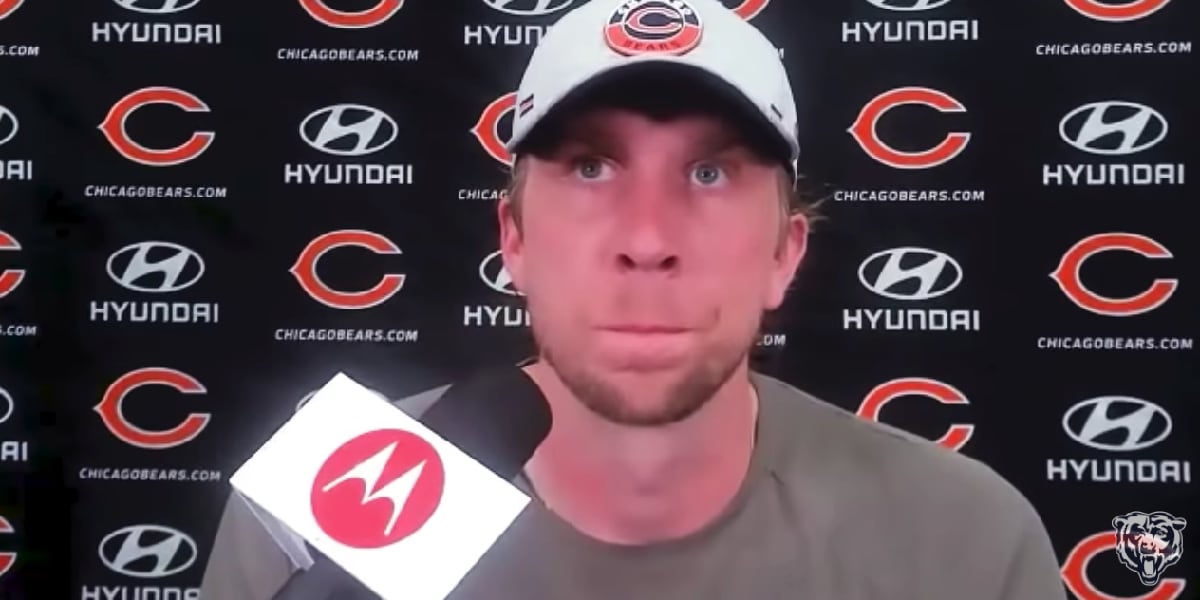 We are 39 games into the Matt Nagy offensive experience and the returns have been woefully underwhelming, as the team continues struggling to put up points and sustain drives (ranking 28th in yards and 27th in points after six games isn’t what anyone had in mind when 2020 started). And while the lack of a traditional offseason program surely factors into our frustration, other teams have found ways to run, throw, and score successfully, serving as a reminder that it isn’t an excuse worth falling back on.

Indeed, watching the Bears offense grind makes me want to throw my laptop out the window. Fortunately, Nick Foles’ calming perspective keeps me from doing so.

We discussed Foles’ shout out to rapper Meek Mill in today’s Bullets, but that was just the tip of the iceberg. Foles later sounded off on the Bears offense. And in doing so, gave me more hope than Nagy, Mark Helfrich, Bill Lazor, Mitchell Trubisky, or Chase Daniel have over the last three seasons:

There have been teams that have been bad offensively for a very long time. We’re not one of those teams. We’re a team that is young. Offensively, we’re growing, getting to know each other, figuring out who we are. And we’re doing it at the right time. And as a team, we’re winning games. I think that’s what’s most important.

Now, we’re not going to get complacent and say, Hey, man, we’re 5-1. This is it. No. We’re sitting in the locker room after the game talking through it. We got to be better here. This is what we got to do. Communication here. Route-running here. Hey, we gotta be able to run the ball here. We know that . … And that’s what’s exciting, because we don’t have to have y’all say, Hey, are you doing this? We know. But we also know we’re going to improve because we believe in one another. And that’s what great teams do.

Great teams find a way to win a game. Bad teams win with prettiness. Great teams win no matter what it takes.”

Bears fans need to read Foles’ words. Not just the rah-rah stuff about great teams winning no matter what. Read beyond that. Feel the honesty of a player who has been in the system for years who states it will not happen overnight. Grasp the concept of growth. Understand that they are seeing on the field what we are seeing at home (or in the case of yesterday’s game, in the stands). Foles’ words aren’t some pie-in-the-sky throw-away lines. They’re an honest assessment of the situation from someone with an understanding of how it can get better.

Foles and the Bears will do what they can to get things going in the right direction. Whether it works or not remains to be seen. But that Foles and the gang know what’s up and are willing to talk about it gives me hope that improvement can happen. At a minimum, at least the Bears have a leader who can rally the troops for a few clutch scores in the guts of a game.

For more Foles, check out his entire 12-minute post-game press conference from Sunday: