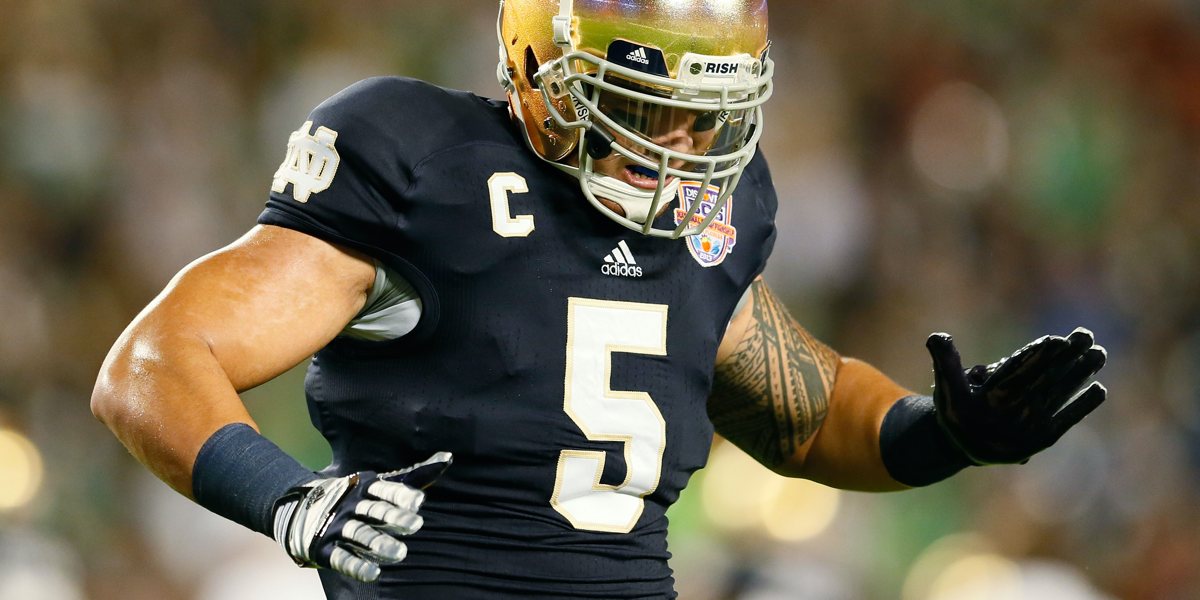 Having brought in a trio of linebackers last week to try out for depth, the Chicago Bears opted to sign Manti Te’o to the practice squad today.

We have signed LB Manti Te'o to our practice squad.@Hyundai | #DaBears

The Bears have starters Roquan Smith (playing at a Pro Bowl level) and Danny Trevathan (still useful, but obviously slowing down in pass coverage) at inside linebacker, and Joel Iyiegbuniwe, Josh Woods, and Devante Bond behind them on a typical week. But the practice squad depth in the middle was lacking, hence the tryouts.

Te’o, 29, was a star at Notre Dame before being selected by the Chargers in the 2nd round in 2013. He never quite emerged as a quality regular, and was most recently a back-up on the Saints for a few years.

Most football fans are familiar with Te’o’s work on the college scene. The Notre Dame product was a Heisman Trophy runner-up and winner of the Maxwell, Bednarik, Camp, Nagurski, Butkus, and Lombardi awards in 2012. Te’o capped his college career with unanimous All-American honors. It’s a collegiate résumé that’s top notch, but also, many know Te’o’s name because a story about his girlfriend dying turned out to be a hoax.