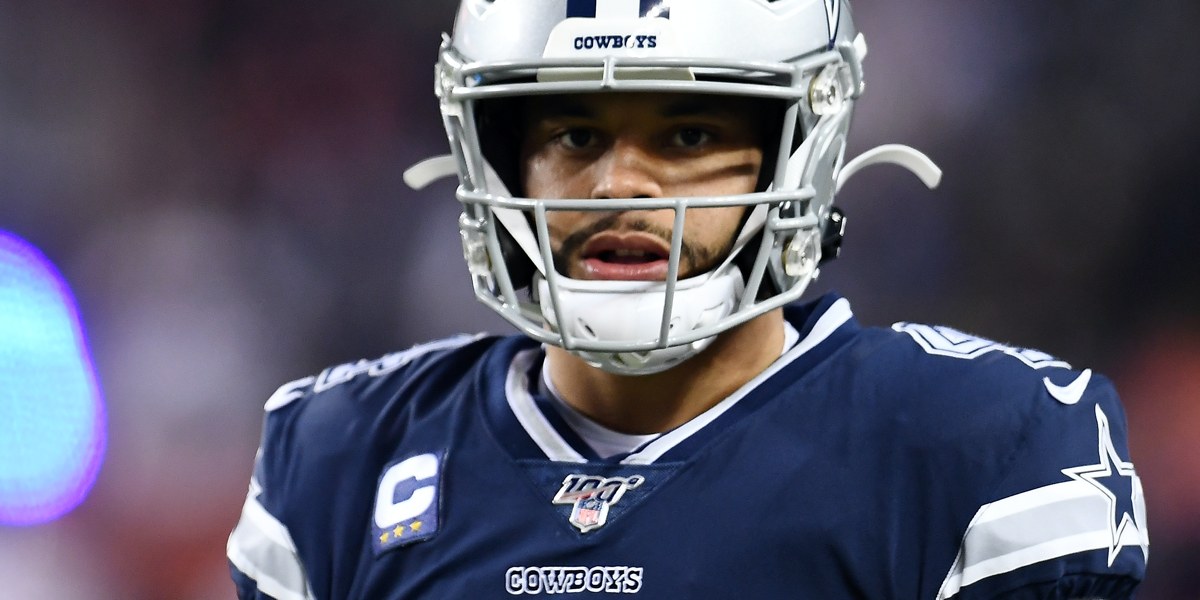 Anyone who watched Monday Night Football saw how much the Dallas Cowboys missed Dak Prescott.

But to hear it from Jerry Jones means something more:

Jerry Jones: "You miss Dak. I don't want to be trite. But, yes we miss Dak. That was a glaring difference out there last night. But it doesn’t have to stay that way." https://t.co/411Nelr9Na

In Prescott’s place, Andy Dalton completed 34 of 54 passes, averaged 4.9 yards per attempt, threw more interceptions (2) than touchdowns (1), and posted a woeful 65.8 passer rating. It’s the kind of showing that makes me glad the Bears didn’t trade a second-round pick to acquire Dalton when he was made available by the Bengals in the offseason. But more than that, I think Dalton’s primetime showing might put some Cowboys decisions into a new perspective.

With that being said, Jason La Canfora (CBS Sports) reports the Cowboys are willing to place the Franchise Tag on Prescott for a second consecutive offseason. La Canfora cites Jerry Jones’ “deep affinity” for Prescott, which I imagine only grew after watching Monday’s game. The belief is that a tag is inevitable. Which makes sense since neither side seems to be willing to budge when it comes to a long-term deal.

Perhaps, then, the threat of a second consecutive tag is meant to force Prescott’s hand a bit in negotiations. That doesn’t mean they won’t actually use it, mind you, but it could serve two purposes.

And yet, it’s so early in this process, I feel as if it’s far from being decided. So if you’re a Bears fan hoping the team makes a run at Prescott, don’t let this report discourage you. In July, we discussed the non-zero chance Prescott could be the Bears’ QB1 in 2021. And just last week, one NFL executive viewed the Bears as one of Prescott’s top options should he hit free agency. A Franchise Tag wouldn’t necessarily eliminate a Prescott acquisition from happening. Although, it’s a hurdle that makes it a bit more expensive in terms of trade cost. In other words, stay tuned.