Trevor Lawrence Already Getting Advice: If the Jets Get the Top Pick, Just Go Back to Clemson | Bleacher Nation Skip to content 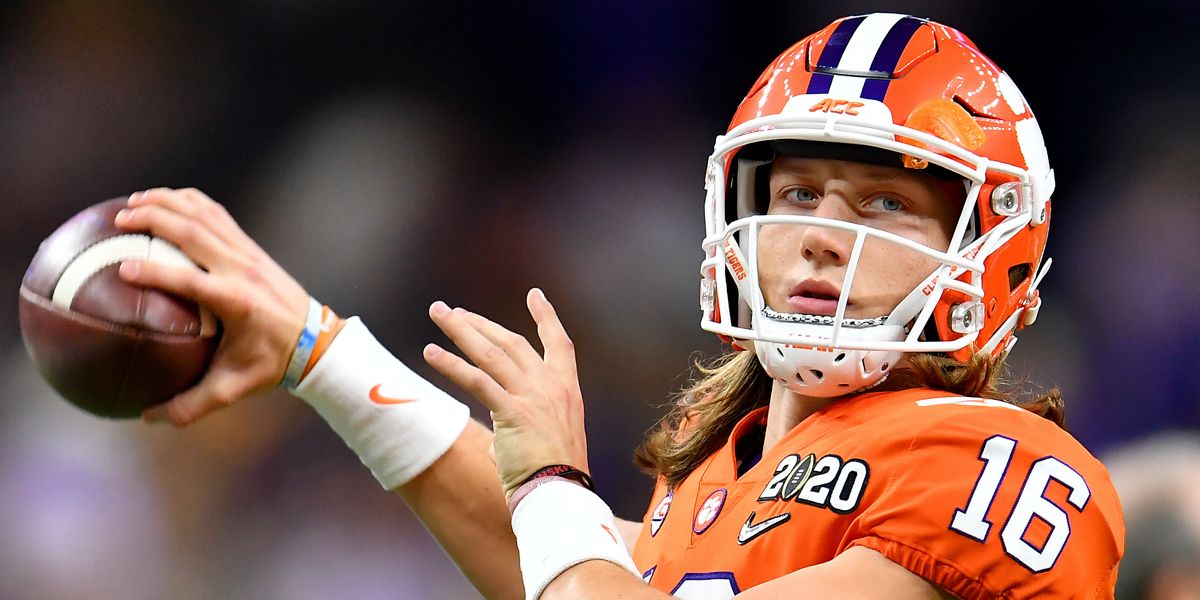 As imperfect sports fans, it is in our nature to chuckle at the foibles of teams that are not the Chicago Bears. Since we have had a hard enough time as it is, especially when it comes to quarterbacks, I don’t feel the least bit bad enjoying some schadenfreude when the Good Lord bestows it upon me.

For example, this about Trevor Lawrence and the Jets has me rolling:

Oh good. Trevor Lawrence already has a NFL advisor. And he's telling Lawrence to stay at #Clemson if the #Jets are going to draft him. Wonderful. https://t.co/Pww0TtOH6A

Former NFL star wideout Roddy White is telling Trevor Lawrence, the overwhelming favorite to be the top pick in the 2021 draft, that if it looks like it’s gonna be the Jets, Lawrence should just stay at Clemson for another year. Lawrence, a 6’6″ 220 pound junior with every bit of talent you’re looking for in a franchise quarterback, is considered by many to be an absolute can’t miss. He’s pegged by some as a guy who would’ve been clear top pick over Joe Burrow, if Joe Burrow had the option to stick around LSU for another year.

But White says Lawrence should avoid all that for another year if it means avoiding the Jets.

“It would be awful for you to get drafted by the Jets,” White told The Big Lead, “Because they do not know how to put anything together over there as far as quarterbacking, weapons around the quarterback, as far as anything that has to do with offensive talent.”

To be sure, this is just advice from a former NFL star, but White is also a guy whose cousin is Lawrence’s offensive coordinator at Clemson. His advice might carry a tiny bit of weight.

And, well, does anything in recent history tell you that White is wrong about what might happen if Lawrence goes to the Jets? I’m not saying a kid should ever pass up the big money and risk an injury in college, but you’ve gotta believe the Jets would be the non-preferred option …