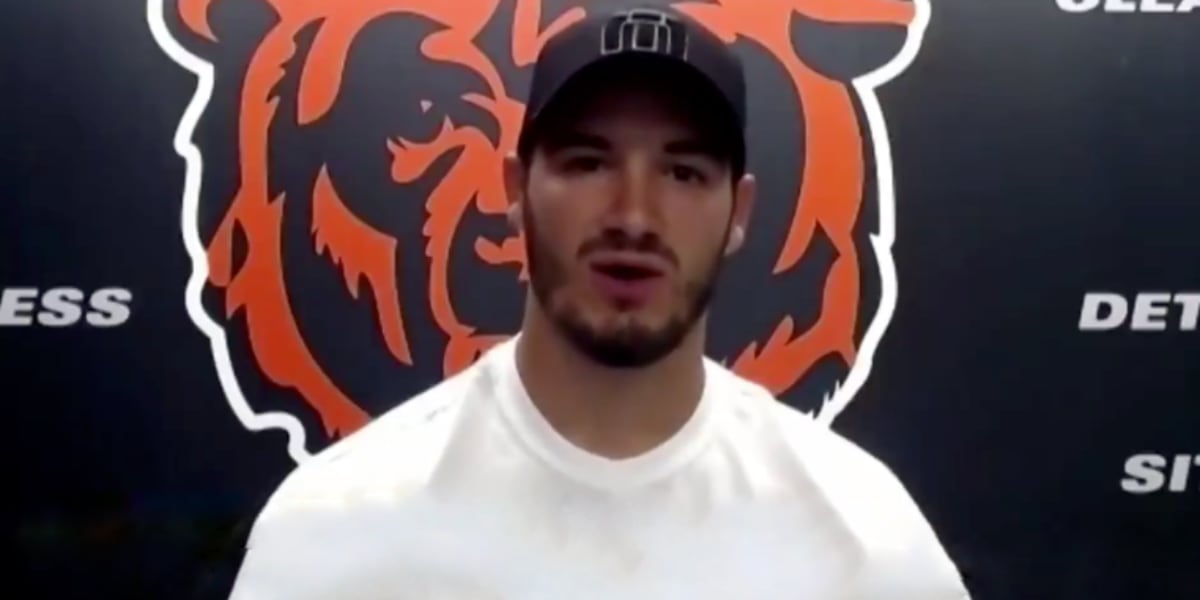 When the Chicago Bears traded for Nick Foles, then declined the fifth-year option on Mitchell Trubisky’s rookie deal, it was fair to assume the end of the line for Trubisky in Chicago was coming sooner than later. And now, we’re left facing a genuine discussion on whether the Bears should trade the No. 2 overall pick in the 2017 NFL Draft for future draft-pick compensation.

For a further exploration of the topic, check out the latest from The Athletic’s Kevin Fishbain and Adam Jahns. The duo entertained 16 different trade deadline proposals – facilitated by Chicago’s 5-1 start – but the two that involved Trubisky are the most enticing.

One pitch sent Trubisky to the Cowboys for a fifth-round draft pick. The other proposal shipped Trubisky to the Browns for guard Joel Bitonio. I can understand where both trades would push a large chunk of Bears fans to push the hypothetical “ACCEPT” button. But let’s think this through before committing.

Should Chicago trade Trubisky at the deadline, it would open up a need at quarterback behind Foles. Sure, Foles has a grasp on the starting gig for now. But there’s a reason he’s never completed a full 16-game season. Don’t get me wrong. I’d like to collect something worthwhile by trading Trubisky, but I’m not sure I’m willing to take the corresponding risks. By that I mean, the Bears would be one snap away from handing the keys to the offense to Tyler Bray. With all due respect to Bray, the mere thought of him orchestrating an offense for a team off to a 5-1 start makes me itchy.

Even still … both proposals tempt me. The Bears can never have enough draft picks. And snagging one now could help GM Ryan Pace put together a package that could allow them to move up in the 2021 NFL Draft to select the next contestant on Who Wants to be a Bears Franchise QB? As for Bitonio, I don’t need to dive deep into why adding him to the mix would be a win for Chicago — even if it came with the risk of elevating Bray into the QB2 role.

All in all, I suppose every reasonable proposal should be on the table. Even ones that would send the fall-back quarterback option packing. These Bears are positioned to take advantage of a win-now window. Based on Pace’s aggressive history, I’m not convinced the future is at the forefront of his football brain. So with that in mind, why not open yourself to making a deal with winning in 2020 in mind (even at the expense of admitting a mistake that happened in 2017).