Getting to Six, D.K. Met-fast, the Texans Roll Over, Salary Cap Forecasts, and Other Bears Bullets | Bleacher Nation Skip to content 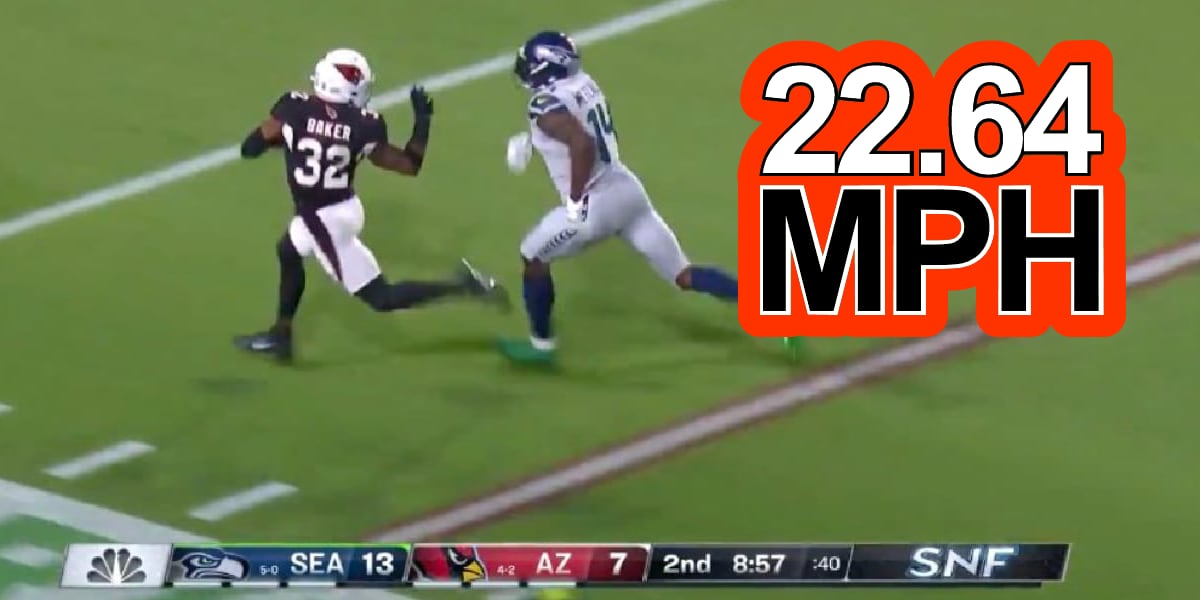 The Bears are playing for a primetime win and the chance to become the NFC’s first six-win team. Get hyped!

•   So how did we get here? Send thank you cards to the Arizona Cardinals, for starters. They bounced back from a 10-point fourth-quarter deficit, shook off the dreaded second-down overtime missed field goal attempt, and still beat the Seattle Seahawks in overtime.

•   You never know how a door will open in the NFL. But the good teams walk through them and say nothing of it while doing so. And this is just one man’s opinion, but I think the Bears should win a game, walk through that door, and take a seat as the top seed in the NFC. After all, it’s a beautiful day to become the first NFC team to reach six wins.

•   The most impressive thing any of us saw last night:

•   I spent a good chunk of Sunday night cooking up memes in a group chat with friends from this screen shot:

"False start, offense. Everybody but the center."

•   I realize the Bears offensive line has had its struggles, but at least they haven’t been called for a mass false start.

•   In 2017, we wrote about how the Rams left the Bears a blueprint for running a successful coaching search. A year later, the Bears used said blueprint to escape the NFC North basement and win the division. Moving forward, the Bears can look to the Rams for more inspiration whenever they embark on their offseason journey:

Difficult roster – and salary cap – decisions await the #Bears following this season. Maybe tonight's opponent the #Rams offer a blueprint for how to work the math.https://t.co/ypkoosfTB6

•   The Bears have a mucked up situation to work through because of salary cap tightness down the line. Sure, I plan on crossing that bridge when we get to it. But it’s game day and I didn’t want to take too much time to do it right now. In short: I’m not sure it’s as dire as what the Rams were dealing with, mostly because Chicago didn’t back up the truck for its quarterback. But in the end, the Bears have tough roster decisions to make in the face of an increasingly tough to navigate situation. Hence, the Bears should be maximizing its energy in making sure they get all they can out of the 2020 season. Otherwise, what are we doing here?

•   Davante Adams hauled in 13 catches, gained 196 yards, and scored 2 touchdowns in a Packers 35-20 win against the Texans. Adams was Aaron Rodgers’ main man on an afternoon in which Green Bay’s QB went 23-for-34, threw for 283 yards, tossed 4 touchdowns without an interception, and posted a 132.4 passer rating. I should’ve known better than expect anything but the Texans’ worst efforts. Here’s hoping they roll over as easily in Week 14 when they play the Bears at Soldier Field.

•   In a battle of teams who cough up huge leads at alarming rates, it was the Lions who didn’t totally fold like picnic chairs on a summer’s eve:

He leads the @NFL in fourth-quarter comebacks and is second in game-winning drives since entering the League in 2009 (via @LionsPR). pic.twitter.com/yd3zmTskro

•   The Vikings were the only NFC North team sitting out in Week 7. Even still … they were making headlines, as rumors of their sell-off continue to surface. I don’t think they’re bad enough to tank for Trevor Lawrence, but there’s a non-zero chance they’ll give it a try.

•   A tip of the cap to Washington Head Coach Ron Rivera, who had his final cancer treatment on Monday:

Odell Beckham Jr just text me that his ACL is torn and that his season is over.

•   Beckham had 23 catches for 319 yards and 3 touchdowns in his first six games of the season. It put him on pace for a modest 61-catch, 851-yard, 8-touchdown season as he continued to build a rapport with Baker Mayfield. Instead, his season is cut short because of an ACL injury that occurred on Mayfield’s first pass of the day. That’s brutal.

Nick Saban tells @JamieErdahl that Jaylen Waddle will be out for the year after injury vs. Tennessee. pic.twitter.com/HYcExcqayo

•   A reminder that COVID-19 can impact anyone, in any age group, at any time:

News of Jaguars RB Ryquell Armstead's COVID-19 hospitalizations sort of slid under the radar yesterday as games kicked off. But I believe it's the most serious case we've seen from a player since the season started.

Here's the story from @AdamSchefter. https://t.co/SMHQByjQjx