Have You Noticed How Awesome the Bears Gameday Art Has Been This Year? Skip to content 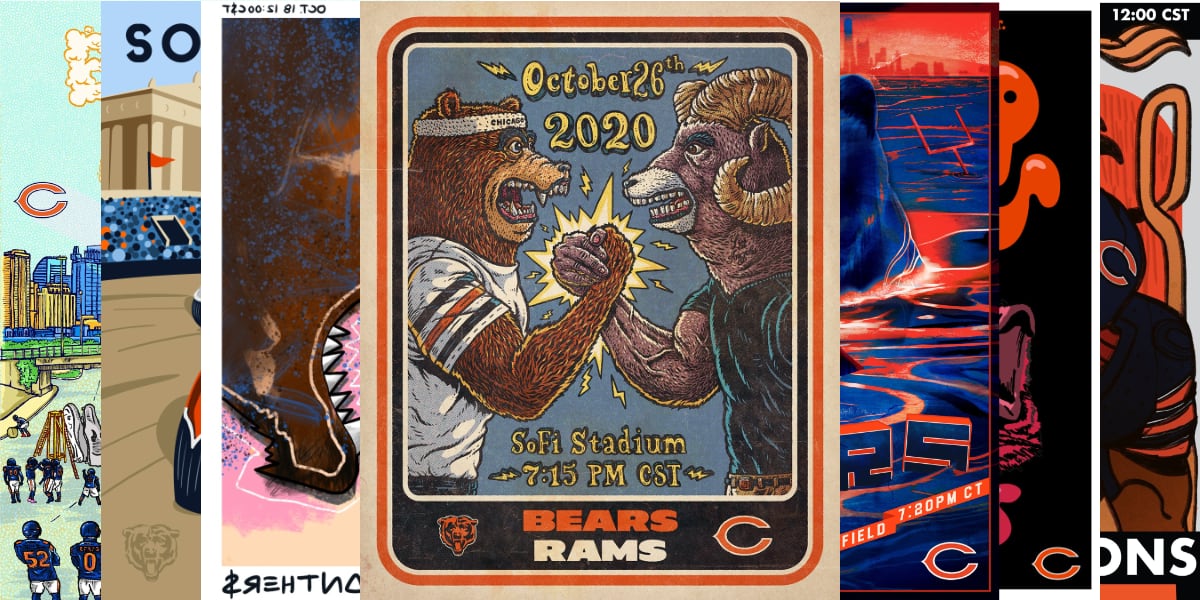 With a west coast matchup against the Los Angeles Rams on tap tonight, the Chicago Bears will look to become the first six-win team in the NFC – which is exactly where we all had them before the start of the season, right? Never a doubt. It also happens to be a pretty important matchup for my fantasy team, where I have a 10-point lead against our league’s first place franchise and the Bears defense going up against Rams wide receiver Robert Woods tonight, but that’s besides the point.

Needless to say, I’m pretty jacked up about this Monday-night matchup, and the Bears gameday poster really put me over the top. I mean, this is just awesome.

If you’ve been paying attention to the Bears on social media this year, you’ll recognize that this isn’t their first creative gameday poster.

As it turns out, the Bears have teamed up with All Star Press Chicago, who is curating fan-created gameday posters from a different local artist each week. That’s why these have been so freakin’ awesome. This one for the game against the Rams was created by an artist named Joey D.

Let’s take a look at the rest (click on the title for a link to the Instagram post with that image and more information on the individual artist). 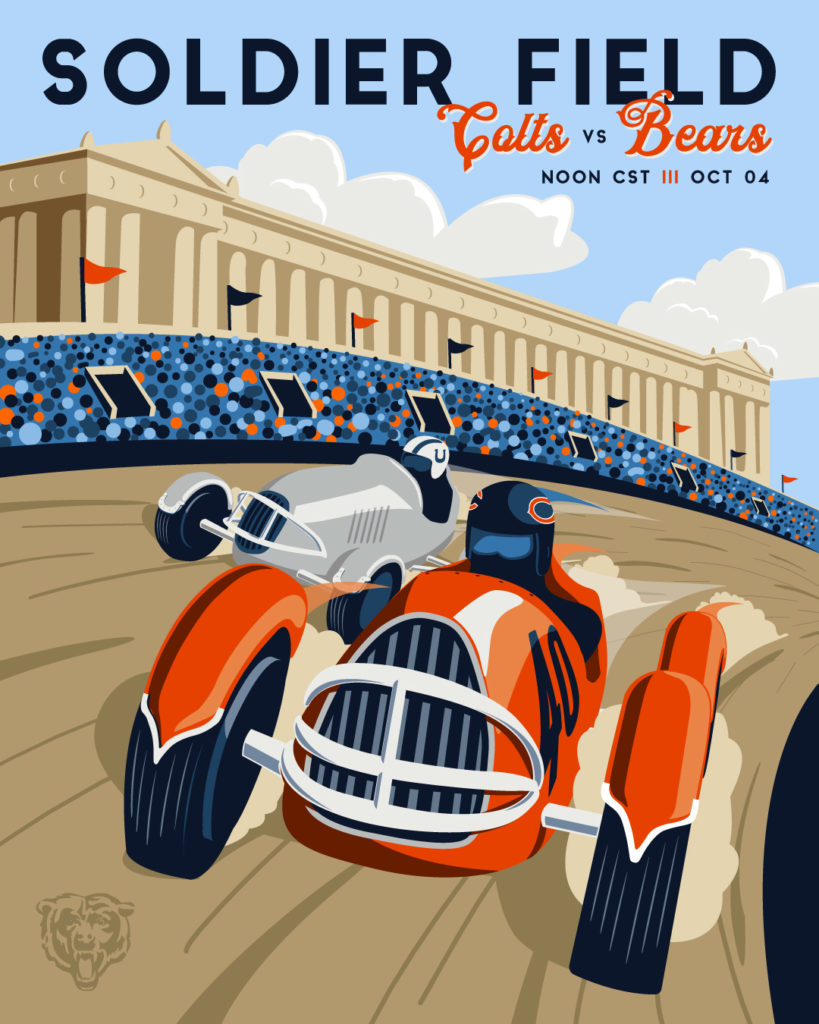 I think Week 2 (Giants at Bears) wins the award for most creative for the exceptional nod to “Gulliver’s Travels,” but my personal favorite is Week 3 (Bears at Falcons). There’s something about the look of that one that vibes with me – Bears/Panthers is my second favorite. I may have a type.

In any case, we’ve got a bunch more of these to check out before the end of the season – which means a lot more local artists getting highlights – and I just thought you might appreciate seeing them all in one place. Now, LET’S GO BEARS.