It's Time for the Ted Ginn Jr. Punt Return Experience to End Skip to content 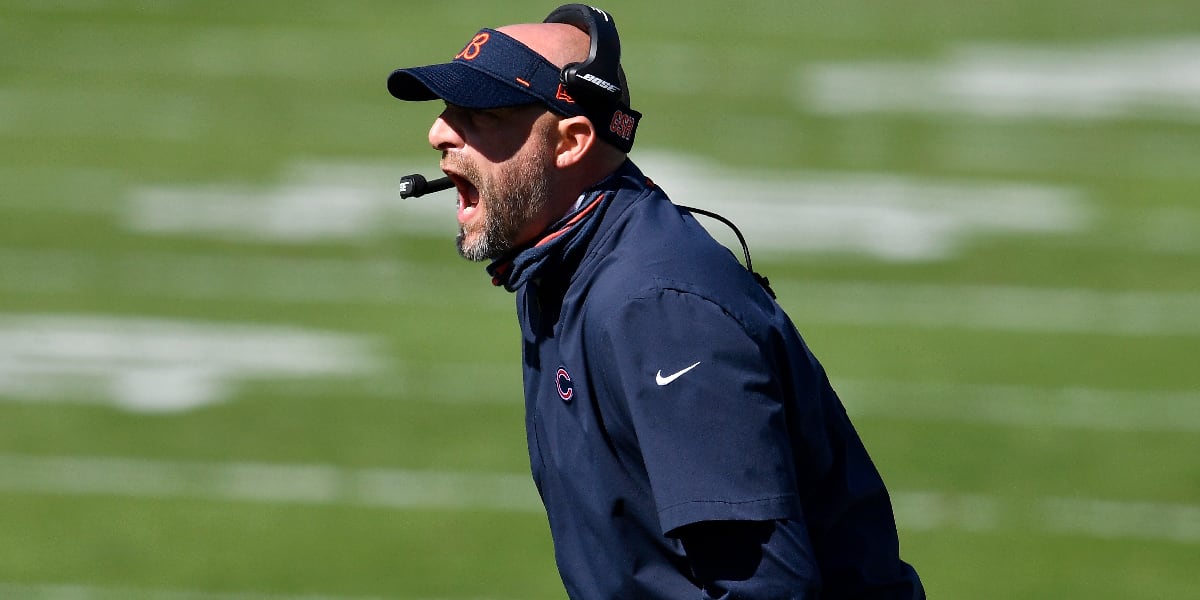 Matt Nagy told the world how he feels about his punt return team long before he addressed the media after Monday night’s loss.

Because rather than use a timeout before the end of the first half to force a Rams punt, Nagy instead pocketed the timeout and headed into the locker room with his team facing a 10-3 deficit. Maybe the Bears could have gotten a block. Perhaps Special Teams Coordinator Chris Tabor could have dug into his bag and dialed up a trick play return. But Nagy didn’t even allow for an opportunity for magic to happen. Thus, confirming his true feelings about his punt return unit.

Matt Nagy: "The punt returns. Something else we have to get right."

Matt Nagy says there were probably "2 that he had yesterday that he could have caught but didn't" when asked about Ted Ginn Jr. not fielding punts. Also credited the Rams punt unit. #Bears

I told you the Bears would miss Tarik Cohen.

On one hand, that’s a Hekk of a performance by a punter (Michael: Luis …). Then again, watching the Bears get stunted on by a freaking punter is one of the most annoying things I’ll ever witness. And that Ted Ginn Jr. did not help matters further infuriates me.

Ginn has returned just five punts and gained 24 yards. Seeing that Father Time is undefeated, I would venture to say the 35-year-old probably isn’t the returner he was in his prime. However, we don’t know that is the case with full certainty because he simply isn’t fielding punts that would confirm such a line of thinking. If I had to guess, I’d lean towards the belief that Ginn’s best returns are behind him.

But if Ginn isn’t returning punts, then what is he doing on this roster?

Ginn isn’t being used on offense. His 62 snaps represent just 13.3 percent of the unit’s plays. In other words, if the Bears aren’t running four-receiver sets, Ginn likely isn’t seeing the field when the Bears are on offense. And it’s not as if Ginn is an all-around special teams contributor. Ginn’s 14 special teams plays means he has been on just 7.3 percent of those snaps. So he isn’t impacting the return game or the deep passing game. Again, I ask what Ginn is doing on this team?

Don’t get me wrong. I like the idea of veteran leadership and potential mentorship Ginn brings. Surely, Anthony Miller, Riley Ridley, and Darnell Mooney appreciate the value of a real veteran presence. But at the cost of letting the special teams unit take a huge hit? I dunno about that.

Ginn is on a minimum deal, so there aren’t major financial implications if Chicago decided to dump him. Maybe the Bears could cut him and apply whatever savings as a rollover into next year’s cap situation when they know it’ll be need with a cap decrease on the horizon. In the end, logic should prevail and Ginn’s time as a punt returner should be just about up. Whether he remains with the team in some other capacity is above my pay grade.