The Bears Missed Their Shot, Jackson Finally Gets His, Lions Playoff Push? And Other Bears Bullets Skip to content 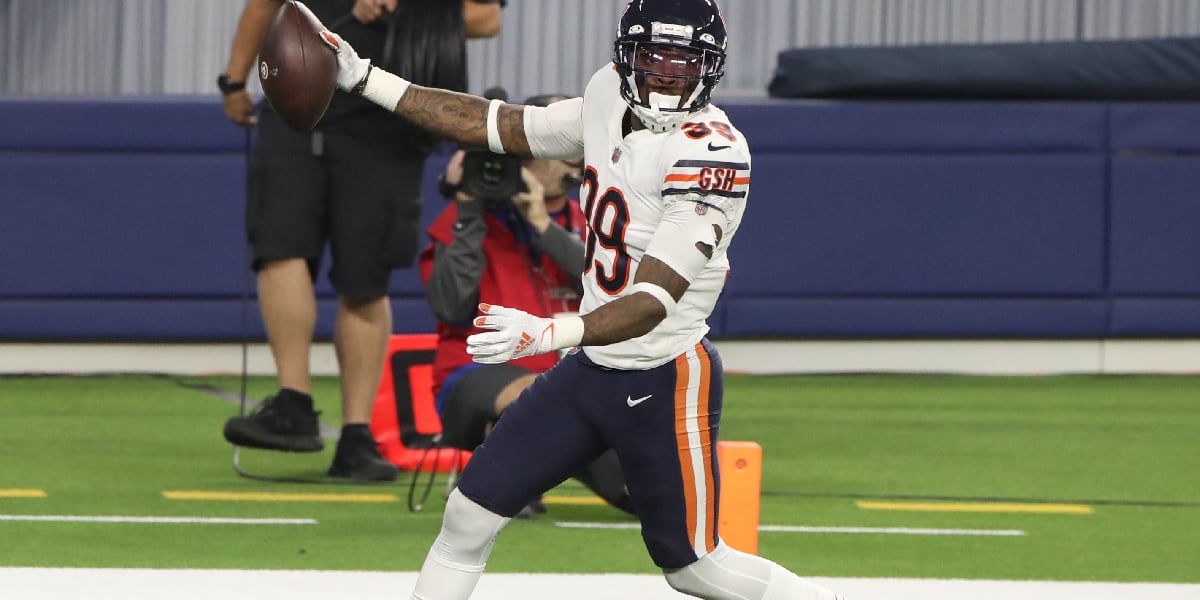 Treat yourself to something nice today. It’s the least you can do after staying up to watch that mess last night.

•   One of my biggest beefs with Hollywood is that it turns to tired ideas when looking to make ends meet. Fittingly enough, the Bears looked like a Tinseltown retread in their second straight primetime trip to California. I could have copy-pasted what I wrote from some bar mere footsteps from the Los Angeles Memorial Coliseum last year and it would’ve played last night without anyone blinking an eye:

So the result was another loss for Chicago’s football team. One that virtually put an end to any postseason pipe dreams we may have had, while also opening an entire can of worms regarding everything from the play-calling, to front office decision-making, to anything you could fit under the umbrella. And while I don’t want to be over-reactionary after a prime-time defeat, there is no better time than now to step back, take a deep breath, and re-assess things with this team.

•   Three hundred forty-five days later, the same problems persist. The Bears (1) have an offensive line that was dominated from front to back and man-handled at the point of attack, (2) are coached by a play-caller who isn’t doing anything to hide the line’s deficiencies, (3) are led by a front office that went all-in on 2020 with big-money moves, but doesn’t seem willing to round out the roster when potential upgrades become available. It’s déjà vu all over again.

•   Losing stinks. But this is the type of loss that sticks with you. These Bears lost to a Rams team whose four previous wins came against squads from the awful NFC East. Their two losses came against the 49ers and Bills, a pair of teams with legitimate playoff aspirations. And the Bears got roughed up by them? On a night when they had an opportunity to showcase that they weren’t a fluke? In a game they could have silenced doubters who disrespected them despite a 5-1 start? Yikes. What an awful look.

•   What’s even more frustrating is that this game didn’t feature anything new we already didn’t have a problem with going into the showdown. It was just magnified because the Bears lost.

•   FINALLY! It happened for Eddie Jackson:

•   Jackson scored the seventh defensive touchdown of his career on Monday Night Football on a scoop-and-score. It was the only touchdown scored by the Bears in last night’s loss to the rams. Heckuva play by Robert Quinn to force the fumble and make something happen. But admit it, when you saw the FLAG graphic pop up on the bottom right-hand side of your screen, you thought it was coming back. It’s OK. I did, too.

•   Annnnnd that’s it. Jackson’s score was the scoring highlight of the night. Unless you want to count Cairo Santos’ 42-yard field goal from the second quarter. Santos is now 11-for-13 (84.6%) on field goals this season. He has made eight consecutive kicks since missing his last attempt of Week 2 and first try of Week 3. I don’t want to put the cart ahead of the horse, but maybe there’s a silver lining in the Bears finding a kicker? It’s not much of one, seeing that the Bears can’t get deep into enemy territory often enough to make use of him.

.@NickFoles airs it out, @AllenRobinson makes the BIG PLAY!
THAT'S HOW YOU DO IT!

•   It was nice to see the offensive line hold up long enough for Nick Foles to launch a deep one. Even still … a defender was right there to give him a shot.

•   Chicago’s defense had its moments (just not enough of them):

Akiem Hicks has 17.7 percent of the Bears' penalties this season

•   That the Lions’ playoff push comes after wins against the Jaguars and Falcons is a mild annoyance. It reminds me of a Chris Rock bit from the movie Down to Earth. “Why is it that when it’s bad, it’s fate. But when it’s good, it’s luck? Is anything good supposed to happen to me?” That’s life as a Bears fan right now. When fortunate bounces go their way en route to wins against teams they should beat, it’s nothing. But when other teams do it, then it’s a thing. Moving forward, the Bears need to make their own luck. Otherwise, they’re in trouble.

•   Tons of excellent Deals of the Day at Amazon today, including Star Wars toys and apparel. #ad

If Matt Nagy was going to give up play-calling responsibilities, who should get them?

What a disaster. @BrendanSugrue and @JeremyLayt0n give their thoughts on all that is wrong the Bears offense following their MNF loss. They also have hard conversations around Matt Nagy and much more. Listen for some #Bears therapy. https://t.co/DlITGxqUgA pic.twitter.com/YdKzvSAOBa

•   Quentin Richardson, an upstanding Chicago native who happens to be one of my favorite basketball players to have watched growing up in the city, provides the perspective I need in order to close this on a high note:

Tough Monday for me and my #Bears but we will be back next week. 5-2 ain’t that bad at all. #BearDown #DaBears