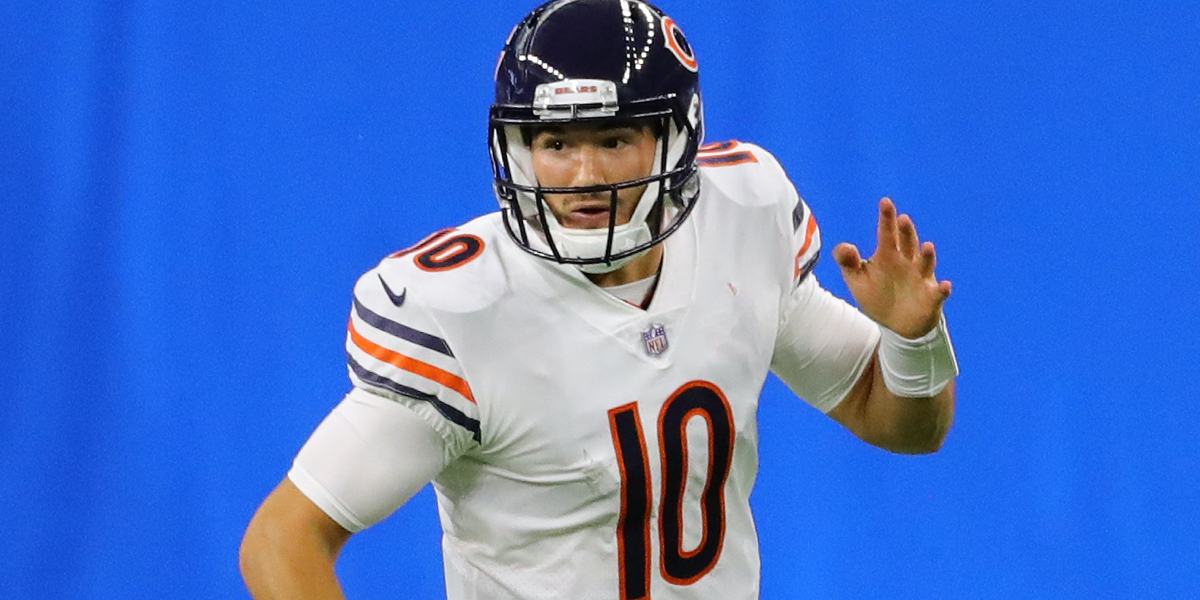 The backup quarterback has long been the favorite player among a certain segment of Chicago Bears fans here, there, and everywhere for as long as I can remember.

So it comes as no surprise to me that — after losing back-to-back games — some folks are clamoring for Mitchell Trubisky replace Nick Foles because time is a flat circle:

Former NFL safety Ryan Clark: "This is not working" with Foles."

Former NFL HC Rex Ryan: "Foles is not a starting QB. This was a mistake. You benched Mitch Trubisky when he was 3-0."

During the broadcast of Sunday’s game, even FOX analyst Troy Aikman made a pitch to get Trubisky back in the lineup. Aikman pointed out how Trubisky’s ability to make plays happen as a scrambler is missed in this offense. Indeed, Aikman makes an astute observation in noting how that aspect of the offense is unavailable because Foles doesn’t have Trubisky’s mobility. Even still … I can’t believe we’re going through this just weeks after Foles replaced Trubisky in the first place.

Then again, it’s very believable that we’re going through this on a Monday.

But here’s the catch. Sure, the Bears miss Trubisky’s running ability that allows him to make something out of nothing when it breaks down. And when those running lanes are visible when watching from home, it’s easy to lament Foles’ lack of athleticism and inability to run to the sticks. But take a good look at what you’re watching. Those lanes are there is because defenders know Foles can’t run. They also know Foles can’t beat them if they stay true to their defensive assignments. If Foles is fortunate to gain a handful of yards, then that’s a win compared to allowing a damaging chunk play to happen behind them through the air.

Remember what defensive coordinators did to Trubisky last year. They plugged running space in numerous ways, thus forcing Trubisky to try and beat them in the air. In other words, the running lanes you see available to Foles wouldn’t be available to Trubisky. Because good defenses adjust. And while good quarterbacks throw a good counter, we saw Trubisky struggle to deliver by air with accuracy or consistency. Hence, the team’s offseason push to find another answer at quarterback.

There’s also a statistical component as to why making a switch doesn’t make sense:

No, #Bears should not switch.