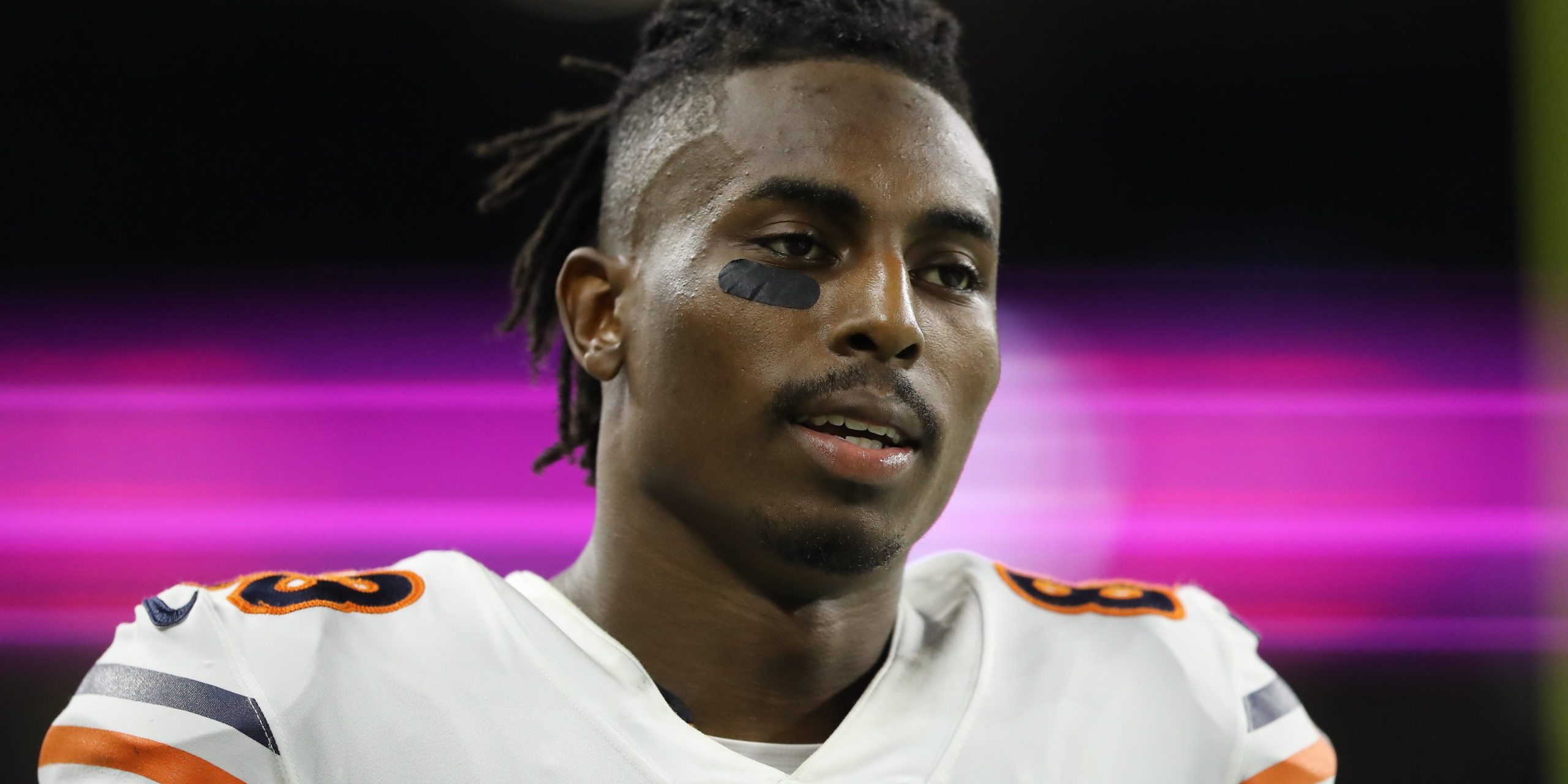 I woke up this morning and bumped my head on the headboard. I’ve had “Gimme Some More” by Busta Rhymes stuck in my head since.

•   Bears Head Coach Matt Nagy sounded like a dejected and defeated man when talking to the media after last night’s loss. But you don’t want to start your Monday on a sour note like that. Just know that the Javon Wims incident really stuck in his craw. Nagy addressed the situation last night, then again this morning:

•   Actions speak louder than words, so I can’t wait to see if what Nagy does backs up what he says.

•   It’s pretty wild how deep this goes. There’s a detailed thread on what sparked the incident in the first place:

THREAD: My Zapruder breakdown of the Chauncey Gardner-Johnson/Javon Wims beef.

It begins on this play on the Bears’ first possession of the second half. After exchanging some words, CJGJ rips Wims’ mouthpiece off and it falls onto the ground. pic.twitter.com/wwQgcbKdJ5

The Bears then suffer a delay of game penalty which pushes them back five yards: right into the mouthpiece! The right guard throws it out which Buck and Aikman recognize.

Foles is sacked which forces the Bears to punt, meaning Wims must wait even longer to retaliate. pic.twitter.com/2Zq4L4K3jo

Javon Wims sat on the bench from ~5:10 to 5:21 CST planning to snatch Chauncey’s mouthpiece back. This is so goddamn hilarious.

•   All of this over a stinking mouthguard? UGH. Chauncey Gardner-Johnson is a known agitator. We should remember that he got into it with Tarik Cohen and Allen Robinson last year. And his own teammate, Michael Thomas, just a few weeks ago. That’s even more reason to know not to get into it with that guy. It’s annoying that Wims let Gardner-Johnson get to him, because that moment turned that game on its ear. Penalty. Ejection. Interception. Lost lead. What an unfortunate turn of events.

•   Worth noting that Wims told Bears officials that Chauncey Gardner-Johnson also spit on him, according to NFL Network insider Tom Pelissero. Considering the league’s COVID-19 protocols, I imagine spitting on an opponent is a no-no. Even still … that’s not an ideal reaction.

Once a gator always a gator. We ride together we play together GATOR BOYS 4Life.. 5-2 on to the next..

•   No matter how you slice it, what Wims did is still selfish an unacceptable. May the punishment be fair, firm, and enough to discourage this behavior from happening ever again.

•   But at least it presented us with tremendous meme content:

Looks like Javon Wims' Wikipedia page has been updated.

•   And to think about how much different the narrative around this game would have been had Eddie Jackson come up with a turnover on a Drew Brees floater. Or if that Roquan Smith pass-breakup would have turned into a pick-six. The Bears would be 6-2 and the vibe would be better, even if the glaring flaws are still evident.

•   Allen Robinson deserves better, as his routes continue to be extra crispy no matter who is throwing him the ball:

•   At least the Bears have a kicker now?

•   David Montgomery would run for 1,500+ yards if he had an offensive line that could create one (1) hole:

With 96 rushing yards yesterday, the Bears jumped over the idle Texans to move into 31st in the league in rushing. Now averaging 85.6 ypg.

•   Leading the league in the wrong categories:

•   It’s a shame that Bears-Saints game left such a sour taste in my mouth, because it totally prevented me from enjoying a funbad SNF game between the Cowboys and Eagles.

#Packers RB A.J. Dillon is the player who tested positive for COVID-19, per source.

Contact tracing is underway. Depending on close contacts, especially within the small RB room, potential competitive implications on Thursday night's game against the #49ers.

•   Something to keep tabs on as the trade deadline approaches tomorrow afternoon:

•   I guess you can trade to make yourself better:

Jets are trading LB Avery Williamson to the Steelers, as @MMehtaNYDN reported.

#Ravens All-Pro LT Ronnie Stanley, already declared out for the season, suffered a fractured and dislocated ankle that also likely includes torn ligaments, source said. He faces a long road to recovery, but should be back and ready by the 2021 season.

•   Toys, Instant Pot, clothes, and ooh RX Bars are among the Deals of the Day at Amazon today. #ad