Signs of Offensive Life, How to Re-litigate the Mack Deal, Titans Moves, and Other Bears Bullets Skip to content 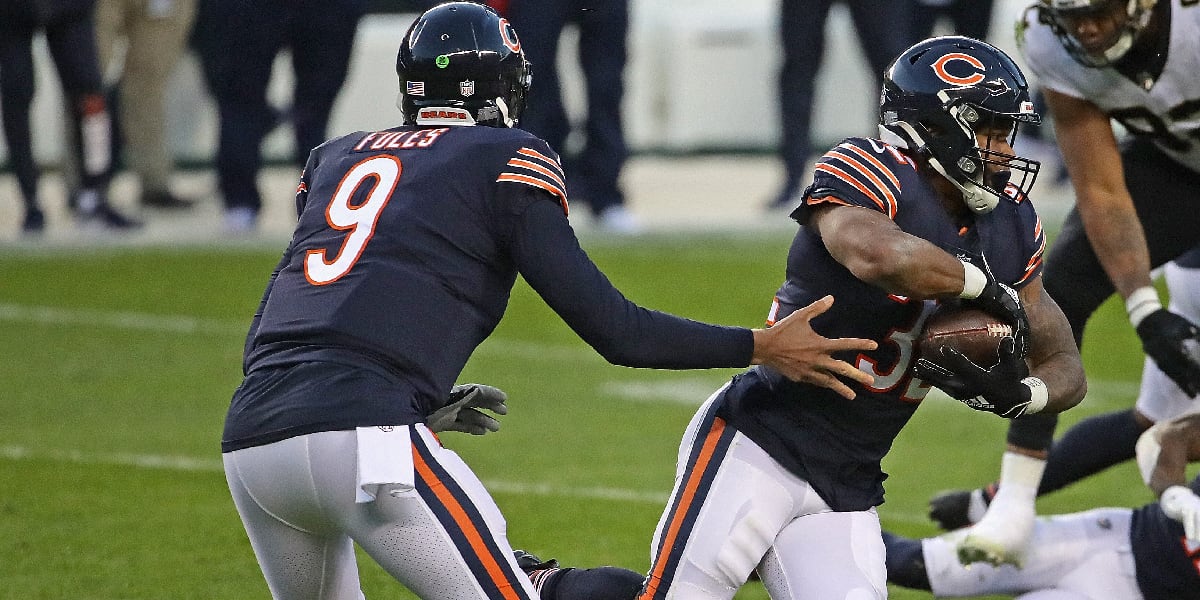 I plan to release a definitive power ranking of the leftover Halloween candy based on how each tastes after being frozen overnight. Sure, I expect Reese’s cups to secure the No. 1 overall seed, but Kit Kats, Butterfinger, Baby Ruth, and Milky Way all want preferential seeding. I’ll look to drop the results on my personal Twitter page later.

•   The Greatest Returner in the History of the World celebrates a birthday today. And we’ll honor his legacy by playing some of his greatest hits:

•   Everyone has a favorite Devin Hester return. And I imagine a vast majority of them would agree on the Super Bowl kick return as being at the top of the list. HOWEVER, my favorite is his first punt return score against the Packers. Firstly, because it was against Green Bay. Secondly, because it was in that exact moment I knew we were watching something special. More than that, I felt like I was about to watch the Greatest to Ever Do It at his specific position. And because those moments don’t always come around for your favorite team, I cherished the heck out of it while I could.

•   Sharing video of Hester’s best returns on the same morning when Ted Ginn Jr. was released is … something.

•   Admittedly, I was excited about the Ginn signing. And while I didn’t necessarily expect peak-Ginn to show up at age 35, I thought his downfield speed and veteran leadership could’ve been useful. So did Matt Nagy, who you might remember recruited Ginn hard all offseason. It’s not a great look to push so hard for a player, only to cut them after eight weeks. But it’s a sensible move, so I hope this is one of those “no harm, no foul” decisions.

•   Moving forward, I’ve got high hopes for Darnell Mooney and his impact down the stretch:

.@ChicagoBears @NickFoles has found his target that can get deep and spark this offense: @Darnell_M1 . Gotta keep feeding him. It’s going to help the run game. It can be an exciting 2nd half of the season for the #Bears pic.twitter.com/TvoeYBpcSD

•   For the record, the offense showed signs of life last week:

I LOVE this toss-out run from the #Bears game against the #Saints — the left side of the line crashes down and surprises the Saints' DL creating easier blocks through leverage advantages while Mustipher & Coward pull to give the RB a lane.

•   What’s most frustrating about the Bears offense is that it shows blips here and there of being a competent bunch. Some of it has to do with Nick Foles being football’s equivalent to a streaky 3-point shooter. But a chunk of it has to do with the inconsistency in play-calling. The bye week couldn’t come soon enough for this team’s offensive coaches. Matt Nagy needs to lock himself in a room with Bill Lazor, Dave Ragone, John DeFilippo, and the rest of the offensive coaching staff, then use their time together to build a collection of plays that can work off each other.

•   One thing that crew should discuss is never taking Jimmy Graham off the field during red zone situations ever again:

•   If we must re-litigate the Khalil Mack trade, this is the way:

With the NFL trade deadline coming and going, I wanted to look back at the Khalil Mack trade — the blockbuster that it was for the #Bears and Raiders.

I charted it and it's got more legs than you think.

If you're into draft capital, this is for you.https://t.co/vBYVDrCWlt

"I just don't know if there is any more you can get from Nick Foles." 🤷‍♂️

The Foles vs. Trubisky debate returns!

🎙️@adamjahns + @kfishbain dig into why Matt Nagy hasn't made a change, answer your questions & heated voicemails as week 9 arrives.

•   Air fryers, toys, Segways, bikes, cameras, headphones, and much more are your Deals of the Day at Amazon. #ad

Titans have informed OLB Vic Beasley that he will be released on Wednesday.

•   A consensus is growing around the Chicago Bulls and one specific draft target:

Four New Mocks All Have the Bulls Drafting the Same Guyhttps://t.co/eV7SXP2hJa