Drew Brees is All Kinds of Jacked Up - Multiple Broken Ribs, Collapsed Lung Skip to content 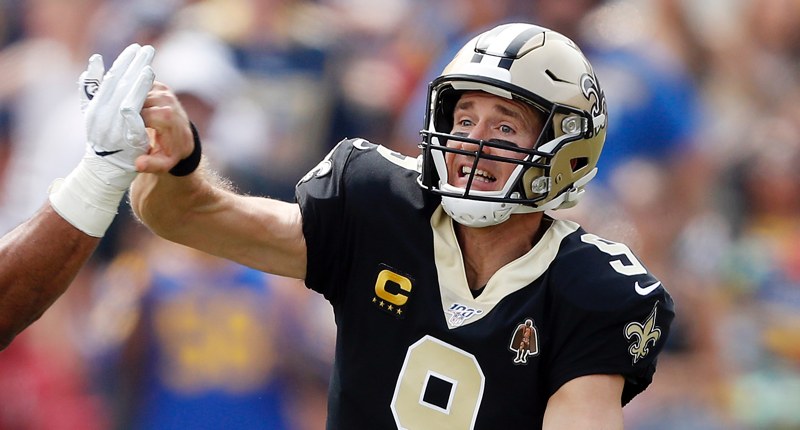 When the New Orleans Saints had to turn to back-up Jameis Winston yesterday, it was a fair bet that the usually-sturdy Drew Brees was pretty banged up.

Saints’ QB Drew Brees has multiple rib fractures on both sides of his chest and a collapsed lung on the right side, per @WerderEdESPN.

Drew Brees has “multiple rib fractures” and a collapsed lung, per @WerderEdESPN

The 41-year-old QB has been advised to be cautious pic.twitter.com/cduhXKS9Ra

“Your middle part is busted, sir, so you may want to be careful.”

The timeline on Brees’ injury is undetermined at this point, but the Saints have reportedly prepared themselves to be without Brees for a bit.

Winston wound up going 6-10 for 63 yards (incredibly, he didn’t throw five touchdown passes and six interceptions) to hold onto the Saints’ win over the 49ers. Perhaps he’s about to get a few weeks to show the market what he can do, a la Teddy Bridgewater last year.

At 7-2, the Saints sit a half-game ahead of the Bucs (7-3) in the NFC South, and figure to be firmly in the playoffs barring a massive swoon from here. I suppose that become modestly possible after the Brees injury, though I mostly just think of the Bears blowing a golden opportunity to beat the Saints a couple weeks ago.