Have We Arrived at Rock Bottom? And Other Bears Bullets Skip to content 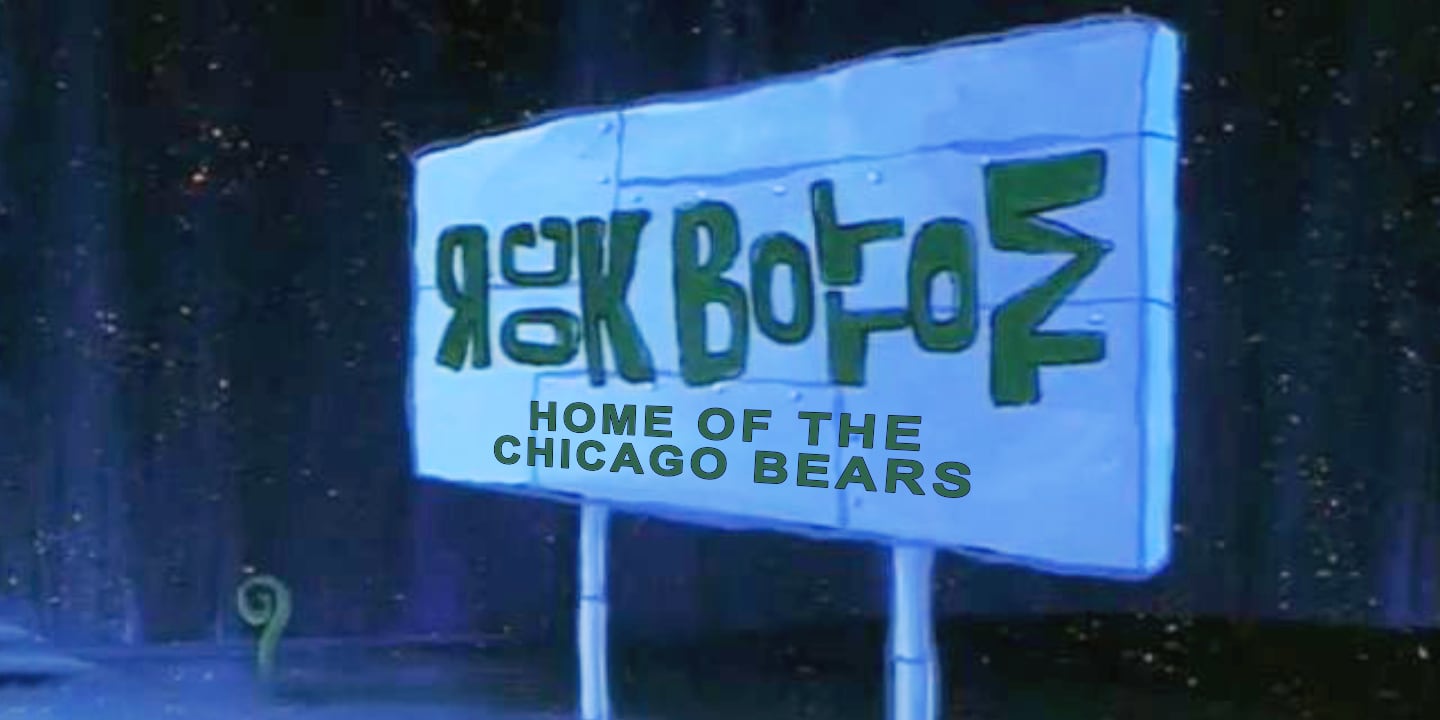 My sincerest “thanks” go out to those of you who follow us on Twitter. You pushed us past the 25,000 follower mark during last night’s game. We couldn’t have this community of Bears chatter without you. And while I wish Chicago’s football team gave us more fun things to talk about, I’m thankful to talk to you folks about what’s in front of us. Onward.

•   Because there is an argument to be made that the Jets aren’t a real professional football organization, one could make the case that the Bears have the NFL’s worst offense:

•   It’s a tale as old as football itself. Nothing matters if your quarterback play is subpar. You can hire a GM from a prospering organization, bring in a hot-shot coordinator from a fruitful coaching tree, build an elite defense, and supplement it with a superb special teams unit. But it doesn’t matter if the quarterback play is subpar. It doesn’t matter who calls plays if the quarterback can’t execute. And now, the Bears are on the cusp of wasting another superlative defense.

Vikings came into the night allowing 412.9 yards per game. The Bears managed 149.

•   It’s almost as if you have to TRY to be that bad, especially against that defense.

•   I feel bad for Bill Lazor. His play-calling debut started well enough. There was tempo, rhythm, gadgetry, movement. All of the stuff we wanted to see from him early. But the Bears didn’t block it well enough to sustain it. And when they did, the execution failed behind it. Then when the time came to throw a counterpunch, the offense swung wildly and missed terribly.

•   Meanwhile, the most explosive plays came when the ball was in the hands of Khalil Mack…

KHALIL MACK DID A THING pic.twitter.com/OMKcX8YMl4

The kicker no longer has pants. pic.twitter.com/ObQtZXXHU0

•   Find someone who looks at you the way Eddie Jackson looks at Cordarrelle Patterson during this run-back:

Eddie Jackson runs along the sideline with Cordarrelle Patterson as Patterson returns the second-half kickoff 104 yards for a touchdown. #Bears lead the Vikings, 13-10 https://t.co/naQ83t603F pic.twitter.com/dL0KhyoZ0C

•   While I don’t believe the Bears will lose out, they are a threat to lose any game after the bye because of offensive numbers like this:

•   Here’s a good thing: Cairo Santos had made 14 consecutive field goals. He is currently running an 89.5 percent success rate and has scored 69 points this season. That’s nice, but far too many points have come courtesy of field goals when the team needed touchdowns.

•   Dalvin Cook managed just 3.2 yards per attempt on 30 carries, gaining traction only after Akiem Hicks went out with an injury:

Dalvin Cook picked up 57 of his 96 rushing yards after the Bears lost DT Akiem Hicks late in third quarter, including his biggest runs of 13 yards and 14 yards (on 3rd-20). Had 39 yards on 19 carries when Hicks left the game.

•   Nothing like swaggin’ out after your opponent loses its best run-stuffing weapon.

•   In the previous week, Derrick Henry was limited to just 3.2 yards per carry by the Bears’ run stoppers. And the Bears offense did NOTHING with it. Remember when the run “D” was a primary concern? Those days are well behind us now. Sigh. We don’t deserve this defense.

•   I don’t want to rail against officiating in a game the Bears offense didn’t want to win, but this has got to stop:

we only call roughing on certain QBs pic.twitter.com/s4499diEBe

•   And as Warren Sharp adds in a follow up tweet: “[T]he absolute last thing we need is a retired ref making excuses on TV for real refs blowing obvious calls.”

•   Allen Robinson deserves better … and his agent knows it:

•   At least Harry Hiestand doesn’t have to deal with this mess:

How the Bears defense is looking at the Bears offense pic.twitter.com/aRpiFepsuU

The defense to the offense in the Bears locker room after every game. pic.twitter.com/spFM8kAIB9

I imagine this is what the Bears defense thinks about the Bears offense on a regular basis pic.twitter.com/zDWJVpCD0h

The Chicago Bears are going to waste a championship caliber defense and dozens of hours of my life because they couldn’t ascertain the star quarterback at Clemson, who won a national championship on a last minute drive, was better than a 1-year starter at North Carolina.

•   Laptops, board games, Roomba, fish tanks, toys, and much more are your early Black Friday deals at Amazon today. #ad