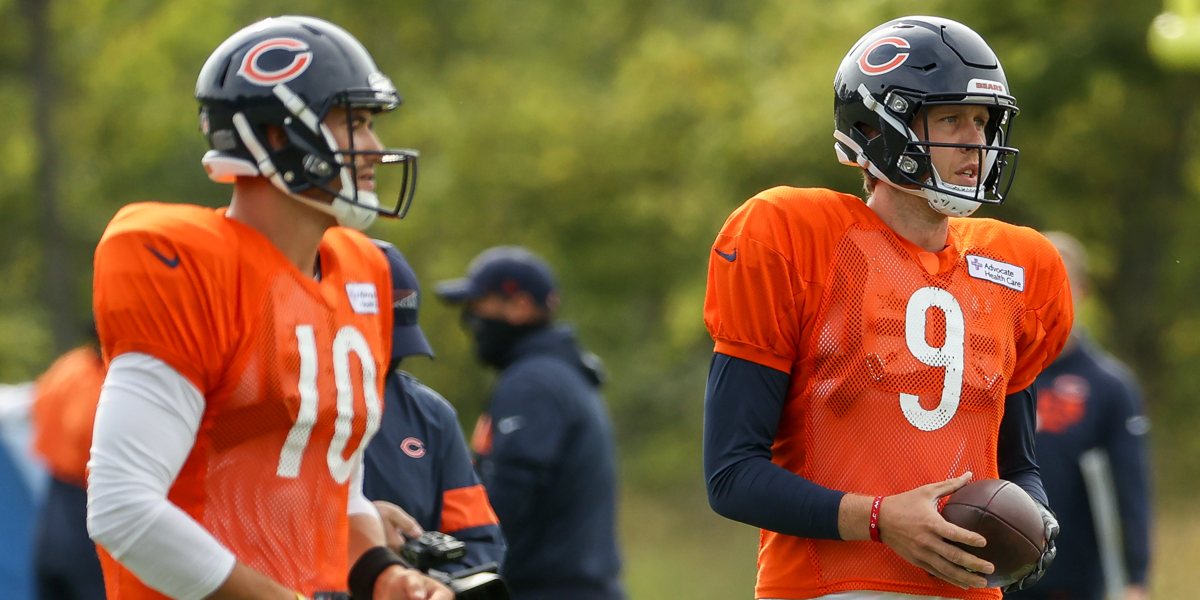 Matt Nagy’s refusal to name a starting quarterback right now means very little, because we’ve basically gotten to a point where whichever option is healthiest – Mitchell Trubisky or Nick Foles – will start on Sunday against the Packers.

And while it’s just the first injury report of the week, it’s quite telling:

Mitchell Trubisky practiced in full without restriction. Nick Foles did not. Trubisky was a full participant for the first time since injuring his shoulder in Week 8. Foles was a non-participant in the team’s first practice since suffering a hip and glute injuries in the fourth quarter in Week 10. Sure, there are still two more injury reports to go, but I think it’s becoming clear who is starting against the Packers on Sunday.

As for the rest of the injury report *tugs on collar* it’s not great. But it could be worse.

At least Trubisky was joined by some familiar faces in the huddle. Running back David Montgomery (concussion), center Sam Mustipher (knee), and guard Rashaad Coward (ankle) practiced in full. As did linebacker Barkevious Mingo (shoulder). Getting Mustipher back into the rotation of offensive linemen would be a pleasant addition for a group that needs all hands on deck.

We’ll have more regarding the change later. In the meantime, enjoy your Thanksgiving holiday safely and to its fullest extent.