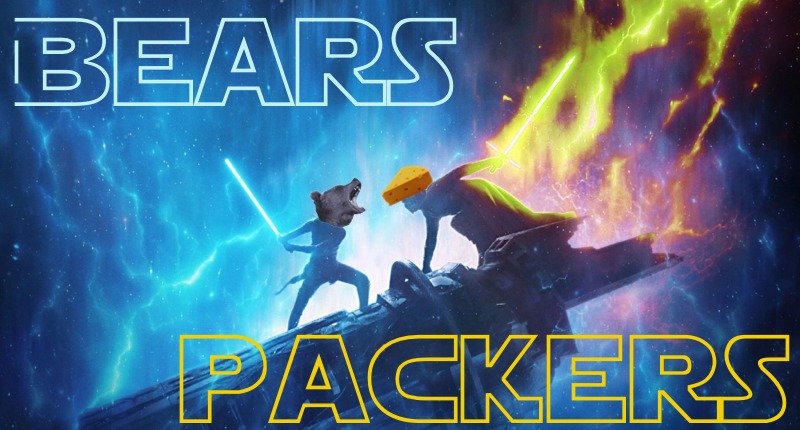 Mitchell Trubisky is back at quarterback. And I can’t front … I’m looking forward to it.

Some of it is due to this hype video:

But mostly, I love a good redemption story. And here it is on our plates.

Mitchell Trubisky arrived as a much-ballyhooed quarterback prospect who GM Ryan Pace believed was the one to make fans forget about the team’s miserable past when pursuing quarterbacks. And for what it’s worth, Pace wasn’t alone in his assessment. Pro Football Focus placed Trubisky at the top of their pre-draft quarterback rankings in 2017. So did Lance Zierlein (NFL.com), Mel Kiper Jr. (ESPN), Todd McShay (ESPN), Terez A. Paylor (Kansas City Star), Dieter Kurtenbach (FOX Sports), and Charlie Campbell (WalterFootball.com). Trubisky wasn’t a sure thing, but the prospect-scouting community clearly liked what they saw from the North Carolina product. But save for his efforts in 2018, Trubisky has yet to live up to his potential.

On Sunday, he’ll get a second chance at showing what he can do.

This is where the fun begins. Again.

The Packers lead 98-94-6 in 198 regular-season meetings. These two teams have split the two postseason games against each other.

Allen Robinson II racked up two *HUGE* games against the Packers last year. In Week 1, he caught seven passes for 102 yards. And in the rematch, he caught seven more balls for 125 yards. No matter who is quarterbacking, Robinson’s route running and hands make him an excellent target. He should be targeted early and often on Sunday night, especially when the Bears get in the red zone. There’s no need to force feed it to anyone who isn’t wearing No. 12 in white and navy.

David Montgomery returns to the lineup in the nick of time! The Packers give up the most fantasy points to the running back position, per Yahoo!’s scoring system. Minnesota’s Dalvin Cook scored five touchdowns in two games against Green Bay. Meanwhile, the Packers have also yielded two-touchdown games to Todd Gurley II and Ronald Jones II. James Robinson didn’t score a touchdown when the Jaguars nearly pulled off an upset at Lambeau, but he carried it 23 times for 109 yards. There should be ample opportunity for Montgomery to get his on Sunday if Bill Lazor calls an effective game plan.

Jimmy Graham lands here not because the Packers yield a ton of yardage and scores to tight ends. In fact, they’ve locked down opponents tight end receiving options for most of the year. But I can’t rule out the #RevengeGame factor. The Packers cut Graham last offseason, and I imagine that was a sobering moment for a guy who’s spent most of his career as a top tier talent at the position. If there’s a game where Graham will show out, it’s gotta be this one. Right?