Are We On Obsessive Rams-Cardinals Watch Yet? And Other Bears Bullets Skip to content 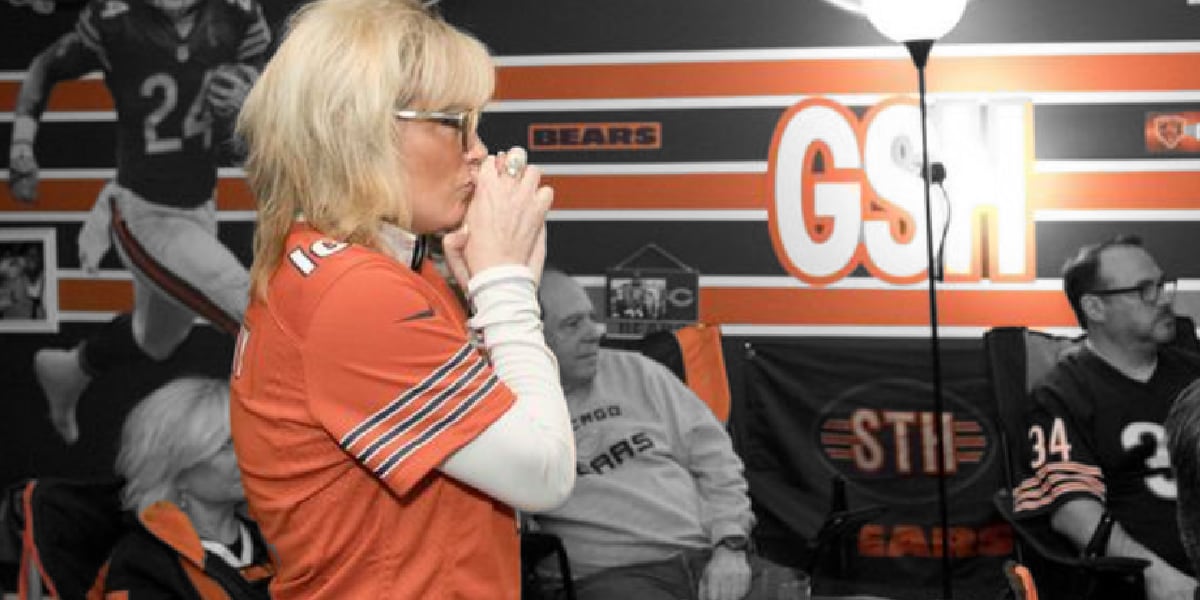 Here’s how you can lend an assist:

Big reason the State of Illinonois #BIGNothing grant denial yesterday sucked was we were depending on that to cover staff payroll during the winter.

But now you can help us do that! Sponsor a staff shift & good karma and social media glory will be yours! https://t.co/9lHhk0jFlU

And last but in no way least, our staff has their own @gofundme run by @niseilou – even if you can't make it in and hate our twitter account you can help the staff directly this winter by giving there. https://t.co/1ZkK5gAVF7

And here’s one last reminder as we leave 2020 in the dust and head into 2021: I encourage you to do what you can to support your favorite local businesses. You know that saying your parents told you about how you don’t know what you’ve got ’til it’s gone? That’s very much applicable right now. So let’s try keeping our favorite places rolling.

•   Outside of Bears-Packers, the NFC’s most important game will be played between the Rams and Cardinals. Both teams need wins to get in. And either could be eliminated with a loss if Chicago defeats Green Bay. But while Los Angeles will enter action without its starting quarterback, Arizona’s signal caller is ready to roll:

Kyler Murray said his leg feels fine and he will be ready to go against the Rams: “There’s no holding back. If we lose, I’ll be home chillin’.”

•   As a reminder, a Cardinals win and a Bears loss means Chicago misses the playoffs. And if the Bears go back-to-back seasons without a postseason appearance, there’s a potential for a reckoning looming on the horizon. Just in case you forgot what the guys in navy blue and orange are playing for this weekend.

•   On the other side of the field, the health update isn’t all that encouraging:

Rams’ HC Sean McVay on the status of WR Cooper Kupp for Sunday’s game vs. Arizona: “We placed him on the COVID IR. That's really all I can say about that. His status for the game, he's probably not likely to be available for us."

•   So the Rams could be without starting QB Jared Goff, stud RB Cam Akers, their other stud rusher Darrell Henderson, and their top receiver. Cool, cool, cool. I’m still riding with John Wolford, though. Or at minimum, I’m rolling with the chances that Sean McVay out-coaches Kliff Kingsbury. Yeah, that’s the ticket.

The #Rams announce that LT Andrew Whitworth has returned to practice. He was targeting the playoffs to return… but could he return sooner?

•   And if all else fails, the Rams signed Blake Bortles off the Broncos’ practice squad. In case you’ve forgotten, Bortles is 2-1 in playoff games. And probably would’ve had a third win had fortunes not favored Tom Brady’s Patriots, as they almost always seemingly tend to do in January. Some guys get all the luck.

•   One reason we have an eye on Rams-Cardinals is because of this ghastly trend:

Sunday marks the sixth time the Bears and Packers have met in Week 17.

Green Bay is 5-0 in these season finale matchups.

•   Then again, all I see here is that the Bears are totally due for a win here.

•   Larry Mayer (ChicagoBears.com) dives into the history of the Bears playing for a playoff bid in the regular-season finale. Some people might see Chicago’s history and see it as some sort of harbinger of doom. I wouldn’t do that, but that’s just me. But also … past performance doesn’t indicate future results. And even if it did, the Bears’ past would tell us a big nothing. In eight games played since The Merger in 1970, the Bears have (1) won twice and clinched a playoff spot, (2) won two games and failed to make the postseason, (3) slid into the playoffs despite losing, and (4) lost three games and ultimately failed to qualify for the tournament. In other words, don’t waste your time trying to find present-day meaning in something that happened years ago.

•   A hearty congratulations goes out to Mitchell Trubisky for his award-winning performance in 2020:

•   Seriously. Kudos to Trubisky for winning an award that encapsulates what he is as a person that causes his teammates to rally around him. In a year that has been challenging, flummoxing, frustrating, and tough at its core, Trubisky has been honest, accountable, real, and genuine with his reflections. Trubisky has gone through some things in 2020. And yet, he’s faced the music at every turn. He’s done far better than I would’ve if put into a similar situation.

NEW POD! We break down Week 16 plus preview Week 17 for the #Bears in a win and you're in game. Listen below:https://t.co/pEjzoxNXGk

Complete list of NFL teams that have scored 30 or more points in each of their last four games:

Looks like #Bears DB's were gifted PS5's for Christmas by teammate Eddie Jackson.

•   There will be plenty of time for Eddie Jackson and his teammates  to play Madden ’21 on PS5. In February. After the Bears win the Super Bowl.

if I could do life over again I would change a lot, but I don’t think I’d change a thing as it pertains to this… and I guess all the things that I WOULD change could have brought me to a different place and not this moment in history four years ago 🇺🇸 https://t.co/eKF0PJuUiB