REPORT: Bears Could Target Chiefs Exec Mike Borgonzi to Replace Ryan Pace (If It Comes to That) Skip to content 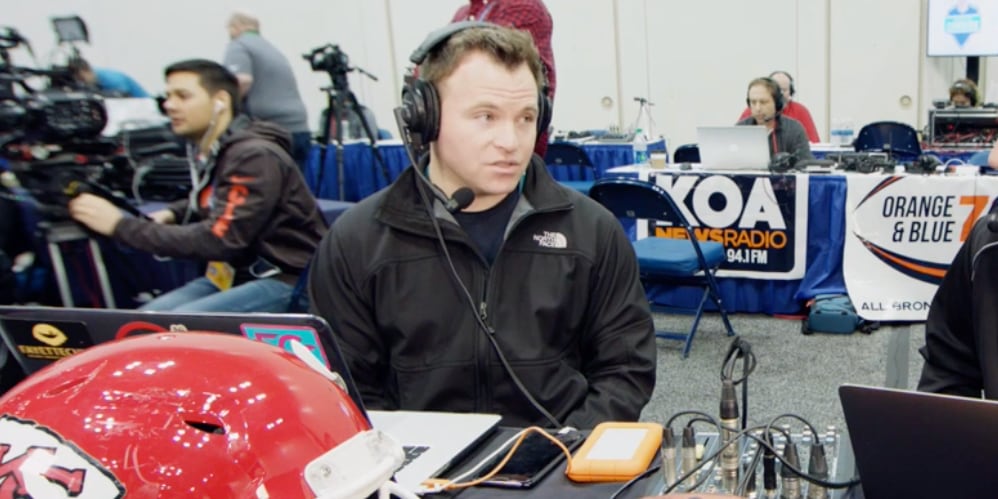 Just because the Chicago Bears qualified for the playoffs doesn’t mean change can’t (or rather shouldn’t) be on the horizon.

Brad Biggs of the Chicago Tribune always has a stock-pile of goodies, nuggets, and tidbits loaded into his Monday morning “10 Thoughts” columns. But what might stand out most is this morsel of information looking forward beyond when the Bears’ playoff run ends.

Because if GM Ryan Pace wasn’t on the hot seat before, he’s on it now:

“Rumors have circulated in the last week that the Bears could target Kansas City Chiefs director of football operations Mike Borgonzi. This is speculation, but I heard this from two unrelated sources in the last few days, and with the Chiefs earning the No. 1 seed in the AFC playoffs, Borgonzi wouldn’t be available to be hired away until the season is complete for the defending Super Bowl champions.”

Not only is Borgonzi part of a Chiefs front office that has built what appears to be a Super Bowl contender, he has a prior relationship with Bears Head Coach Matt Nagy dating back to their time together in Kansas City. I reckon that if the Bears wanted to thread the needle by keeping Nagy and hiring a new GM to work with him, bringing someone with a pre-existing relationship with the coach makes sense. And for what it’s worth, this isn’t the first time this concept has been thrown out.

To be clear, Borgonzi wouldn’t be simply a hire to appease the head coach. Borgonzi has climbed the football executive ladder over the years. His résumé is a decorated one:

In other words, Borgonzi has worn a fair amount of different hats with various responsibilities over the years. That type of work history will likely make him a popular candidate elsewhere. So maybe the Bears should make sure they have their ducks in a row ahead of time. You know, so they’re ready when the offseason starts. Just a thought. And one that should be considered because a whole mess of teams are already off and running.

Of course, this isn’t to say Borgonzi is The Guy (or even a guy in waiting). There’s so much that has to play out between now and when a decision goes down. But that Biggs is already hearing Borgonzi could be a fit in Chicago is quite telling. So stay tuned. This might be the first domino to fall in what could be an offseason featuring some key changes, even after a playoff experience.