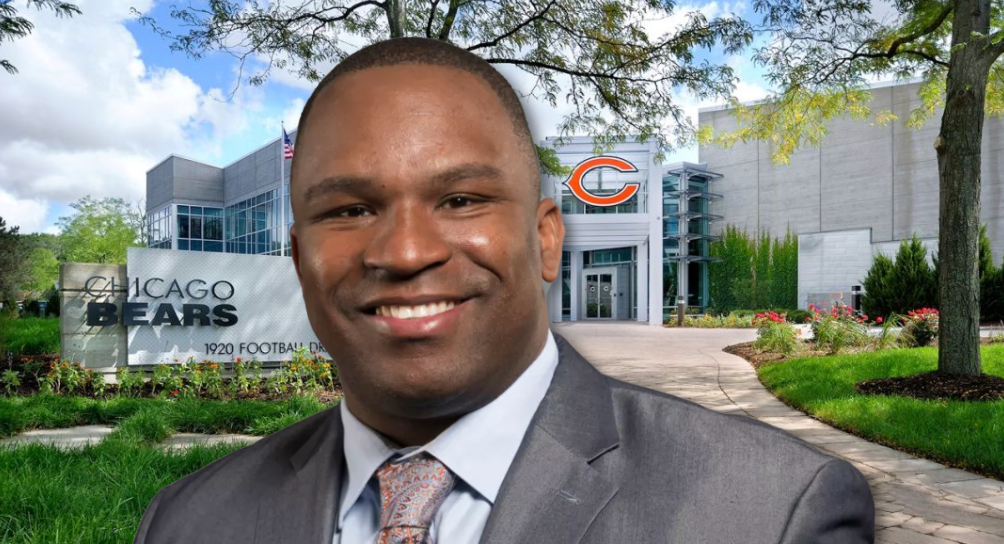 It’s felt like a matter of “when” and not “if” Champ Kelly was going to land a general manager’s job in the NFL, ever since he finished runner-up behind Joe Douglas for the Jets gig. So it should come as no surprise that there’s a notable buzz around Kelly’s name now that seven GM jobs are already open.

And with all these openings, there’s some early interest in the Bears exec:

The #Panthers put in a request to interview #Bears Assistant Director of Player Personnel Champ Kelly, source said. Would expect onenjs coming from the #Broncos, too.

NFL Network insider Ian Rapoport tweets the Carolina Panthers have requested to interview Kelly. As we discussed yesterday, we figured Chicago’s Assistant Director of Player Personnel would emerge as a candidate elsewhere. And while the Panthers are one team whose has confirmed interest, his mentioning the Broncos as another potential fit isn’t unexpected. Because it sure seems like Kelly is an early favorite for that job, which opened up on Monday when John Elway stepped away from his GM duties.

Some buzz from Denver:

If I had to handicap it, I'd say Champ Kelly was the early leader in the clubhouse.

We'll discuss it all, with all the latest inside info you won't get anywhere else at 8pm on Broncos Country Tonight.

GM candidate who may check most boxes for Broncos: Champ Kelly. 1) Worked under Elway in DEN. 2) Worked w/Fangio in CHI. 3) Broncos haven't been stellar in minority hiring on football side 4) Kelly started most of his community work in Denver 5) Great character 6) Smart #9sports

Kelly sure makes a lot of sense for Denver, which hired him as a scout in 2007. From there, Kelly rose through the ranks to land two promotions within the organization. He was Assistant Coordinator of Pro and College Scouting (2008-09) and Assistant Director of Pro Personnel (2010-14). Kelly followed John Fox in leaving Denver for Chicago, becoming the Director of Pro Scouting (2015-16) before his current position. Between his Denver roots and prior relationship working with Broncos Head Coach Vic Fangio, the fit is almost too perfect.

So let’s keep an eye on which teams inquire to interview Kelly. And ultimately, let’s track where he lands. There could be draft-pick compensation that comes with his departure. So while the Bears could be losing a valued member of their front office, it might not all be bad.