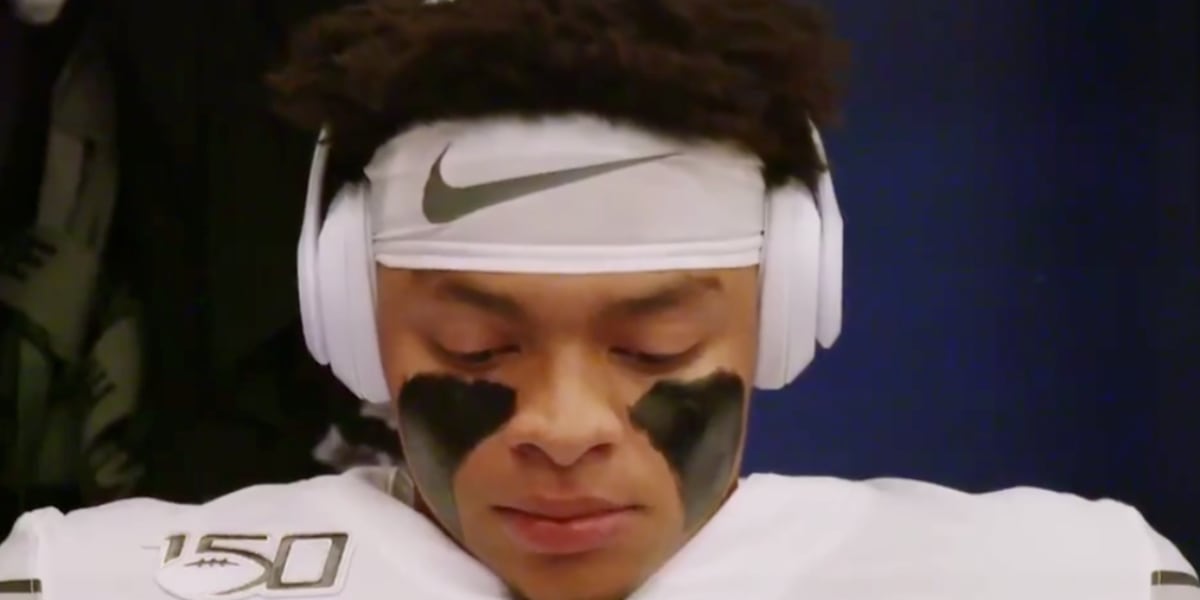 While there is an obvious reason as to why we’ve got a hyper-focus on what’s happening with Deshaun Watson lately, he isn’t the only quarterback we have eyes on this offseason.

Because if the Chicago Bears don’t find a quarterback solution via trade or early in free agency, it would leave the 2021 NFL Draft as the last place to land a potential long-term solution.

Near the top of that prospect list will be Ohio State’s Justin Fields:

And with that, Fields enters the fray, where he will becomes one of the draft’s most highly sought-after prospects.

Fields, 21, is one of the most accomplished draft-eligible quarterbacks on this year’s board. He was a Heisman Trophy finalist, second-team All-American, first-team All Big-Ten, and the conference’s Quarterback of the Year in 2019. A year later, we witnessed Fields repeat as a first-team all-conference player and earn the Chicago Tribune Silver Football — which goes to the Big Ten’s best player.

Fields picked up 2,100 passing yards, threw 22 touchdowns, and just 6 interceptions in 8 games in 2020. He added 383 rushing yards and 5 more touchdowns. A true dual-threat quarterback, Fields is one of those prospects you can’t ignore.

Check out some highlights:

If not for Trevor Lawrence being in this class, we’d likely be talking about Fields as this crop’s QB1. Instead, Fields and Zach Wilson are essentially neck-and-neck when it comes to the 2021 class’ QB2. And that pretty much puts Fields in line to be a top-3 pick. But one mock draft has Fields dropping out of the top-10, to which I say the Bears better be interested.

There is a general consensus that Fields will be a top-10 pick. And because the Bears pick 20th, it might be difficult to envision a path to landing a player like Fields. Therefore, Fields might get lost in the shuffle for some hunting for Chicago’s next quarterback. However, a reminder that the Chiefs owned the 27th overall pick in the 2017 NFL Draft when they traded up to take Patrick Mahomes.

Additionally, the Texans had the 25th overall pick in the same draft when they selected Deshaun Watson. In other words, teams with conviction on a specific prospect have shown a willingness and ability to move up the draft to get their guy. And Fields seems like the type of prospect a team desperate for quarterback help would move up to get.