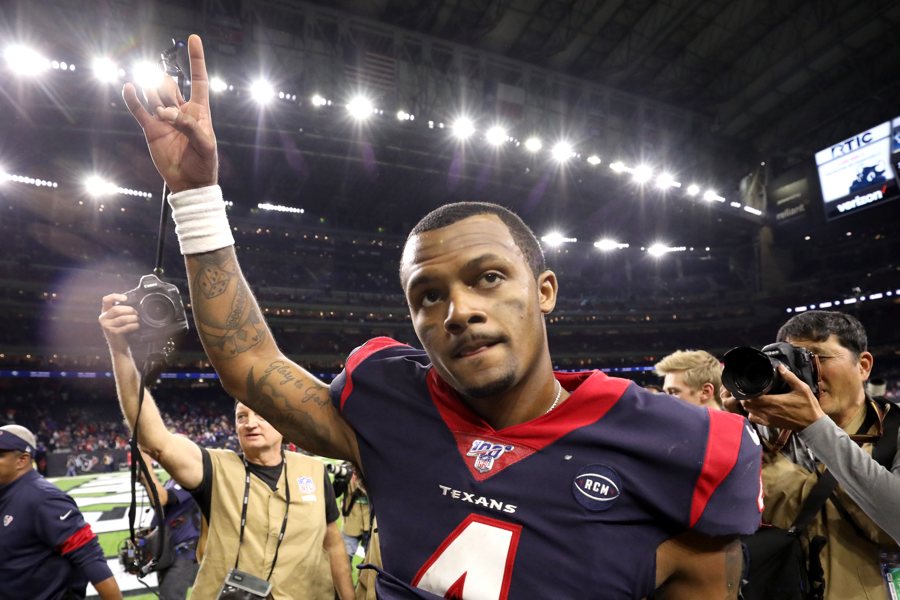 Who needs coffee to get things going when you can have an ESPN insider list the Chicago Bears as a possible destination for Deshaun Watson if the Houston Texans pull the trigger on a deal.

Jeremy Fowler doesn’t go too deep into how it could happen, but the Bears are his first mention as a possible team after the obvious Jets and Dolphins. That should open some eyes. And his mention that there are some within the Bears’ organization who want Watson should similarly make your ears perk up.

To be clear, there are other teams who will want in. Washington’s football team and Carolina are also as possible destinations mentioned by Fowler, and there are, of course, others. But don’t let a crowded marketplace deter your enthusiasm for having the Bears actually pursue one of the five best quarterbacks in the game, should he become available via trade.

The cost of doing business in a Watson deal will be extravagant, to be sure. Fowler says three first-round picks as a starting point, with the preference being high first-rounders. The Bears don’t pick until 20th in the upcoming NFL Draft. But perhaps a scenario exists in which the Texans could  project Chicago’s future picks being higher than what other teams’ picks might be? Even with Watson? There is also a mention of tacking on a rising young veteran to sweeten the deal. Again, there aren’t too many specifics in the clip above on next steps. But it’s still noteworthy that (1) we’re talking about such a deal and (2) the Bears are already connected. So stay tuned.