Are We Bucs Fans Today? And Other Bears Bullets Skip to content 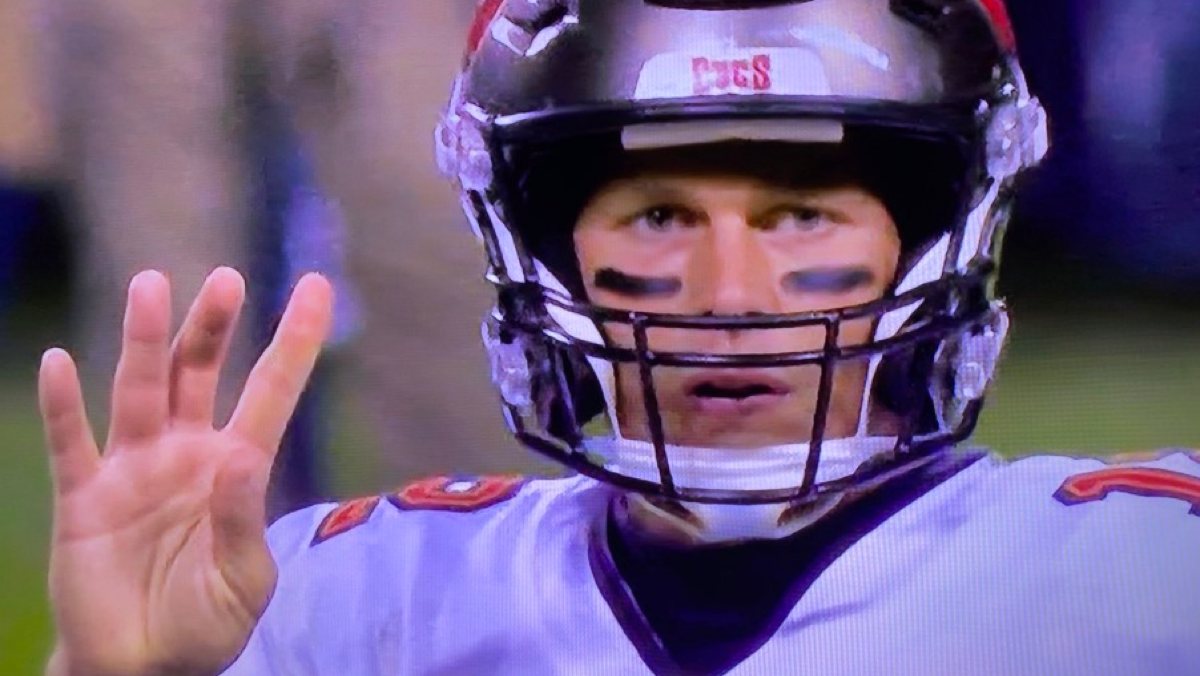 Every time I’ve turned on the TV this weekend, a Star Wars movie has been on. That didn’t change this morning. But around 2 p.m. CT, it’ll be all football for me.

•   The three games remaining in this football season are the NFC Championship (featuring Tom Brady and Aaron Rodgers), AFC Championship (starring Patrick Mahomes), and the Super Bowl. So while part of me is bummed that this season is coming to a close, at least we’re set up for some good games.

•   What is the most alluring Super Bowl matchup? For me, it’s Bucs-Chiefs. I’m totally here for Mahomes-Brady III. And not just because it’s a matchup between a quarterback the Bears passed on drafting and one they were interested in signing last offseason.

•   Are you as bothered by the idea of the Packers hoisting the George S. Halas trophy at Lambeau Field as I am? If so, you’re in the right place.

•   A reminder that, while the NFL’s push for hiring diversity has yet to net major gains, there are still plenty of quality candidates out there:

•   And at least two of them have the Texans’ eye:

Bills’ DC Leslie Frazier and Chiefs’ OC Eric Bieniemy – whose units will square off in today’s AFC Championship Game – have begun assembling coaching staffs with the idea that they are prime candidates for the Houston Texans’ HC job, per sources.https://t.co/0FqHAneuRh

•   And to think, it’s possible Deshaun Watson’s issues with Houston could’ve been nipped in the bud long ago had the team taken its quarterback’s suggestion to interview Eric Bieniemy early. Instead, the Texans are angling to interview him late in the game — but only after Watson’s beef with the organization became public. That’s not how good organizations function.

#Packers safety Adrian Amos talks about facing Tom Brady and the #Buccaneers in the #NFCChampionshipGame Sunday.

•   The Bills are a team that passed on drafting Patrick Mahomes and lived to tell about it:

New Story. You're going to hear about the 2017 draft a ton during Sunday's game between the Chiefs & Bills.

So how did the Chiefs get Patrick Mahomes?@JaysonJenks, @SandoNFL, @danpompei & I provide an inside look behind the historic trade. https://t.co/hL9cyTJ6im

•   Here’s to becoming the first player to be on the losing end of two playoff games:

After Packers’ CB Tramon Williams was elevated from Green Bay’s practice squad today, he now is on track to become the first NFL player in history to play for two different teams during the same postseason; Williams played this postseason for the Ravens, before signing w/ Packers https://t.co/SaQQ2LeCvl

Spent today talking to a few sources on the Deshaun Watson story.

No disrespect to other reporters, but I’ve been told the Jets are NOT his preferred destination should a trade take place.

His no trade clause makes this very important.

From @NFLGameDay: #Chiefs QB Patrick Mahomes is out of the concussion protocol… but turf toe is a legitimate issue. He’ll see a specialist after the season to determine if he needs surgery. pic.twitter.com/q2kOObBuMc

•   Fewer teams means a lessened likelihood of positive tests. Nevertheless, no positive tests suggests that players, coaches, and staffers aren’t messing around with a Super Bowl berth on the line:

It has been over a week since the last positive COVID test by players or personnel with any remaining playoff teams. Never out of the woods, but a good sign that people are being extra careful with Super Bowl LV just two weeks away. https://t.co/wUtzIVsIoo

•   The Eagles are hiring Jonathan Gannon to be their new defensive coordinator, tweets NFL Network insider Ian Rapoport. Gannon interviewed for the Bears’ DC gig that went to Sean Desai. Elsewhere in Philly, the gang has other issues to handle on its coaching staff.

•   I had never seen this before today:

This was one of my dads last interviews before he passed away. Here’s one of my fav clips from the interview. My dads words couldn’t be more true. #MoreLoveLessHate @walterpayton #Bears #RIPLarryKing 🙏🏽 pic.twitter.com/TiHAwY6hkx

Highest pass-rush grade among all defenders

#Bears have zero excuse not to land a solid QB this off-season. No, I don’t think Stafford is an option for them (for obvious reasons) but it means there’s one more veteran QB that’ll be moved. One less suitor for guys like Watson, Prescott, etc.

•   I realize today is a big gambling day, but allow me to remind you to wager responsibly:

Huge day, so get a huge offer – just go to https://t.co/TBhg1dSgw6 to snag it! pic.twitter.com/VxbGCxpaM6