Even after hiring Sean Desai as their defensive coordinator, the Chicago Bears have needs to fill in their coaching ranks on that side of the ball.

The latest defection is their outside linebackers coach:

The #Bears coaching staff remains a work in progress and another assistant is not expected to return – OLB coach Ted Monachino.https://t.co/9dYc4pokET

Brad Biggs of the Chicago Tribune reports Ted Monachino isn’t coming back for a third season as Bears OLBs Coach.

Monachino’s departure isn’t wholly unsurprising. Chuck Pagano brought in Monachino in 2019 when he joined Matt Nagy’s staff. And with Pagano retiring, it makes sense that Monachino wouldn’t be back in the fold. Nevertheless, the Bears now have three defensive assistants to hire. Because in addition to OLBs Coach, Chicago has vacancies at DL Coach (Jay Rodgers) and Safeties Coach (Desai). Hope you’re enjoying your promotion, coach. You’ve got some spots to fill on a staff that needs to get the most out of a defense that carries more than its fair share of weight around Halas Hall.

Biggs mentions Bill Shuey as a possible internal candidate to replace Monachino, Shuey has three years of coaching experience in Chicago, with the last two coming as Defensive Pass Analyst/Assistant Linebackers Coach. Previously, Shuey was a Defensive Quality Control Assistant in 2018. That role had him working with defensive linemen, linebackers, and special teams. If in-house promotions continue to be all the rage at Halas Hall, then perhaps Shuey fits.

Otherwise, the Bears have what would appear to be a plum job opening. Because who wouldn’t want the opportunity to coach up Khalil Mack? 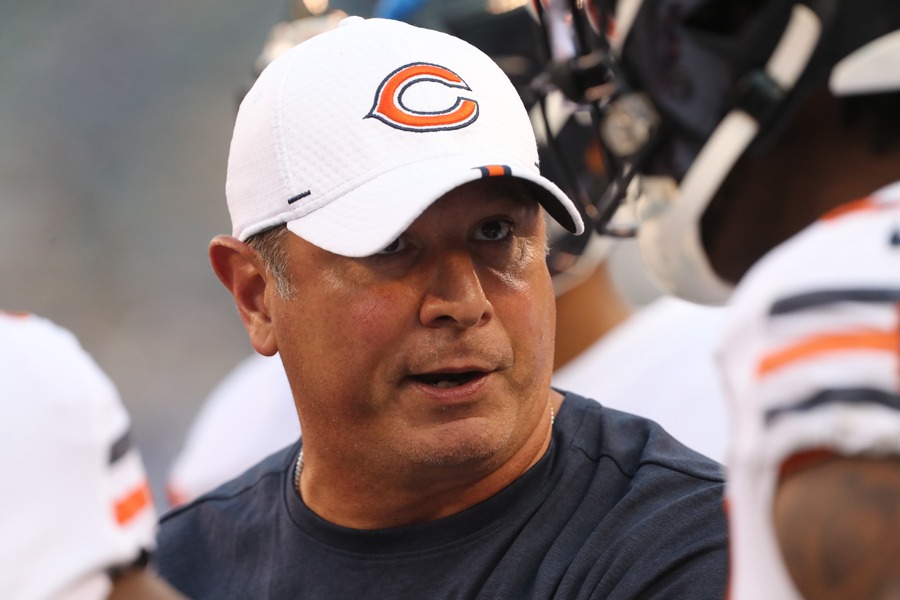