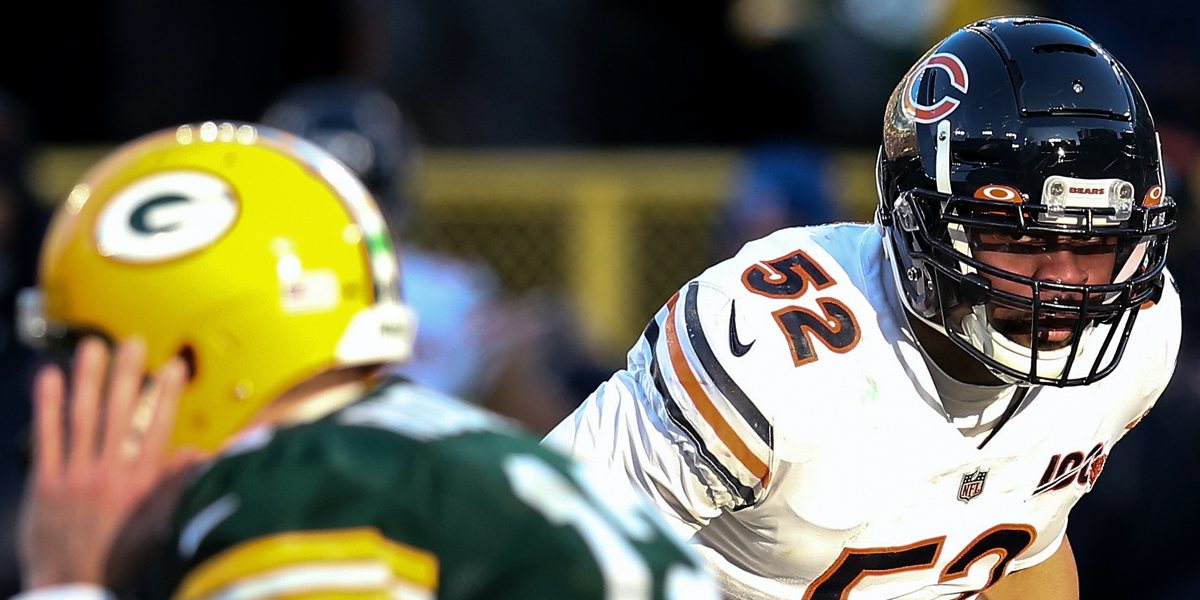 One of the plum jobs in the NFL is going to an internal candidate with whom the Chicago Bears are quite familiar.

Bill Shuey, come on down! You’re the next assistant coach who gets the opportunity to coach Khalil Mack and the Bears’ pass-rushers.

The Bears are hiring Shuey to coach the team’s outside linebackers. It’s an in-house promotion for Shuey, who most recently served as the team’s Pass Rush Analyst/Assistant Linebackers Coach. This will mark Shuey’s fourth with the team. Ideally, his time analyzing Chicago’s pass-rush will unearth some solutions that went undiscovered during Ted Monachino’s two years with that position group. Shuey’s Bears career started in 2018 when he joined as a Quality Control Assistant in 2018. But prior to that, he spent 10 years as an assistant with Andy Reid in Philadelphia.

What’s most intriguing about Shuey’s path to coaching outside linebackers is that he has four years of experience as an offensive quality control coach that came from 2003-06. There’s something that always piques my interest when an assistant has experience on both sides of the ball. Hopefully, that depth in understanding how the other side works can be helpful for a Bears pass-rush that hasn’t been as effective as it was in 2018.

Alright, so the Bears have reeled in three new assistants over two days to fill in roles that were previously unoccupied. The team still has work to do in rounding out its staff, as running backs and safeties coaches still remain open. Same for the pass game coordinator position. Although, it’s reasonable to think that might not be something the Bears push to fill immediately. Remember, the role was created last year to accommodate Dave Ragone and allow for the hiring of John DeFilippo to be the QBs Coach last offseason. So stay tuned, because the offense still has moves to make. Ah … now, that is a familiar refrain.