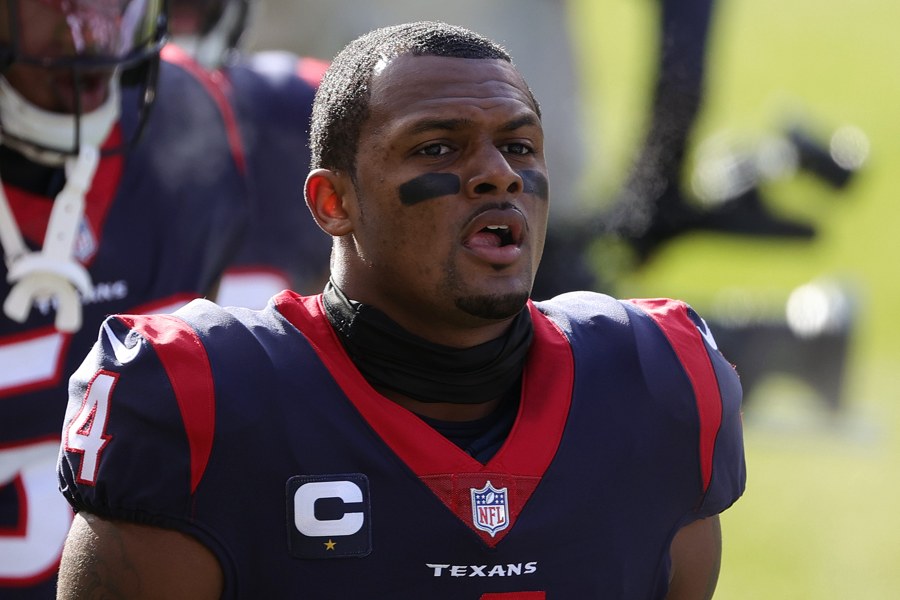 The groundwork for a wild offseason was set in January. It began with buzz that Deshaun Watson could request a trade and ultimately grew into a formal trade request by month’s end. As that developed, teams started circling the Texans, yearning to swoop in and snatch Watson out of a situation he is clearly unhappy being a part of right now.

And yet, the Texans insist they have no interest in trading Watson. In fact, it’s a total shutdown from the Texans so far:

From Super Bowl Live: The #Saints want to bring back QB Jameis Winston, while the #Texans continue to stiff-arm teams hoping to trade for Deshaun Watson. pic.twitter.com/CDdaDrnKBJ

“Teams are calling, teams are interested,” said NFL Network insider Ian Rapoport. “The problem is, this is what my understanding is, they aren’t taking those calls. They might answer the phone, but they are not responding, they are not weighing offers, they are not engaging in any potential trade conversations with any teams. From the teams I’ve spoken with, when they have called General Manager Nick Caserio, it is basically been like: ‘No, not interested, not having this conversation.'”

It’s a stare-down of Texas-sized proportions. And with Kalyn Kahler (Bleacher Report) and Albert Breer (SI.com’s The MMQB) also reporting on the Texans’ turning down trade interest, I don’t imagine either side is gonna budge any time soon.

Which brings me to this: Watson and the Texans firmly entrenching themselves essentially serves to hold several other teams hostage. Rapoport mentions 6-7 teams were in on Stafford, which suggests that more could be in on Watson. But if Watson isn’t made available, those teams will be forced to move onto Plan B, C, etc. And if that’s the case, it could throw this entire offseason for a loop for a great many teams. Among them, of course, is a Bears team that figures to be aggressive in their pursuit of Watson. And if not Watson, perhaps an adjacent deal that allows them to land a much-needed upgrade at quarterback.

If there’s a light at the end of the tunnel, it’s that Rapoport sets a timetable of mid-March for this to come to a conclusion. Conveniently enough, the NFL’s new league year begins on March 17. It doesn’t get more mid-March than that. In the meantime, buckle up. It’s gonna be a long 42 days (or so).