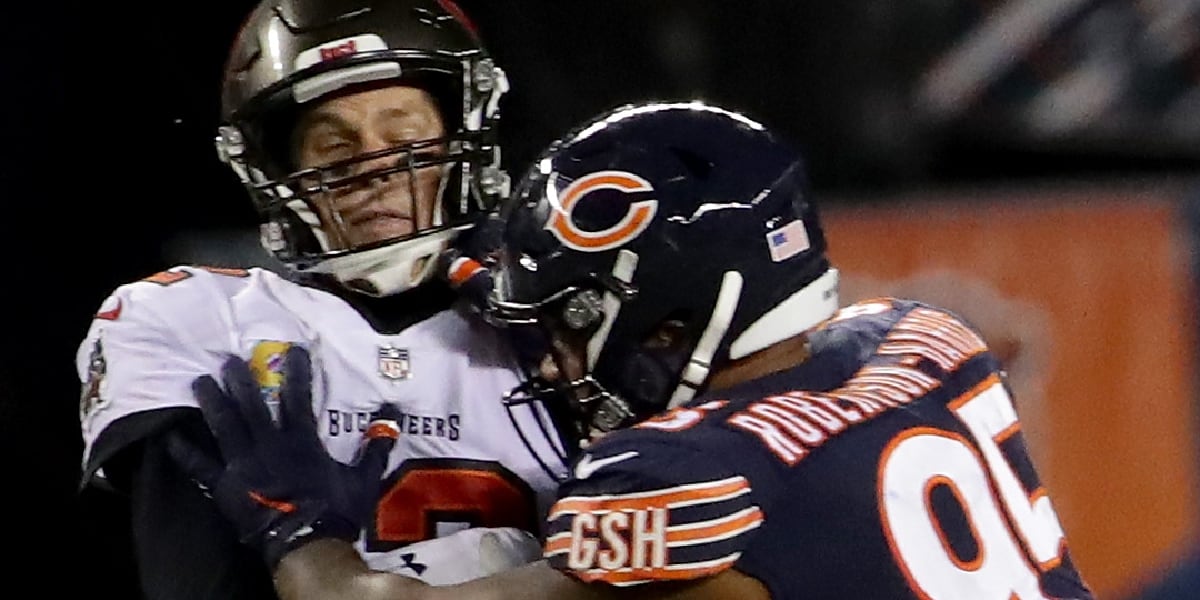 The Bears beat the Buccaneers on October 8th. Last night, the Bucs beat the Chiefs in the Super Bowl. By virtue of the transitive property of sports, the Chicago Bears are the real Super Bowl LV champions. The end.

•   I’ll never forget where I was when news broke of the Bears’ hiring of Marc Trestman. It was January 2013, I was working at Tribune Tower, and it was one of those late nights that I’d later refer to as an early morning. Few things can match the thrill of being on a news desk when breaking news happens. Little did I know that decision would be impactful 8 years later.

•   There was one thought I couldn’t shake in the wake of the Buccaneers 31-9 win against the Chiefs in Super Bowl LV. What’s worse: Picking Trestman over Bruce Arians or knowing that the decision-makers who were in charge then are still in charge now? Because if the Bears are to reach their lofty Super Bowl aspirations, better decisions must be made by those at the very top of the organization. Otherwise, you get stuck spinning your tires like the Bears are doing now.

•   While watching Tampa Bay’s defense, I found myself wondering what would’ve happened had Ryan Pace hired Todd Bowles for the team’s vacant head-coaching position. If you’ll recall, Pace interviewed Bowles less than an hour after taking the GM job. It was a storyline that popped up when the Bears and Jets played in 2018, and one that returned to my mind last night. Seeing that Pace is entering the final year of his contract, I’m having trouble envisioning him getting another shot at hiring a head coach. However, if the Bears have a head coach opening in the near future, Bowles should get another interview.

•   And while it’s on my mind, so should Byron Leftwich. Tampa’s OC put on a master-clinic on how to attack an opponent in the biggest game. The scheme. That balance. Overall, it was an attack built to beat the Chiefs. And that Leftwich also put together unique winning schemes against the Saints and Packers shouldn’t be lost on us. Obviously, having Tom Brady helps — A TON. But scheming is half the battle and a good base from which to build upon.

•   I felt these tweets deep in my soul.

•   There isn’t much for me to add here. Akiem Hicks absolutely nails it, for I am also tired about tweeting about teams who aren’t the Bears playing in the Super Bowl. Especially after watching the Bears give the Bucs a better fight earlier in the year than the Chiefs did last night.

•   Many call the NFL a copy-cat league, but I think that over-simplifies things. In my eyes, the NFL is a league where you can watch the best teams on the biggest stage, learn, apply what you soak in, adapt, and evolve. Obviously, that’s not as snappy as calling it a copy-cat league. But whatevs. If you watched Super Bowl LV through the lens of a Bears fan, you likely came away with a similar list of takeaways. Here are my top three:

⇒   Rebuild the lines. It sure felt like Patrick Mahomes was sacked more than three times last night. That’s because the Bucs came away with 10 hits, too. We often bemoan watching a Bears defender contribute with a QB hit, hurry, or knockdown, but maybe we shouldn’t. Those hits clearly added up as the game wore on. And on the other side of the line, we saw how valuable offensive line depth can be. Kansas City was missing two tackles and an interior lineman … and it showed.

Side note: If your offensive line is being held together by duct tape and bubblegum, don’t do this:

⇒   Invest in team speed. And on both sides of the ball, too. Those of us obsessed with finding fixes for the Bears offense know how speed-deficient this team has been. However, watching the Bucs *DEFENSE* reminds me of how valuable the element of speed is on the other side of things. For instance, those Bucs linebackers stood out to me as being fast was heck. Their sideline-to-sideline speed showed up when they were tracking Mahomes out of the pocket, running down backs, covering zones, and keeping tabs on Travis Kelce. If you can account for backs and tight ends with linebackers, it opens up so much for defenders elsewhere.

⇒   A commitment to discipline. After witnessing countless possessions unravel because of penalties throughout the Bears season, I wasn’t all that surprised to see the Chiefs’ miscues come back to bite them. As Taylor Swift once eloquently sang on Miss Americana and the Heartbreak Prince: “You play stupid games, you win stupid prizes.” Tampa Bay picked up six first-downs from penalties on a night in which Kansas City was penalized 11 times for 120 yards. On the other side of the ledger, the Bucs were called for just four penalties. Staying disciplined matters.

•   Can we make sure to recognize the importance of special teams, too? Because K.C.’s rookie punter had a couple of shank jobs and a mishandled snap early, which gave me an appreciation for Pat O’Donnell.

•   From thinking about one Pat to another, this throw will live rent free in my head for a while:

Kevin Harlan's call of the idiot on the field (w/video from @rlacey23) : pic.twitter.com/iAI7WDi5xx

•   I can’t believe we got a Super Bowl streaker during a game played during a global pandemic. Then again, I suppose that’s one way to go about social distancing.

•   Scented candles are among the Deals of the Day at Amazon. This is good timing for me, as I need to stock up after the reserve I built up before Christmas has been used up. #ad

•   My favorite thing about the Stanley Cup trophy presentation is that it doesn’t go to some tenured team executive or owner, but it gets handed to the players who won the dang thing in the first place. I wish other sports leagues followed that example: