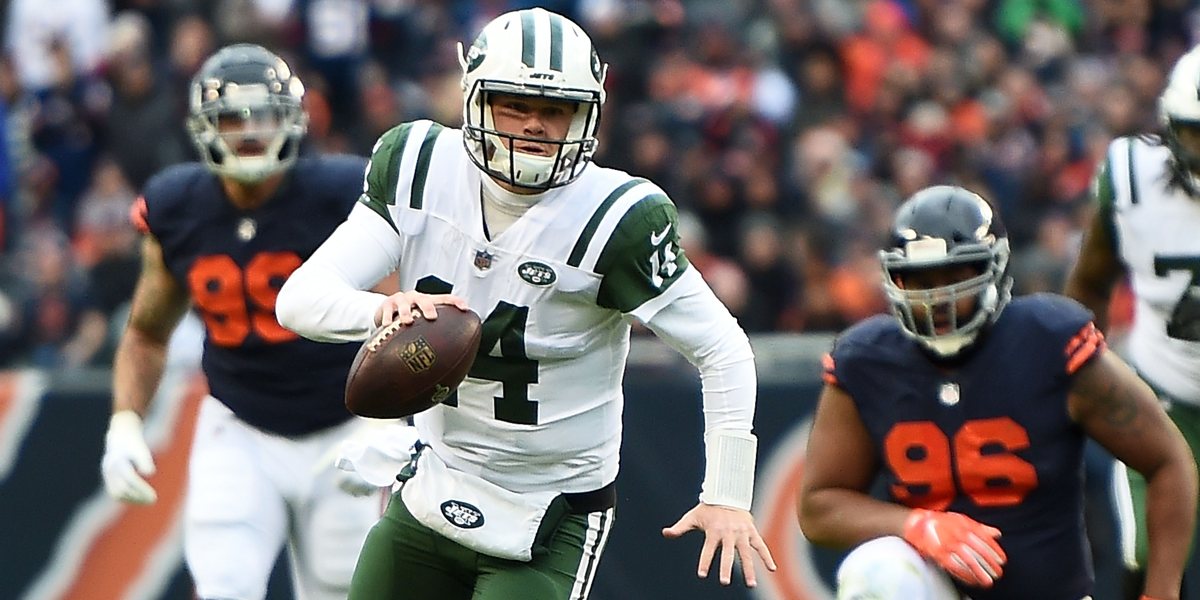 I’ll be honest, a sense of relief fell over me after news of the Carson Wentz’s trade finally broke. It can be thrilled to obsessively follow every rumor connecting the Bears to a potential trade target (whose future holds the cards for so many members of the organization)m, but it’s also very draining. Unfortunately, just because one chapter is finished, doesn’t mean the story is over.

Wentz is joining the Colts, yes, but we’re left to obsess over what’s left in the pile.

ESPN NFL insider Field Yates undertook the task of predicting each of the league’s starting quarterbacks for 2021. Some selections were easy. Patrick Mahomes isn’t leaving the Chiefs for quite some time. And Tom Brady is the Buccaneers’ signal caller until he no longer wants to be. But as we’ve discussed previously, there’s potential for massive turnover for a hearty chunk of the league. And when it comes to the Chicago Bears, Yates predicts the team’s big swing will come in the form of a reclamation project.

With Yates predicting the Jets drafting Zach Wilson with the second overall pick, Darnold — the 3rd overall pick in the 2018 NFL Draft — appears to be on his way out. Yates believes it could be by way of trade, noting how Darnold has people within league circles who still believe in his talent. Could the Bears have those people? Yates seems to think so:

Why would Chicago be willing to commit to Darnold in a trade and (likely) a fifth-year option when the Jets wouldn’t? Simple. Bears GM Ryan Pace has to be much more focused on 2021 than life beyond it. Darnold represents a likely upgrade over what the Bears have in place, and there’s certainly a chance he could rise under different circumstances than what he had in New York. But honestly, it’s hard to peg the Bears’ next starter.

We can debate Darnold being an upgrade until we’re navy blue in the face. But Yates is right that Chicago has to have a laser-focus on 2021 with an immediate upgrade in mind. But Darnold – really? Darnold is coming off a woeful season in which he threw more interceptions (11) than touchdowns (9). It was a year in which he completed less than 60 percent of his passes, while posting career-worsts in yards/attempt (6.1) and yards/game (184.0), while finishing with a 72.7 passer rating.

Based on the Webster’s definition of upgrade, I don’t think this is it.

And yet, I think Yates makes the most important point with his final sentence when he writes: “it’s hard to peg the Bears’ next starter.” GM Ryan Pace is unpredictable. And save for the Wentz chatter that preceded in recent weeks, had done well to work in the shadows. Hence, it’s tough to pin the Bears down and make a prediction with confidence.

With that being said, at least there are no delusions of grandeur when it comes to what the return on a Darnold deal looks like:

Talked to a few league sources on if the Carson Wentz trade impacts Sam Darnold market. Consensus a resounding “no.”

Remember: Colts had to take on Wentz contract & option. That drives price down.

You don’t need to pay Darnold.

Starting point with SD a 2, most believe

There won’t be floating multiple first-round picks. Heck, even one first-rounder (which was once believed to be the going rate) doesn’t even seem like the right price if the report starting point is a second-rounder. Perhaps something similar to what Miami sent to Arizona for Josh Rosen is a sensible comp (the Dolphins sent second and fifth-round picks to the Cardinals)? Like Darnold, Rosen has failed to live up to lofty expectations. But there’s prospect pedigree and post-hype sleeper buzz that just won’t go away when discussing a recent first-round pick.

In the end, now that two high-profile names are off the board, we’re onto the next. And away we go…