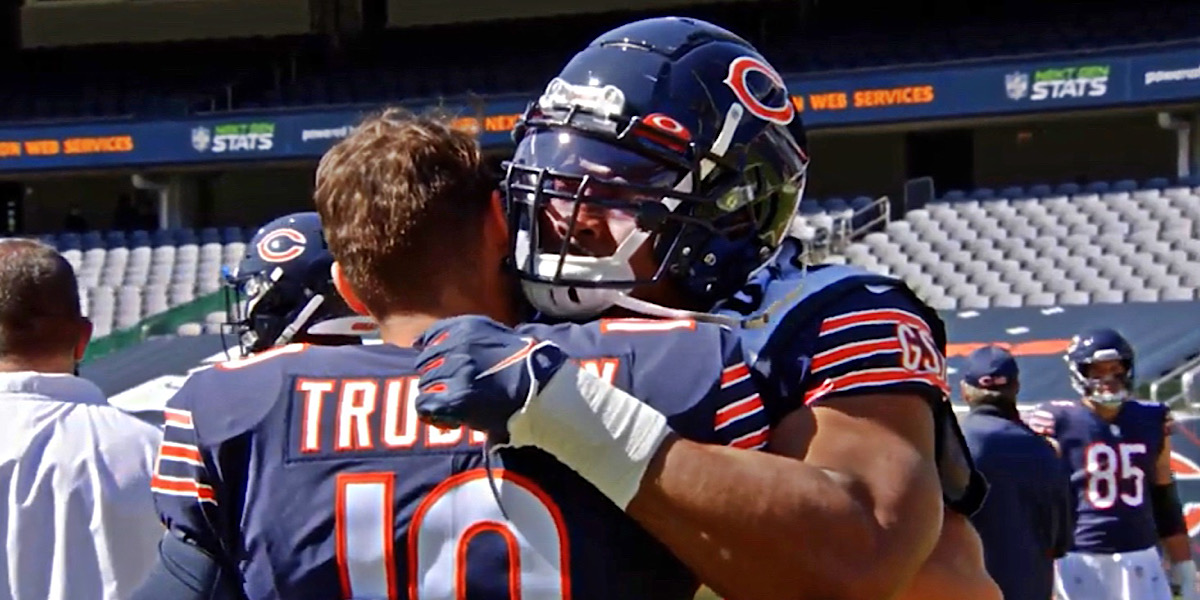 I made a fair number of quarantine splurges, but one thing I never considered was buying ice skates. In hindsight, that was a mistake. Seriously … how am I supposed to get around on a February day where the sidewalk ice a layer of ice?

•   Tomorrow is the first day in which teams can designate players for the Franchise or Transition tags. Here’s what you need to know about Allen Robinson’s situation with the Bears and a looming tag:

Let’s Talk About Allen Robinson, the Bears, and the Franchise Taghttps://t.co/sP0GlRm1jS

•   I realize everything with Chicago’s offseason starts with fixing the quarterback position. It’s the roster’s one glaring weakness. Addressing it properly would result in raising the level of play of teammates, making coaches look better, and even create a more enjoying football experience. HOWEVER … let’s not overlook the importance of retaining Allen Robinson. Frankly, this should’ve been ironed out a while ago with a worthwhile contract extension. Had the Bears played their cards correctly, they could have used Robinson’s extension as an angle for which they can pursue their dream QB option. Instead, Chicago’s best pass-catcher is in contract limbo. And thus, making it difficult to make the Bears look like an ideal situation for a quarterback to jump into this offseason.

•   Speaking of quarterbacks, I wonder if Eddie Jackson has one in mind:

•   Mitchell Trubisky might have one foot out the door, but Alex Shapiro (NBC Sports Chicago) shows how much love the Bears had for their QB last season.

•   Mack has been an absolute stat-stuffer since arriving in Chicago. These 46 games have been an absolute delight. The numbers: 30 sacks, 45 quarterback hits, 29 tackles-for-loss, 14 forced fumbles, 5 fumble recoveries, 2 interceptions, 1 safety, 1 defensive touchdown, and 106 solo tackles. Let those numbers sit and marinate for a moment. They’re ABSURD. I’m glad he’s on “our” side. Aren’t you?

•   The NFL community wasn’t having it with some youngster trashing Cam Newton at HIS OWN CAMP:

Any young athlete watching this video please don’t be this kid, Don’t miss your chance to learn something from someone who has been their at the highest level in this sport…. STAY HUMBLE https://t.co/BCmGPK8w1W

Some Kids in this generation don’t appreciate the fact that Professional players are taking the time out to come out an show love an they have the nerves to act like that.. https://t.co/BO2x40H9EA

The disrespect comin off that kid at cams camp. Wow. You can’t do that at a Oline-Dline camp. One on one’s keep ppl real humble ahhahaha. pic.twitter.com/FBmFQekPi4

•   The youngster has since apologized:

•   At the risk of being That Guy™, I feel as if social media has given too many people an avenue in which they can say whatever they want without repercussions. But rather than go down that rabbit hole, my simple requests are to (1) think before you speak/tweet and (2) respect your elders. Especially when they’re doing something for your benefit. That’s all. Hey, it’s not like I’m making a big ask here.

You’re gonna have to give me a second to choose a new team and city. https://t.co/eQXD3eNVFJ

•   This is everything I wanted it to be:

Doc gets a re-do of his 2010 Stanley Cup Championship call and it is glorious!#Blackhawks #WhatChaos pic.twitter.com/3gBsM0pBAR

•   Shark vacuums, Galaxy tablets, exercise bikes, and jewelry are among the Deals of the Day at Amazon today. #ad