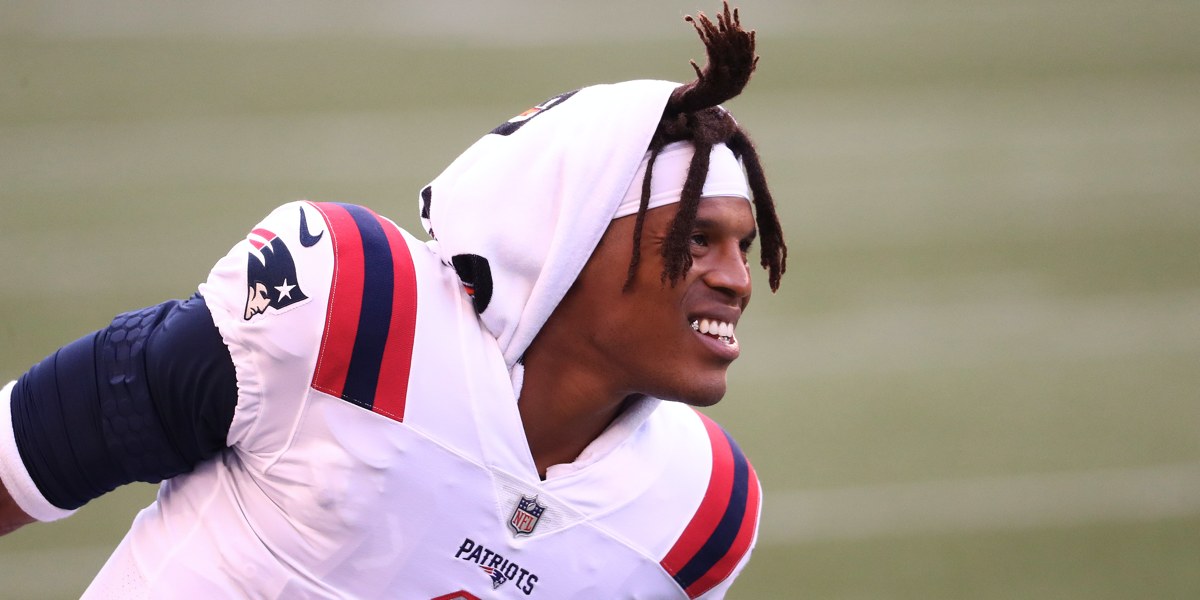 For the record, there are quarterbacks whose names aren’t Deshaun Watson or Russell Wilson who are floating around the rumor mill (or so I’m told). Let’s check in on them while we have a moment.

•   While we’re obsessively following the Bears’ QB hunt, we’re simultaneously keeping tabs on what is happening elsewhere. It’s important to know what others are doing in an offseason where we figure to see unprecedented quarterback turnover. And because Bears fans should want their team shopping at the top of the market, we need to be cognizant of other teams in that boat. With that being said, it’s important to note the Panthers’ position in all this. Albert Breer (The MMQB) hears new Panthers owner David Tepper is “obsessed” with unearthing a long-term quarterbacking option. That’s sensible. Because even after signing Teddy Bridgewater to a bridge deal, a new owner with a new coach should want to make a splash addition at quarterback.

•   Between the team’s rumored desire to acquire Deshaun Watson and their picking eighth in the upcoming NFL Draft, Carolina is well-positioned to make something special happen. And if (when?) they do so, it will take one option off the board for a team like the Bears who don’t possess the same draft capital or space under the salary cap the Panthers have. So it’ll be smart to keep up with teams like the Panthers this offseason.

•   The Raiders are also worth watching because – in addition to being on Russell Wilson’s list of teams he would approve a trade to – they have multiple QB trade options. Although, one isn’t as attractive as previously believed:

From NFL Now: #Raiders QB Marcus Mariota has generated a lot of interest from teams, but the max value of his contract has been an issue for teams. Trade talk has slowed considerably. Could he be eventually released? pic.twitter.com/pPlwOSS3Yk

•   There’s been ample buzz about Marcus Mariota being the QB Las Vegas trades this offseason. However, his contact situation could ultimately be a hangup in a trade. Mariota has a $10.625 million base salary in 2021, which is a reasonable number for a quarterback of his stature. But here’s where things get tricky: Mariota has incentives in his contract that could increase the value of his deal to north of $20 million. And as NFL Network insider Ian Rapoport relays in the report above, these incentives seem to be the type Mariota can easily hit by being a starter.

•   It doesn’t take much of an imagination to envision Mariota playing passable football that is good enough to keep him entrenched as a starter, but not good enough to lift a team to another level. And in that vein, I imagine teams are hesitant to pay for a lower-tier QB the type of money reserved for upper-tier players.

•   Mariota’s market already had its limitations. And if his trade market doesn’t develop, the Raiders could simply cut Mariota, create $11.35 million in cap space, and take on no dead-money hit. If Mariota were to hit free agency, then have his market fall apart, he could make sense as a possible backup. But that would also depend on what the Bears decide to do with Nick Foles. That’s a conversation we can save for another day.

•   The Washington Football Team could cut Alex smith this offseason. By doing so, the team could create $14.7 million in cap space with a hit of just $8.6 million. If Smith hit free agency, I imagine he’d have interest from teams looking for a bridge QB. There’s an avenue in which the Bears could be interested in Smith if you frame it that way. Alex Smith as the stop-gap mentor for a young QB who needs seasoning? Now where have I heard that one before?

•   The Bucs have a laundry list of things to do this offseason. Free agents include Chris Godwin, Antonio Brown, Lavonte David, Ndamukong Suh, and Rob Gronkowski. So what’s adding a Tom Brady extension to the to-do list?

Couldn’t talk to #GoBucs GM Jason Licht without asking him directly if he’s already working on a contract extension for @TomBrady:#NFL pic.twitter.com/e2n9jEVdKb

•   From one former Patriots QB to one whose time in New England is to be determined:

•   Cam Newton started 2020 strong, only to come down with COVID-19, and never looked the same after that. Newton turns 32 in May. And while his MVP days appear behind him, I wonder what he could look like given different circumstances. For instance, a full offseason of team activities and a healthy start to the 2021 campaign. To be clear, Newton isn’t my first option. But I’ll never bet against someone with Newton’s pedigree, passion, and résumé. Depending on how the rest of the market shakes out, Newton should be someone teams monitor this offseason.

•   In case you care about that stuff:

Here we go — Panthers QB Teddy Bridgewater has unfollowed his team on some social media accounts.