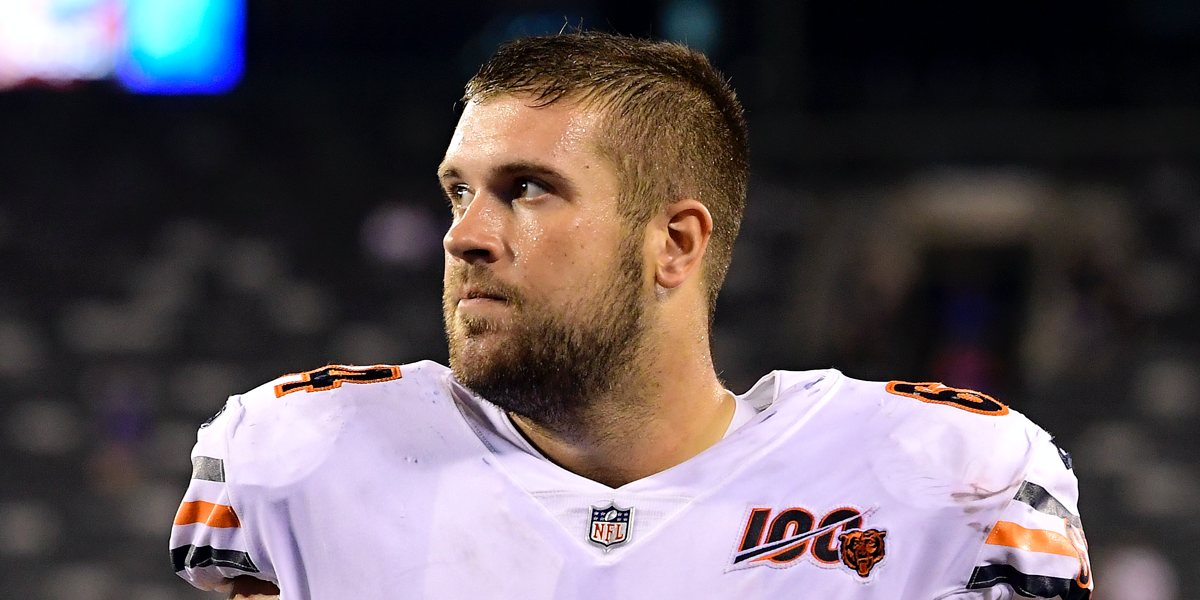 In addition to obsessively following quarterback rumors and digging through salary cap madness, the other thing March brings is a bottom-of-the-roster churn. This is the time of year when front offices get their ducks in a row before frying some of the bigger fish later on. Re-signing exclusive-rights free agents is one of those small matters that really isn’t all that small.

For the sake of clarity, these free agents couldn’t negotiate or sign contracts with anyone but the Bears after accruing less than three seasons in the NFL. Nevertheless, it’s good to have this bunch back for 2021.

Nall, Holtz, Vaughters, and Woods were special teams contributors last season. They could be in for more of the same next year, too. Although, Nall could get additional running back reps depending on how the position group shakes out ahead of him. Same for Holtz with the tight ends. If the Bears let Jimmy Graham go to create cap space, Holtz would have the second-most game experience behind Cole Kmet.

But the name that stands out with the most to gain is Alex Bars.

Bars, 25, made eight regular-season starts in 2020. His time at center (in place of Cody Whitehair) and move to guard (which allowed Sam Mustipher to slide into the lineup) solidified Chicago’s offensive line in the second half. David Montgomery certainly looked superb down the stretch. Montgomery averaged 5.2 yards per carry in his last six games running behind a line that featured Charles Leno Jr., Whitehair, Mustipher, Bars, and Germain Ifedi from left to right.

Mitchell Trubisky looked to have more time with the re-configured line than Nick Foles with the group assembled in front of him. And it’s not even anecdotal. The numbers bear it out:

Foles wasn’t so lucky by the way, clocking in at 14th most pressured (only 25th most sacked though) and had a dismal 68.9 passer rating to show for it. Then again, maybe that’s understandable given his lack of mobility & Coward/Hambright/Spriggs getting reps

All this to say that Bars has a real shot at playing his way into a starting role in 2021. And it all begins with the Bears bringing him back as an exclusive-rights free agent.

To be clear, there’s a whole mess of time that needs to pass between now and when the season starts. The Bears will have the first wave of free agency, the 2021 NFL Draft, and later windows that serve as opportunities to improve the line. And even if Chicago adds players in all offseason phases, they’ll still have Bars, who proved to be a quality depth option. Everything after that is gravy.

Bars arrived in Chicago more well-regarded than one might otherwise expect from an undrafted free agent. Chicago plucked him after the 2019 NFL Draft, perhaps even with some nudging at the behest of then-OL Coach Harry Hiestand. Remember, Hiestand was Bars’ college position coach and the Bears met with him at the Combine before the Draft went down.

And while Bars’ college career ended with an early season knee injury, his prospect pedigree (Sporting News preseason first-team All-American in 2018, Outland Trophy Watch List) and college experience made him an intriguing developmental candidate. Fast forward to 2021, we’re looking at a real possibility that Bars can start on the Bears’ line in Week 1.