There will be – if there isn’t already – plenty of chatter about the Bears signing Desmond Trufant to replace Kyle Fuller. But that’s not how I’m necessarily thinking about the deal. If anything, Jaylon Johnson was drafted in 2020 to slide into Fuller’s role. So in a way, Trufant is replacing Johnson. No matter how you slice it, the Bears have a new corner. One who has been solid when healthy, but hasn’t put together a full 16-game season since 2018. That’s a red flag, but one I’m willing to see play out over the year to come.

We’ll cross that bridge when we get there. But in the meantime, let’s get to know a new guy.

That’s Certainly One Way to Spin It

Back in Seattle, Desmond Trufant was mic'd up.

He hit Russell Wilson so hard, that he broke the mic. 😂 pic.twitter.com/Lt9T4Q6c7Q

I was intrigued by Matt Bowen’s insight when discussing the Lions signing Trufant as a free agent last offseason:

On CB Desmond Trufant to #Lions…

Also, while digging through Trufant’s statistical profile, I realized he was more than a run-of-the-mill cover corner. Trufant’s six sacks, 10 tackles-for-loss, and seven QB Hits are more than what Kyle Fuller has in his 96-game career. And those numbers have me wondering if new defensive play-caller Sean Desai will use his corners more aggressively in 2021.

The Bears cornerbacks room became awfully young after parting ways with Kyle Fuller and Buster Skrine. Before adding Trufant, Chicago’s returning cornerbacks Jaylon Johnson, Kindle Vildor, and Duke Shelley were set to enter the 2021 season with a grand total of 16 starts under their belts. So, yeah, I think Trufant’s 103 games of experience have value at some point down the line.

Of course, how much value we’ll see on Sundays depends on Trufant’s health. Based on his injury history, I’ll be surprised if Trufant is the only starting-caliber corner who comes to town this offseason. Durability and availability are two important traits, especially at cornerback. And when your defense is set to square off against Aaron Rodgers, Kirk Cousins, and Jared Goff, having healthy defensive backs is as important as good ones. 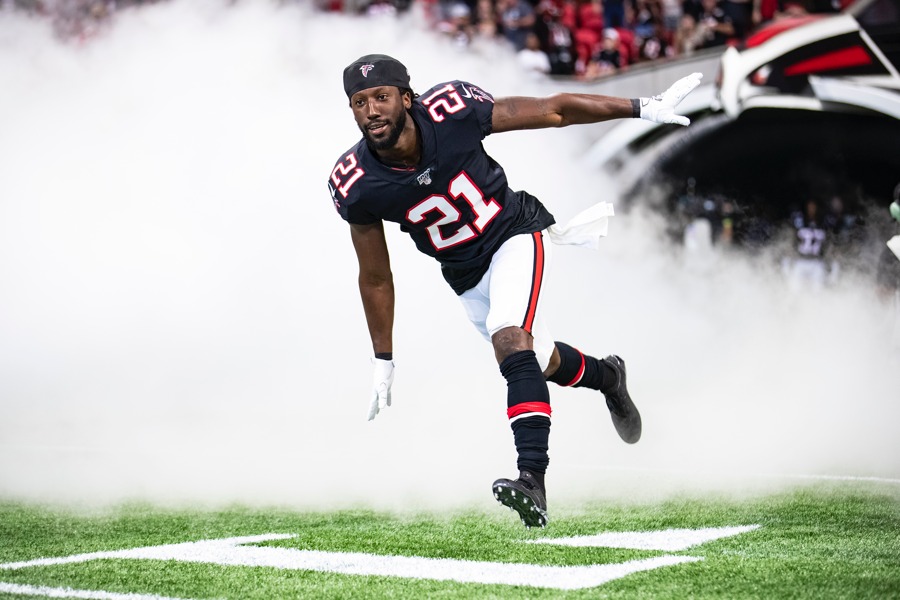