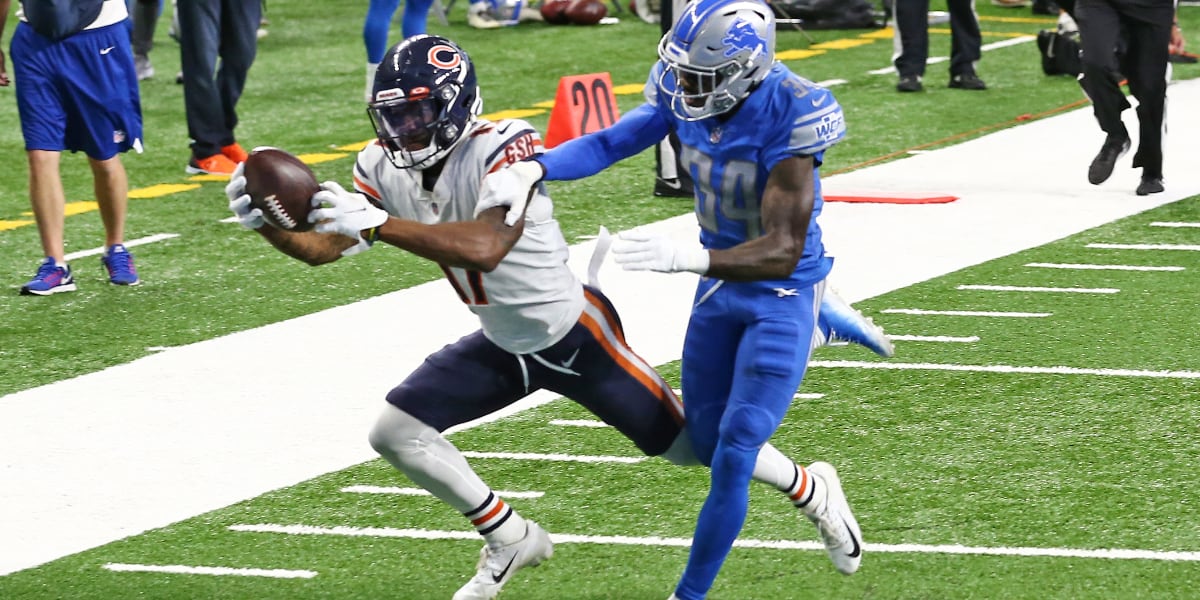 The Chicago Bears’ wide receivers room is in flux.

Sure, Allen Robinson II is returning for another year thanks to the Franchise Tag. And yes, Darnell Mooney is back in the fold after a rookie season in which his speed and down-the-field playmaking ability put him on the map. But once we get past the top of the depth chart, there are questions throughout the room. And the one player with arguably the most question-marks surrounding his future is Anthony Miller.

And for what it’s worth, I think it’s on Miller’s mind, too:

On two occasions, Miller’s name has been tossed onto the trading block. In early March, ESPN’s Adam Schefter was saying a Miller trade was “likely.” More recently, it was NFL Network’s Ian Rapoport sharing the Bears were “discussing a trade with a number of teams.” The vibe from both reporters made it feel as if Miller’s time in Chicago is coming to a close. Usually, when players are on the trade block like this, I would express a desire to pump the brakes on having high expectations for a return. But perhaps I’d be wrong in doing so this time around.

Bleacher Report’s Brad Gagnon shares a handful of teams that could be possible landing spots for Miller by way of trade. To be clear, these aren’t rumors connecting teams that are interested in Miller. But instead, teams that have needs at the receiver position and could be presumed fits. Additionally, Gagnon offers up potential trade compensation could be. And from a Bears perspective all of the hypotheticals would be enticing.

For instance, Gagnon believes the Ravens or Chargers could get Miller for a fourth-round pick. However, he thinks the Ravens “should strongly consider” dealing a third-rounder considering the team’s need at the position. Gagnon also sees compensatory third-round picks from the Chargers or Titans as fair compensation. Even the Lions’ third-round pick pops up as a possible trade chip that could entice Chicago. All in all, the consensus here is that the Bears could snag a Day 2 pick for a player who appears to have one foot out the door. To which I would say: Take the pick and don’t look back.

To be clear, this isn’t me knocking Miller. The ultra-talented receiver has made a fair number of splash plays during his first three years with the Bears. Miller consistently plays with an edge, and showed that he can play at a high level in college (remember, he was an All-American receiver as a senior at Memphis). But inconsistency has plagued his career in Chicago. And with just one year remaining on his rookie deal, a clean break might be best for both parties. For the Bears, they can re-shape their receivers room with some new pieces. As for Miller, he can get a new start and possibly more opportunities to make plays.

And if the Bears can net another valuable draft pick out of this situation, then it could be a net win. Because as much as Miller could use a fresh slate, the Bears could use more picks.

RB Shuffle, Lions Turning it Over, Who Had the Best Mock Draft? And Other Bears Bullets

Football is Coming: Bears Single-Game Tickets Go on Sale May 12 (That’s Next Week!)