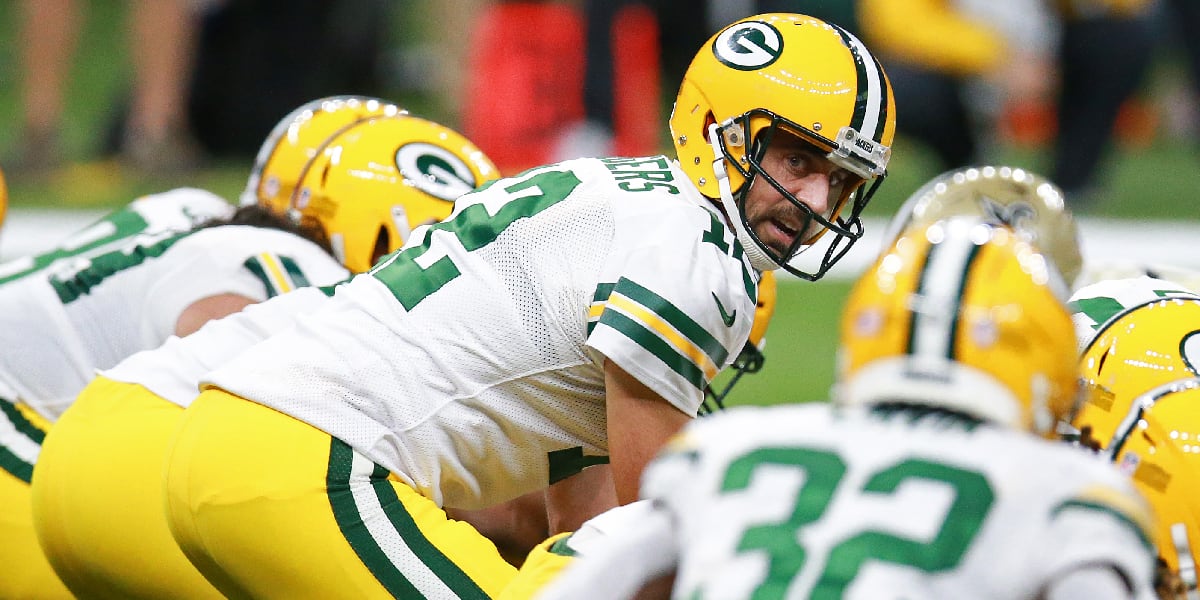 Feed me all the cheesy drama.

I understand the initial instinct to compare this situation to the Russell Wilson saga, since you’ve got a long-time, one-franchise quarterback who is beefing with some things in the organization, who wouldn’t have his contract restructured (without a true extension), and there are shocking rumblings of a possible trade. So you, then, poo-poo it and say nothing will happen. And nothing might happen!

But the difference here with Aaron Rodgers and the Packers is that the beefing is much deeper, much more public, and apparently comes with a much harder line. I mean, yeah, there were rumors that Wilson’s camp had floated trade concepts, but there were also teammates out there saying he’d told them he was with the Seahawks to stay. That was definitely not this:

Adam Schefter with the latest on Aaron Rodgers and his future in Green Bay.

So now you’ve got Rodgers not only reportedly telling Packers brass that he doesn’t want to come back this year, but he’s also told teammates that he’s not planning to come back to the Packers. That seems like a much more significant line to cross. Not that it can’t be undone, but it feels more like the Deshaun Watson situation with the Texans (minus the sexual assault allegations and investigation that scuttled any actual trade talks).

This is all happening against the backdrop of extension negotiations, with Rodgers, 37, ostensibly wanting more long-term security than his current deal, which runs through 2023, but essentially has no more guaranteed money. The Packers have him for three more years on what now looks like an extremely team-friendly portion of the deal he signed back in 2018.

For their part, the Packers aren’t going to be out there giving life to any of this. Instead, GM Brian Gutekunst insists they won’t trade Rodgers, and this is all just a situation that needs a little sorting out:

Packers GM Brian Gutekunst reiterates team is not trading Aaron Rodgers: "We've been working through this for a little while now. I just think it might take some time"https://t.co/o97dL3TapY pic.twitter.com/MAwVVo22GY

Although Gutekunst has flatly said the team won’t trade Rodgers, some of his other comments last night seemed softer to me.

“I’m not going to speak for Aaron, but I think obviously we have a really good team and I do think he’ll play for us again,” Gutekunst said after the first round of the draft. “Like I said, we’re going to work toward that and we’ve been working toward that on a number of different fronts. The value that he adds to our football is really immeasurable, you know what I mean? He brings so much to the table not only as a player but as a leader. He’s so important to his teammates, to his coaches, so yeah, that’s the goal.”

Kinda makes you wonder if that softness is tied to a desire to spread the cap hit *IF* you were going to be forced to trade Rodgers in any case:

Remember, the Packers used their first round pick last year on quarterback Jordan Love, not an additional weapon for Rodgers. There was nothing confusing about the pick at the time: the Packers were setting themselves up with the next QB in the event Rodgers moved on, or they moved on from him. So of course he got chapped, and has been chapped all year. Now with the Packers unwilling to give him a significant extension UNTIL this unhappiness surfaced (they have reportedly made an extension offer in recent weeks, which was rebuffed), Rodgers is gonna hold their feet to the fire a bit, and see what shakes out.

The #Packers remain committed to Aaron Rodgers. @TomPelissero said there is “zero” chance of trading him. It’s all about getting an extension done… and if that happens, this should take care of the matter (until next time). https://t.co/Lv56tHCC6M

But, like I said at the top, if this is all about just leveraging the best extension you can get in your late-30s, Rodgers is taking it a little next level by telling teammates he won’t be back.

Further, Ian Rapoport updates this afternoon, saying that the Packers didn’t even engage in trade talks yesterday, despite all the buzz. However, Rodgers’ efforts to actually force his way out may be legit, and may eventually work:

From NFL Draft Kickoff: The #Packers are dug in and so is QB Aaron Rodgers. Remember, Rodgers' agent Dave Dunn helped Carson Palmer shoot his way out of Cincy… even if it took a while. Perhaps a similar game plan, stay tuned for the results. pic.twitter.com/zaBX90MxLu

We’ll just keep staying tuned. I find this stuff fascinating even without the rivalry and divisional stuff. But since you also have that angle, I am particularly enjoying the discomfort this raises for the Packers.