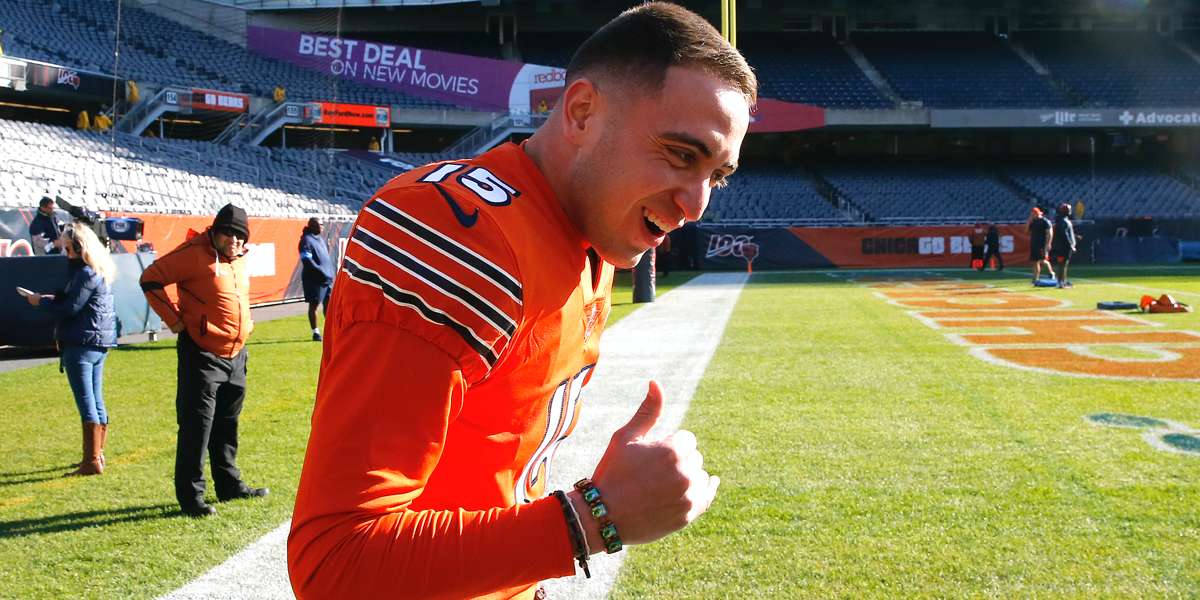 Eddy Piñeiro’s time with the Chicago Bears was brief, but memorable.

The affable kicker was triumphant in the most ridiculous kicking competition ever known to man. But a year later, was on the outside looking in after Cairo Santos went on a heater while Piñeiro was nursing a groin injury suffered in training camp. Piñeiro never saw the field again for the Bears, who this offseason rewarded Santos’ excellence with a multi-year contract.

Now, Piñeiro’s next move is to catch on elsewhere. At least his next stop isn’t too far down the road:

Colts are signing free agent kicker Eddy Pineiro to a one-year deal, per his agent @DrewJRosenhaus.

It’s a one-year contract for Piñeiro with the Indianapolis Colts. While in Indy, Piñeiro figures to compete with incumbent Rodrigo Blankenship. Last year, Blankenship made 86.5 percent of his kicks and 95.6 percent of his point-after tries. But was just 1 of 3 from 50+ and finished the year missing three of his last six kicks (two in the regular-season finale, plus another in the Colts’ playoff loss to the Bills).

As fo Piñeiro’s one year with the Bears, he was true on 82.1 percent of his kicks in 2019. But that number was pushed by a strong finish. After a midseason slump, Piñeiro made his last 11 field goals and 10 of 11 PATs over a six-game stretch to end the year. That run of success had him as a near lock to be Chicago’s kicker again in 2020. Well, that was until Santos took the job and ran with it.

Best of luck to Piñeiro, who if he wins out this summer, could be kicking in a dome for half of his season. Kickers seem to like that sort of thing.