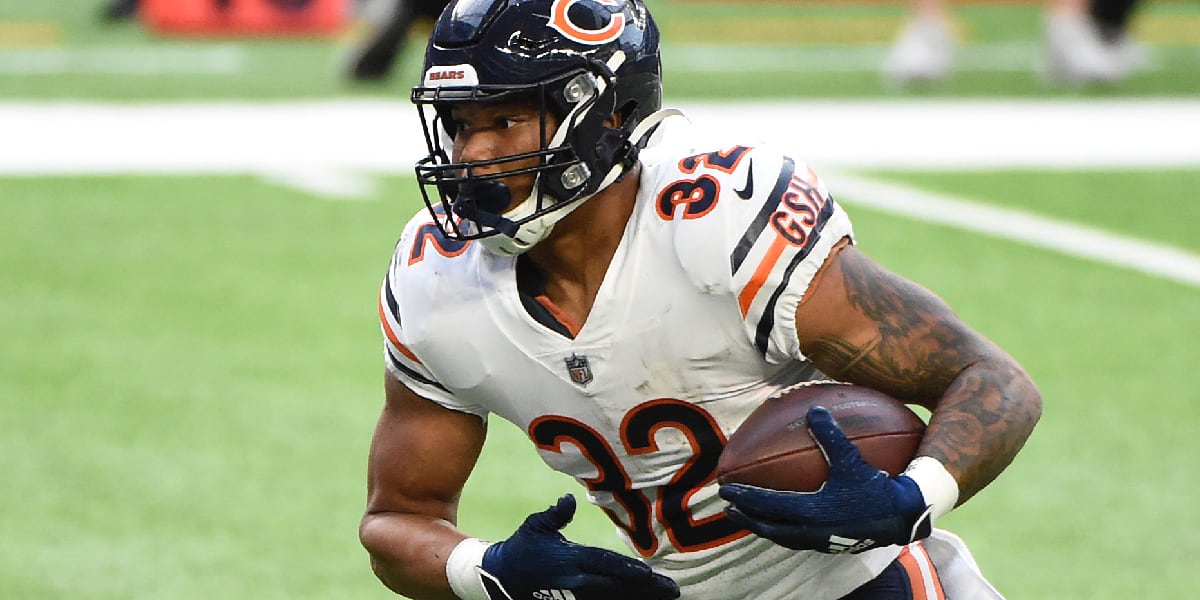 The re-opening of sporting events at increasing capacities has allowed me to see old friends again. And in some cases, meet some new ones. The most obvious joy in sports is seeing your team win it all. But the communal aspect of the shared experience is just one of those things that is unmatched. It’s good to see your faces again.

•   There is a belief that running backs are interchangeable in football. And while I understand that angle, rolling through LaDainian Tomlinson’s top-5 reminds me of how different the cream of the crop is:

•   A notable absence at the top of the list is Bears running back David Montgomery. In all fairness, Montgomery hasn’t done enough to reach that upper crust just yet. But if he backs up his late-season excellence in 2020 with another 1,000+ yard season in 2021, then I think we’ll hear more about Montgomery moving forward. Montgomery finished the year on a heater, running for 598 yards on 116 carries in six games after the bye. Extrapolate those numbers over 16 games, and we’re looking at 309 carries, 1,595 yards, and 19 touchdowns. Tack on 64 catches, 603 yards, and 3 reception scores, and we’ll be looking at a potential Pro Bowl back. Seriously … where do we sign up for that type of season from a Bears RB?

•   In case you forgot what it looked like at the tail end of last year, this is for you:

•   Montgomery runs so hard. And he runs decisively, too. Give him holes, watch him lean forward, and gain yards. Sometimes, running the most simple offense can present some real life to a group that hasn’t had it with any consistency over the last three years.

•   I’m not sure the Bears will give 300+ carries to one back. However, the running game will be essential to Chicago’s success this season. Not just as something that helps strike a balance in the offense, but also to ease the burden on these quarterbacks. Whether it’s Andy Dalton or Justin Fields, David Montgomery figures to be a stabilizing force in the offense. And as Chris Emma (670 The Score) writes, the Bears figure to lean on their backs throughout the year. I really like this point from Emma:

“An established rushing attack would offer Nagy a foundation for an offense in transition and aid the Bears’ move from Dalton to Fields at any point in 2021 — whether that’s early September or late December — without overhauling the playbook. Dalton will need the running game to keep him from getting exploited. Fields will need it to open up his deep passing.”

•   All of a sudden, the offseason plan to bolster the running backs room makes more sense. Signing Damien Williams and drafting Khalil Herbert to eat up some carries makes sense. Rounding out the room while also returning Montgomery and Tarik Cohen makes that position group a projected strength heading into the year. And if this group can run as well behind whatever five linemen the Bears put out in 2021 as they did over the last six games of the 2020 season, then the offense will be in good shape.

•  It’s worth noting the Bears (1) re-vamped the quarterbacks room, (2) refurbished the collection of running backs, and (3) made changes at several spots along the offensive line. I doubt that all three of these things happening this offseason was pure coincidence. These three rooms go hand-in-hand with team success. Your quarterbacks can’t succeed if the line won’t keep them standing up. Running backs can’t run freely without quarterbacks who can keep secondaries honest. And they certainly can’t ice games if the line isn’t clearing holes. Everything goes hand-in-hand here. I can’t wait to see how it plays out in real time.

•   On the other end of the running back spectrum, Le’Veon Bell says he would retire before playing for Andy Reid again. That’s a bold statement, to be sure. But one that makes me wonder what Bell’s market is right now. Bell hasn’t put up a 1,000-yard rushing season since 2017. His career has taken a tumble since forcing his way out of Pittsburgh. Those 17 games with the Jets resulted in just 863 rushing yards on 264 carries. A 3.3 yards-per-attempt average isn’t gonna cut it. And while in Kansas City, Bell was given just 63 carries in 9 games. He picked up 4.0 yards per pop, but wasn’t an integral piece to the puzzle. With teams being flexible with RBs, Bell should consider himself lucky to get an opportunity for his age 29 season. Those chances don’t grow on trees when backs approach their 30s.

•   Robert Zeglinski (Windy City Gridiron) posts something that takes us down memory lane as we remember Johnny Knox, a receiver who should’ve been a fan-favorite for years. Unfortunately, a serious back injury in 2011 derailed a promising football career. Knox’s speed and ability to track the ball downfield should have made him a nice deep target during the Jay Cutler years. Instead, we’re left to think about what could’ve been had it not been for that injury.

6 years ago today, the #Blackhawks take a 3-2 series lead over the Lightning in the 2015 #StanleyCup Final
(🎥: @NHLonNBCSports) pic.twitter.com/dXSSTgKGqc

•   Finding stars is at the top of the Bulls’ shopping list, but they’ll also need to round out the roster with role players. Is Daniel Theis part of their future?

Daniel Theis Will Have Plenty of Interest on the Market This Season – What About the Bulls?https://t.co/eOHcGPNtst