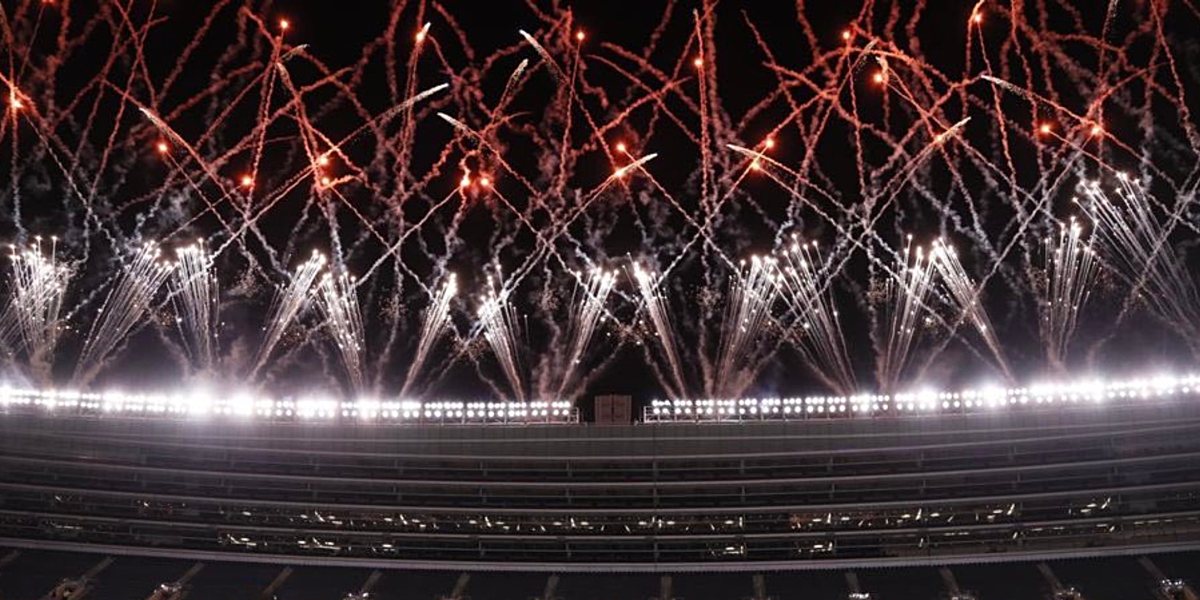 A safe and happy July 4th to all.

Nothing like taking in a history lesson with a tweeting of the Declaration of Independence.

•   Admittedly, I knew nothing of the Rock Island Independents before today. But that’s the thing about living in a world where endless information is at your fingertips. You can always learn something new every day:

So what happened to them? A deep dive. @TheAthletic @TheAthleticNFLhttps://t.co/ZHzChxvfFf

•   I realize they were one of the Bears’ first rivals, but we Stan a franchise that beats the Green Bay Packers at a 60 percent clip.

•   Back to current times, we knew the Bears’ schedule would have it’s rough patches. But Cynthia Frelund’s framing of Weeks 6-9 simply isn’t nice:

Which part of their 2021 season is make or break? 👀(via @cfrelund) pic.twitter.com/D2CXYPpBJ8

•   That stretch of games could be a make-or-break run for a Bears team whose QB situation could be up-in-the-air by the time that quarter of contests kicks off.  Then again, I suppose we could say that about Green Bay in Week 6 and San Francisco in Week 8. Do we have any certainty about how Ben Roethlisberger will hold up nine weeks into his age 39 season? We don’t. But we do know the Packers, Bucs, Niners, Steelers stretch has potential to be problematic. Because if all things are equal, it’s three Super Bowl winning quarterbacks and one who was a starting QB1 in a Super Bowl two seasons ago. It’s pretty daunting, to be sure.

•   Looking back at it, that Bears schedule has some quirks. Seven of eight home games are at noon on Sunday, which is how the Football Gods want it to be. Five standalone games on national television. The defending Super Bowl champs are among the seven 2020 playoff teams the Bears will see. In fact, because they’ll play the Packers twice, it means they’ll get 8 games against last year’s playoff teams. Tack on a game against the Cardinals (who would’ve made the postseason had they beaten the Rams in Week 17 last year) and 49ers (who are a year removed from a Super Bowl appearance) and it looks even tougher. But nothing worth anything comes easy.

•   Khalil Mack is truly one of the wonders of the world if you sit and think about how a man of that size and stature does what he does:

Nobody has used hesitations & stutters to set up their moves better than Khalil Mack did in the 2018 season. Absolutely unreal how silky smooth he was at manipulating his speed & fooling OL before he even executed a move.

•   The grind doesn’t stop after hearing your name on NFL Draft weekend. Nor does it stop after you establish yourself with a solid rookie season. Hence, I love watching young players grind on their way up:

•   Unsure what to discuss while standing around the grill today? How about how much you enjoy watching the Vikings trip over themselves. But first, watch this:

As minority stake owners of both teams in the NBA Finals, it’s now Aaron Rodgers’ Bucks vs. Larry Fitzgerald’s Suns for the championship. pic.twitter.com/qZ7Nl5qlCq

•   There will be some notable exceptions later this summer, but for now, NFL rosters seem pretty set ahead of training camp. So here’s a hockey rumor roundup to hold you over:

Just a reminder that the NBA is better when the Bulls are good.

•   The Cubs haven’t won since throwing their combo platter no-no, but their everyday second baseman is back: