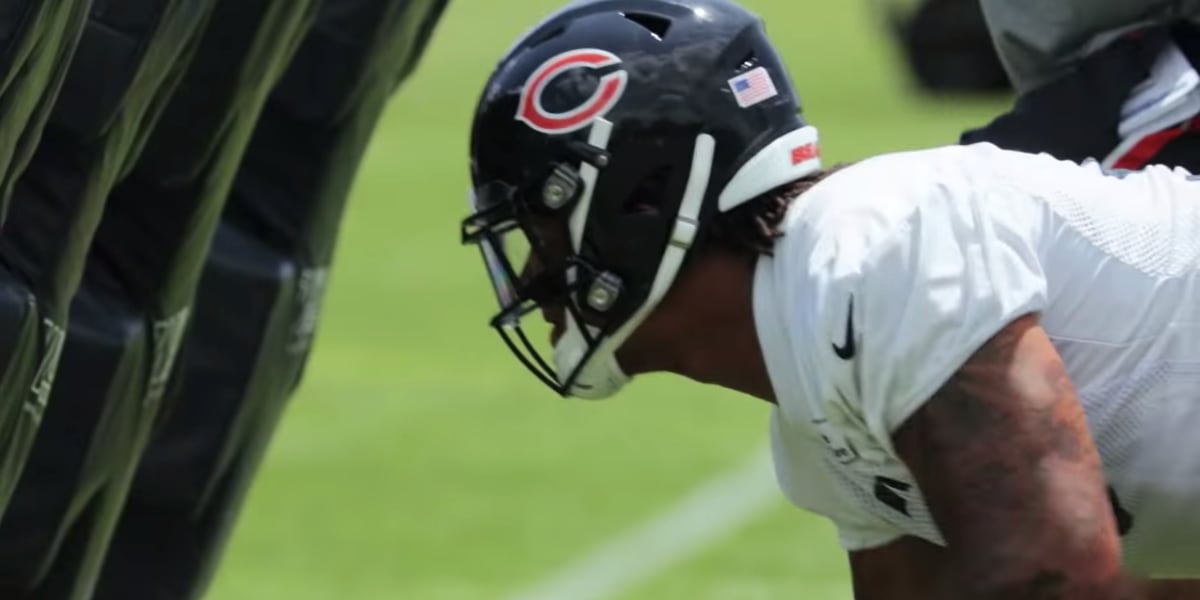 Sometimes, I just need to spend time watching a television show that doesn’t require my brain to do any work. Thankfully, a friend put me onto Netflix’s Too Hot To Handle series. It’s reality TV dating with the twist of tricking attractive singles into thinking they’re moving into a love shack, only to get the rug pulled from underneath them when they are informed that none of that hanky-panky will be allowed (under penalty of losing prize money).

I think I spent more brain power describing the show than I have while having it on the background. Fun times!

•   ICYMI: The Bears announced fans will have 14 chances to see training camp practices at Halas Hall this summer. It’s better than not seeing any practices, as was the case last year. But the limitations weigh heavily on fans when considering how things were when camp was in Bourbonnais. All in all, I suppose this makes sense:

An important piece of clarity for those of you who want to register for training camp tickets. https://t.co/lUM8dI7WUa

•   Limiting Halas Hall training camp practices to 1,000 people per day will make it tough for the great many of us trying to get a foot in the door. And it will definitely be a challenge for those of us who would go every day if it was possible. I don’t love it, but I understand it. This is where I would say that I hope everyone who wants to experience this can get out and do so. However, the numbers crunch is what it is. Someone (actually, many someones) will be left on the outside looking in.

•   This is all fun and games until our friend Greg Braggs Jr. pulls the upset of the year and the prize is him getting to pick who starts at QB in Week 1:

The Bears have announced that fans can return to training camp but if they see you filming you'll be put in an Oklahoma drill against Akiem Hicks. A fun wrinkle to this year's camp.

•   An idea: The Bears buy the Arlington International Racecourse property, then turn it into a training camp facility. Admittedly, it’s an outside-of-the-box idea. And it’s probably counterintuitive, but you know I’m good for these sorts of things. But take a moment to think about it. Big practice fields. Ample space for on-campus housing for players, coaches, and staffers. Room for an on-campus hotel to host fans who want to attend practices. An area to create attractions such as places to eat, drink, and whatever else you want in an entertainment district. I mean, sure, the Bears could do this and build a state-of-the-art all-purpose mega-complex that includes a football stadium. But work with me as I continue to have my hangups about the Bears moving to the suburbs.

•   For more information on how to get in on the training camp fun, follow the Bears’ linkage here.

If the #Bears look for a safety in the 2022 draft, one guy I really like is Northwestern’s Brandon Joseph.

Lengthy DB with top-notch football IQ & ball skills who wraps up well downhill. 6 INTs in 2020, including this gem on a rare Justin Fields pick. pic.twitter.com/mP5EtkicHU

•   Remember, the Bears don’t have a first-round pick in 2022. But maybe Brandon Joseph is a Day 2 prospect who fits what this front office is looking for with one of its Day 2 picks. After all, you can never have enough help in the secondary.

•   In that vein, Luke Easterling (Draft Wire) projects Chicago choosing a defensive back with its first pick in the 2022 NFL Draft. Easterling sends Cincinnati cornerback Ahmad Gardner to the Bears with the 43rd overall pick. Gardner has two first-team All-AAC seasons under his belt and has been getting significant playing reps since being a true freshman. Frankly, if this keeps up, he might sneak into the first round. Then again, we’ve seen trends showing how good DBs slip to Round 2. Nevertheless, it is something to keep an eye on moving forward.

•   Also, for what it’s worth, the first-rounder going to the Giants projects to land just outside the top-10. With the pick, New York selects USC edge rusher Drake Jackson. I suppose the Bears could’ve taken USC QB Kedon Slovis (12th) or Nevada QB Carson Strong (14th) to satisfy their QB needs. However, neither quarterback is on the same prospect level as Justin Fields. At least, not right now.

•   The NFL is incentivizing the heck out of getting a COVID vaccination. To that end, I would continue encouraging getting a shot for the sake of making your football life easier:

Vaccination update 20 days before most NFL teams report to camp:

– Five teams have 85%+ of players with at least one shot

– Virtually all Tier 1 and 2 personnel are vaccinated

•   A really good thread where you can find some cool and fun people to follow on Twitter:

•   An old friend is taking his talents to TV:

Bradley Beal Says There Will be “Probably a Lot” of Talk About Teaming Up at Team USA Training Camphttps://t.co/nRhvMxByr6

On behalf of the #Blackhawks and the rest of the league, I'd like to welcome the Habs and Lightning to the offseason. Be prepared to trade everyone starting tomorrow.