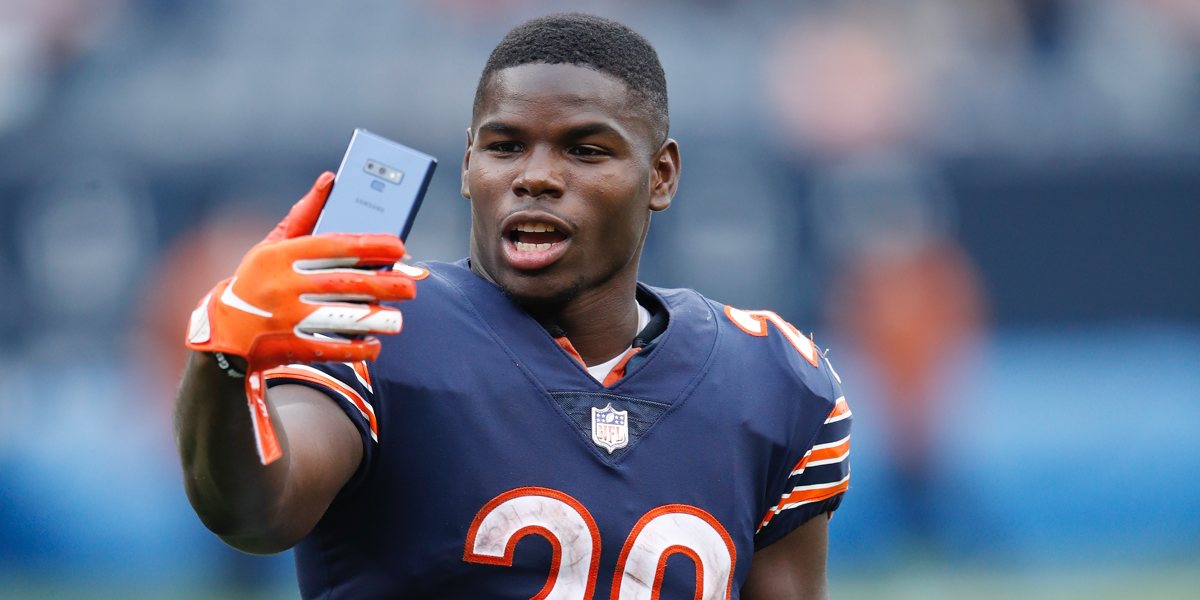 It says something about where I am in my life that I found more joy out of getting through Season 4 of re-watching FOX’s New Girl than I did from watching MLB’s All-Star Game. I’m not sure what it is, but I’m not sure it’s great for baseball.

The more all-star games I watch, the more I understand why people have grown tired of the Pro Bowl. By the time game-time rolls around, you’ve lost track of the alternates and replacements. And soon enough, it is just another game on in the background. I do like what the NFL had done in recent years with skills competitions. Maybe that’s the future of these all-star exhibitions. I guess we’ll see.

•   Adam Beasley (Pro Football Network) sees Bears running back Tarik Cohen as a candidate to open training camp on the PUP list. Cohen, 25, saw his 2020 season cut short because of an ACL injury that happened while fielding a punt in Week 3. A first-team All-Pro in 2018 for his return-game exploits, Cohen figures to be an important part of the offense whenever he gets back on the field. But perhaps that won’t be as immediate as we would like.

•   And, frankly, that’s fine. There should be no rushing Cohen back into the fray. In fact, it sounds like the Bears are doing their part to ease Cohen back into action. While piecing together a list of the most important Bears in 2021, Sean Hammond (Daily Herald) notes Cohen was present, but not active during minicamps and OTAs. Perhaps more important is Hammond’s note: “Even once he returns to the field, it could be a while before he feels like himself again.” Fair enough. We saw how Allen Robinson II wasn’t truly himself until late in his first season with the Bears when he was coming off his own ACL injury. So, in other words, the move here is to take it one step at a time.

•   With that in mind, I’m glad the Bears doubled-up on rounding out the running backs room:

•   David Montgomery is solid as RB1. Damien Williams should provide a nice change of pace. But with Cohen on the mend, I find myself thinking about what Khalil Herbert can do — especially if the Bears slow-play Cohen’s return. Special teams hasn’t been a consistent strength for the Bears in recent years. And while it has been better more recently, the roster churn is constantly bringing new people into the mix. If Herbert can boost the special teams, even in was where we don’t see it, then I think Bears fans will be happy with that draft selection.

•   It’s almost as if the Bears should extend Allen Robinson II’s contract before Thursday’s deadline:

•   Sure, I realize that receiver is a position where you can find value on Days 2 and 3 of the NFL Draft. But players like Robinson shouldn’t be taken for granted. On top of that, once you get a good player in your system, it should behoove you to pay that player so they’re not balling out elsewhere. Long story, short: Pay good players. It’s not as crazy of a concept as some make it out to be:

This narrative gets asserted about every position randomly. You need good players to win football games, particularly on offense.

•   Let’s help our friends at The Athletic, who are running their Bears fan survey:

•   We’ll keep an eye on this to see what unfolds here:

Free-agent CB Richard Sherman was booked at 6:08 this am at the Seattle Correctional Facility for “Burglary Domestic Violence”, per King County public records. Sherman also was denied bail.

•   To re-iterate a point I made earlier — pay your good players to stay a while:

Mets Could Be the One Team Pushing for Kris Bryant, But All of Bryant, Báez, and Rizzo Might Stick Past the Deadline – https://t.co/CyJMQ1A9Md pic.twitter.com/SAh2LYvR7z

Duncan Keith Will Be Remembered As One of the Greatest Blackhawks in Franchise History https://t.co/wX19UePhCs