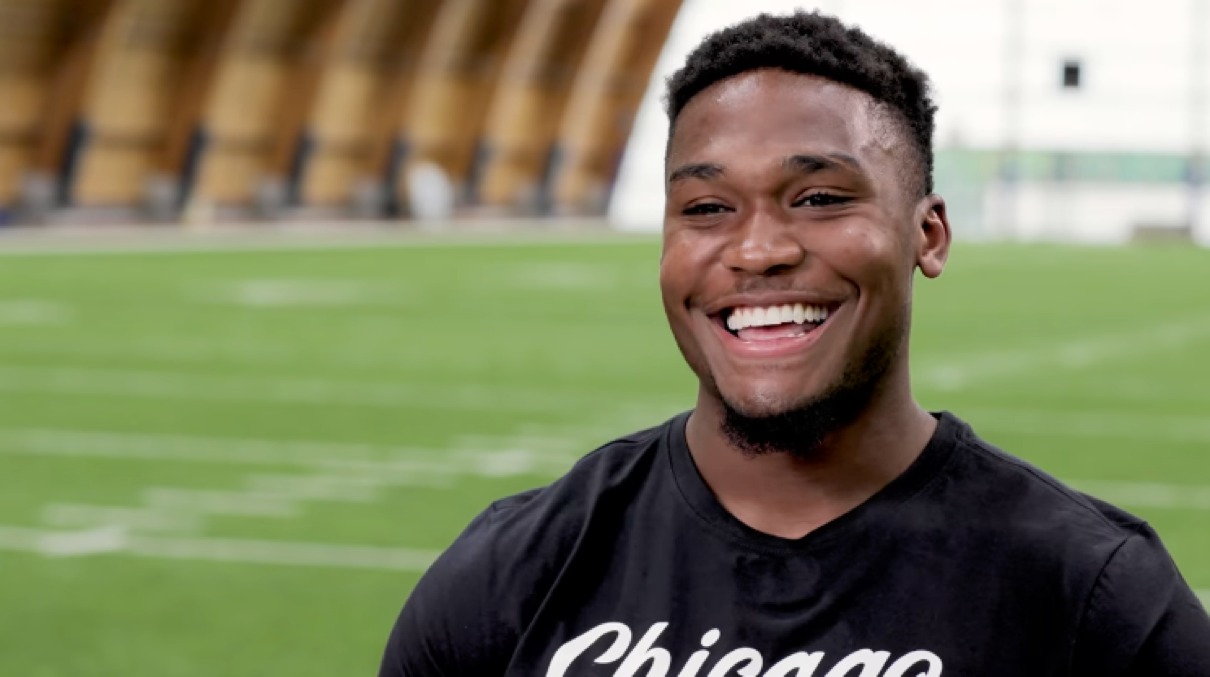 This will never not be funny to me:

Now, I’m curious about what John DeFilippo would say about Justin Fields when comparing him with JaMarcus Russell.

•   The good news is that I saw Twitter friends share their excitement when getting emails from the Bears confirming they were getting tickets for training camp. But the bad news was that, because training camp limitations will keep Halas Hall to hosting just 1,000 fans, not everyone got the good news emails. And it had me thinking about how much the Bears fans (and possibly the team itself) will miss Bourbonnais. Moreover, it put my mind in a place to re-think training camp altogether. Follow me for a moment.

•   We know the Bears want to buy the Arlington International Racecourse property. And while a new state-of-the-art stadium is at top of mind, it would be neat if the team purchased the property and built a football community that essentially simulates going away to training camp without the travel. Something that could host training camp and accommodate thousands (plural!) of fans, while also being something more than football. Build a hotel and use it for housing players/coaches/staffers/fans. Surround this mini-community with restaurants, bars, and attractions for fans of all ages. Make it something that can be of use year-round. Put in a movie theater, concert pavilion, team museum, gym, fan shops, the works. Create an experience unlike what any other franchise has right now. That’s the type of thing a charter franchise does in modern times.

•   Ultimately, my end game is making use of a plot of land that provides more access for fans while but without the road trip out past the south suburbs. Crazier ideas have been given the green light, so why not give mine a shot?

•   The Khalil Herbert Meet the Rookies episode is an emotional one:

•   My favorite part is the reading of the letter he wrote to himself as a senior in high school. The assignment was for students to write where they would be five years from that moment, and that the teacher would mail it to them in the future. Fast forward from that point into the present, and Herbert has accomplished what he set out to do. To dream big, then accomplish it is a big deal. Kudos to Herbert.

•   Between the ample sunshine and warm weather that comes with long summer days, I’m often in good spirits this time of year. Throw in the pending arrival of Bears training camp, and the arrow is really pointing up. Which is why I’m geeked up about reading any and all things that share optimism ahead of Bears training camp. Over at Bears Wire, Alyssa Barbieri delivers six reasons to feel good with camp on the horizon.

•   Of course, it’s not all sunshine and Mack sacks in these parts. Bleacher Report’s Brad Gagnon provides a reminder that Chicago’s football team still has needs. In his latest at BR, Gagnon lists the Bears’ biggest need to fill ahead of the season is at offensive tackle. No argument here. Chicago moved on from both of its offensive tackles from last year this offseason. And while I have high hopes for Teven Jenkins, Germain Ifedi remains a question-mark in my eyes.

•   Clearly, the Bears like Ifedi enough to slide a player they brought in to play guard outside to tackle. However, there is a reason the Bears pushed Ifedi to guard in the first place … right? Don’t get me wrong. I like the group’s depth and overall flexibility. Think about it. Three returning projected starters have pro experience at multiple positions. And the second-round rookie has played on both sides. But so much uncertainty remains. I guess that’s why they have training camp and preseason games to work through issues like this one.

Choose a duo for your team

•   I find it interesting to read about the people behind the scenes who are doing good things:

As far back as she can remember, Marge Hamm has loved football.

Now as the Dir. of Bears Care, she's able to combine that passion with her background in accounting to impact countless lives throughout the Chicagoland area.https://t.co/jlUsxnojV6

August 1st Is a Very Important Day for the Future of the Chicago Bullshttps://t.co/YD6DQD9Ev7

It’s Official: The Kraken Have Taken John Quenneville from the Blackhawks in the Expansion Drafthttps://t.co/We7nTnkR8G