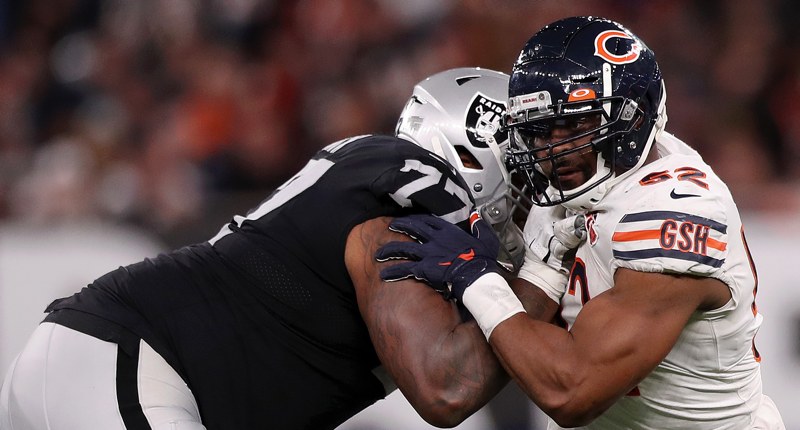 A humorous read for you this morning over at The Athletic, where the Las Vegas Raiders wanted to undo the trade that sent Khalil Mack to the Chicago Bears a few years ago.

This offseason, Las Vegas called Chicago with a trade offer that would have brought star pass rusher Khalil Mack back to the Raiders, sources tell @VicTafur.

Just before free agency opened up earlier this year, John Gruden (who says he cried for three days after the initial trade) and the Raiders reached out to the Bears to see if they’d send Mack back. There aren’t a lot in the way of particulars, as the Bears were not interested in engaging in the conversation (presumably because they, themselves, knew they wanted to try to compete in 2021). You can offer your opinion on what the Bears should have done – hear the Raiders out, maybe? – but it’s a reminder that even in the latter four years of his monster contract, there’s still value there for the 30-year-old pass rusher.

Here’s hoping Mack balls out this year, proving the Raiders right (the second trade request) and also wrong (the initial trade). It would help if Robert Quinn could do a little on the other side, and if Akiem Hicks could stay healthy in the middle. Ope, started to go down a tangent.