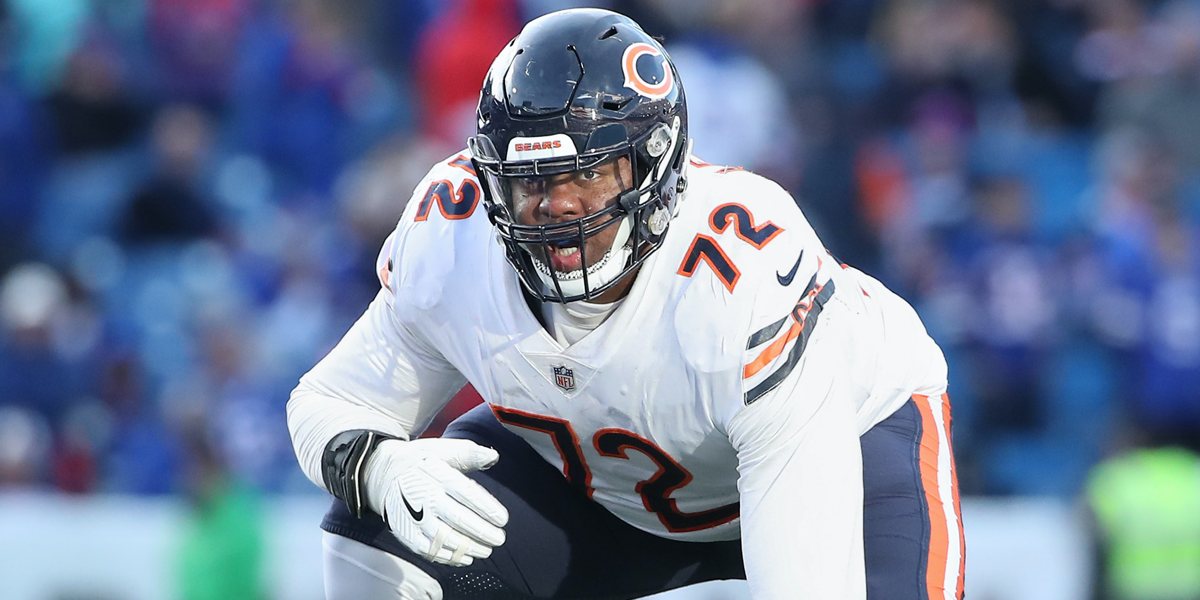 From 2015-20, Charles Leno Jr. was a model of consistency at the left tackle spot for the Bears.

But being a dependable blocker who laced ’em up week-in and week-out apparently wasn’t enough for Chicago, which cut Leno shortly after drafting Teven Jenkins to replace him on the line. But not only has Jenkins been unavailable this summer due to back injuries, the rest of the line has been in shambles for much of training camp and into the preseason. So, when he was asked about it, Leno’s answer was apt:

Charles Leno, now with Washington after being cut by Chicago, doing a sideline interview with @MikeSilver. Asked about the Bears O-line struggling without him, Leno shrugged apathetically, “Not my problem.”

It’s the “shrugged apathetically” for me. Because while Leno said he would cheer his former teammates on, this group hasn’t provided much to root for to this point. Then again, Saturday’s preseason game against the Titans was the first time this group had played together all summer. But clearly, there is still so much room to grow for this collection of blockers.

What is happening with Chicago’s line isn’t Leno’s problem. Not any more at least. HOWEVA … it is a problem. One the Bears need to deal with now, and into the future

Right guard James Daniels is on the final year of his rookie deal. Tackles Germain Ifedi and Jason Peters are on one-year contracts. So is swing tackle Elijah Wilkinson. Sam Mustipher is entering his first full season as a starter. Whenever Teven Jenkins gets healthy, he’ll need to prove he can cut it at the professional level. Larry Borom is a developmental project. Only Cody Whitehair has established himself as a starter whose contract goes beyond the 2021 campaign. And that’s unsettling knowing that the Justin Fields will begin with so much uncertainty throughout the line.

We’ll cross that bridge when we get there. After all, Andy Dalton will get the first shot with these linemen. So that is a bridge he’ll get to cross in 15 days. All in all, we can’t ignore the issues with the regular-season rapidly approaching. Hopefully, the Bears won’t.