Will the Chicago Bears Push Through Any Contract Extensions This Week? Skip to content 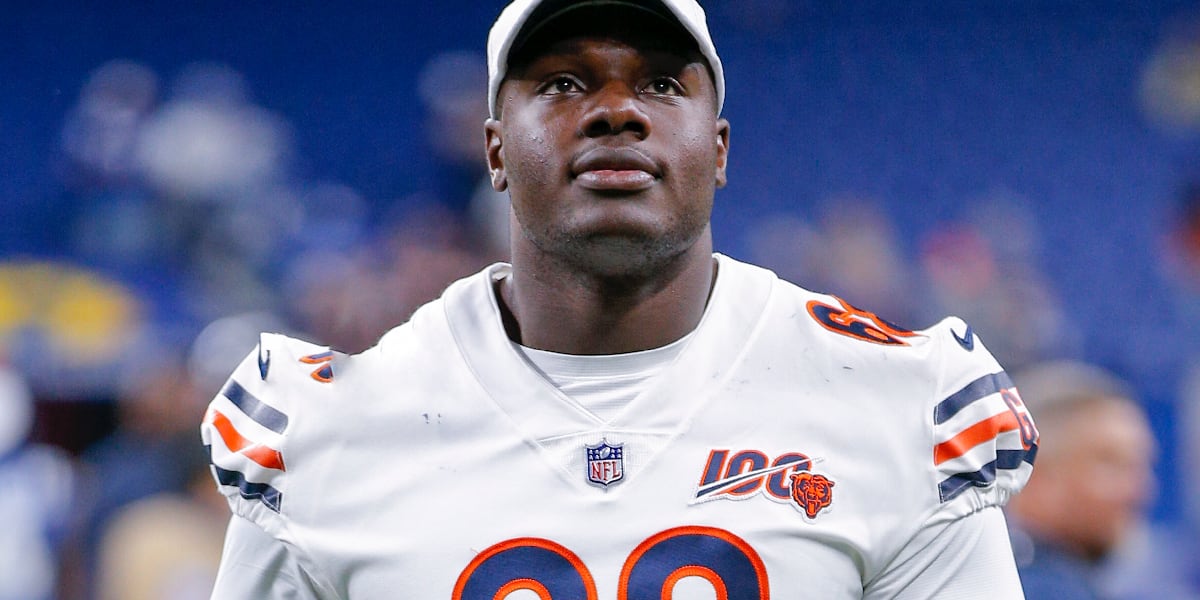 In previous years, we’d grown accustomed to Bears GM Ryan Pace locking in extensions for popular and productive players during the week leading up to the regular-season opener, with Cody Whitehair (2019), Eddie Goldman (2018), and Akiem Hicks (2017) cashing in just days before the team was kicking off the campaign.

But things went off-script last season, when Pace was unable to come to an agreement on a new deal for Allen Robinson II. And while Tarik Cohen got an early in-season extension, Pace’s streak of lining up new deals for home-grown talent came to and end.

Meanwhile, in Minnesota, Brian O’Neill and the Vikings came into an agreement on a multi-year deal allowing the right tackle to stick around. ESPN’s Adam Schefter reports it is a five-year pact worth $92.5 million. Just in case you were curious as to what the future market will look like for offensive linemen. Nevertheless, it’s got me thinking about who, if anyone, on the Bears could get new paper for themselves.

While offensive line extensions are on our mind, let’s bring up James Daniels, who checks a bunch of boxes as an extension candidate. Daniels plays a position of need, which also happens to be a point of contention (instability along the offensive line makes everyone itchy). And as he enters his age 24 season, Daniels – who won’t turn 24 until next week – hits the sweet spot of being young with starting experience. After missing 11 games last year due to a pectoral injury, Daniels could use a “prove it” year in 2021 as a springboard to a bigger deal in the coming offseason. However, it would make sense for Chicago to approach Daniels with an extension now for a little security on both sides.

What would that even look like? Admittedly, I struggle to place proper value on interior offensive linemen. I don’t want to under-value Daniels based on his position. As far as I’m concerned, all offensive line spots have increased value because of their duties and priorities. In other words, this is not an area to go cheap — especially if you prioritize keeping your QB upright. With that in mind, maybe an extension like the one the Niners gave Laken Tomlinson in 2018 (3/$18M) makes sense on the low end. Otherwise, perhaps something along the lines of the free agent deal Ereck Flowers signed with the Dolphins in 2020 (3/$30M) could make sense on the high end.

Sure, Roquan Smith is under contract for the 2022 season because the Bears gave the green light to picking up the fifth-year option on his rookie deal. But the Bears could create some cap space by agreeing to an extension with Smith now and lowering what projects to be a $9.735M cap number next season.

Unfortunately, the Bears blew an opportunity to lock in a more team-friendly (yet, still pricy) extension when the 49ers made Fred Warner the NFL’s highest-paid inside linebacker. And when the Colts followed with a $99.25M for Darius Leonard, it only made the cost of doing business with Smith even higher.

Just because I think the Bears should pivot toward spending on offense doesn’t mean they should ignore keeping defensive playmakers. With that in mind, Bilal Nichols makes sense as an extension candidate. Nichols, who turns 25 on Sept. 14, set career bests in sacks (5), tackles-for-loss (7), QB Hits (13), and total tackles (40) in his first full 16-game season. Between Akiem Hicks’ age and expiring deal, and Eddie Goldman’s durability history, locking in a defender of Nichols’ caliber isn’t the worst idea.

So, what does that deal look like? Maybe something along the lines of Roy Robertson-Harris’ three-year deal worth $23.4M with the Jaguars makes sense.

I don’t love any of the answers the Bears have given regarding Akiem Hicks, especially knowing he is a candidate for an extension:

Bears GM Ryan Pace won't say why Akiem Hicks mysteriously missed a practice last month because it was too long ago to remember. Ok.

Hicks’ representation, super-agent Drewe Rosenhaus, has approached the Bears about an extension. But with GM Ryan Pace declining to comment on the situation, and Hicks’ odd silence in not talking to the media, I struggle to get a grasp on if the Bears have an interest in doing business. Maybe a bridge deal makes sense for Hicks, who is the heartbeat of the defense, a leader, anchor, and popular fella among the fan base. Think along the lines of Ndamukong Suh’s deal, which pays him $9 million on a one-year deal (which includes four void years for cap purposes).