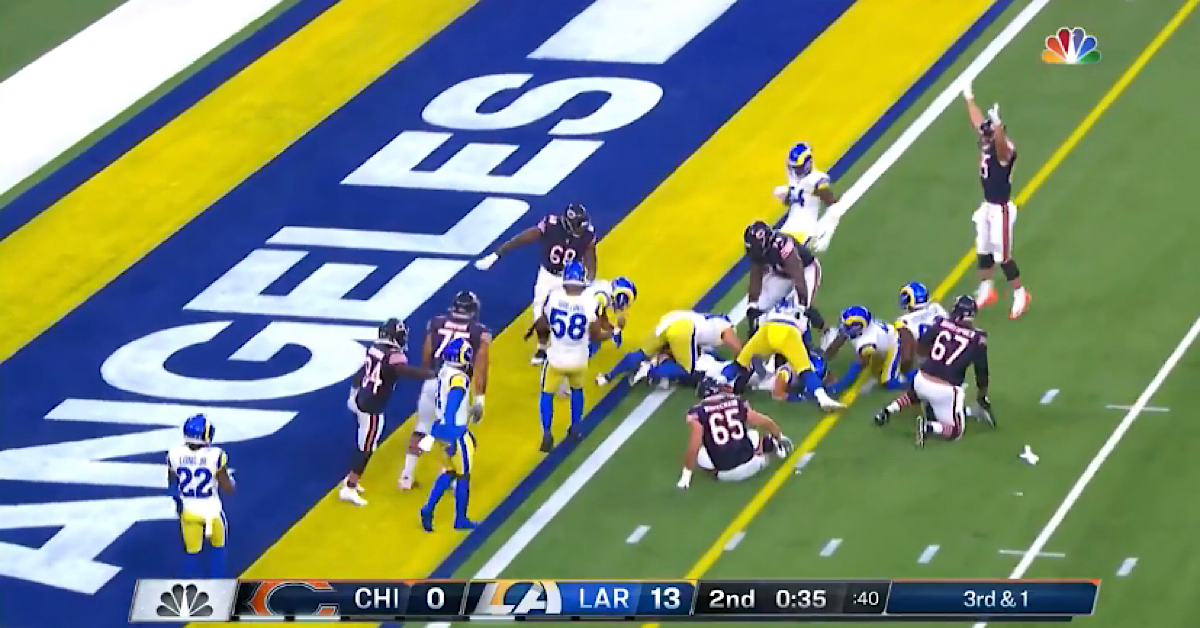 This first half hasn’t looked great for the Bears, but David Montgomery has been putting in that work.

Montgomery has 10 carries and 79 rushing yards, with this score putting the Bears back in this game:

The touchdown makes this a 13-7 game in favor of the Rams. But it sure feels like Los Angeles should be leading by more. But with the defense plugging holes and offense scoring ahead of halftime, there’s new life for Chicago’s football team. It’s still an uphill climb. But it doesn’t look as daunting after watching Montgomery hit paydirt.