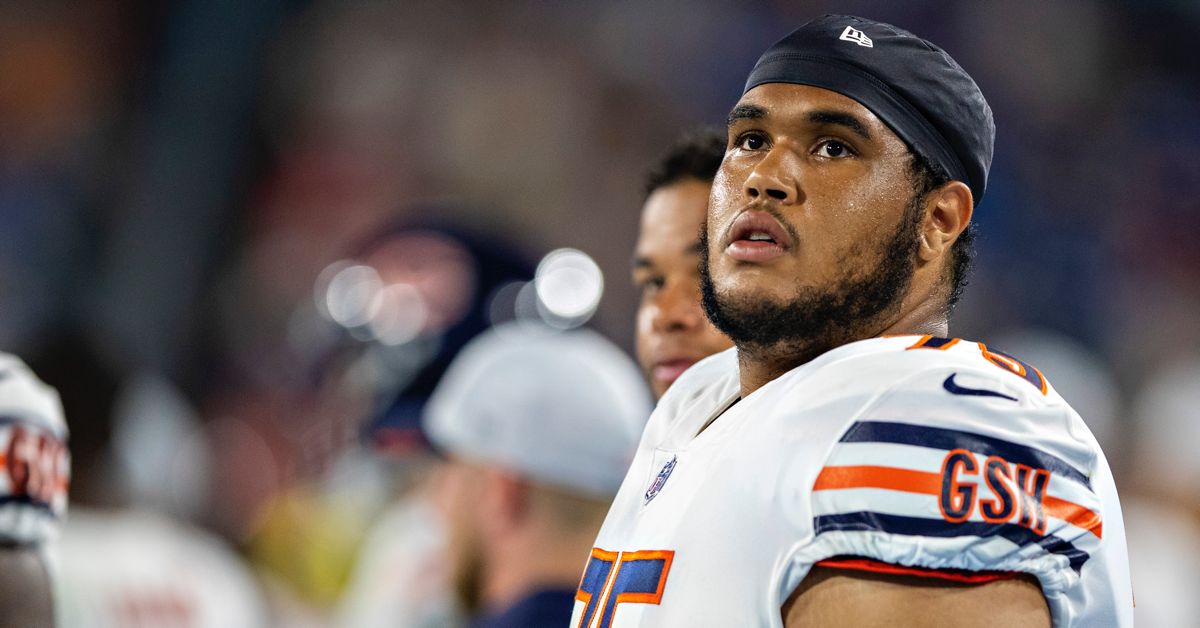 An offensive line that has been banged up all summer is once again dealing with the ever-nagging injury bug.

Rookie Larry Borom is going to miss some time:

Bears rookie OT Larry Borom, who replaced Jason Peters Week 1 after Peters left with a quad issue, is dealing with a high ankle sprain and will miss time, per source. Short-term IR candidate.

ESPN’s Jeremy Fowler reports rookie left tackle Larry Borom’s injury is a high-ankle sprain. Borom, who was filling in for Jason Peters after he went down with a quad injury in Week 1, was in on only 15 snaps before going down with an injury of his own. And as it turns out, Borom might be out for a bit.

Fowler gives no specifics or speculation regarding a timetable for return. However, given that the injury is serious enough for Fowler to toss out the idea of Borom being a candidate for the short-term IR, you know it isn’t going to be a mere week or two. High-ankle sprains almost never are. But then again, that it is a short-term IR trip is mildly encouraging (if you consider the alternatives).

Thought it might be encouraging that Bears rookie LT Larry Borom hadn’t been placed on IR … but Matt Nagy said, “We’ll know more here in the next couple days.” So, Borom could still be a short-term IR option if he’ll be out for 3+ games.

The Bears’ offensive tackle situation has been a mess since the spring. Starters Charles Leno Jr. and Bobby Massie were sent packing. Teven Jenkins was drafted to be Leno’s heir apparent, only to have his debut delayed because of a back injury that necessitated surgery. Jenkins being out for a while pushed for the Bears to sign Peters, a 39-year-old probablyeHall of Famer who was fishing in Texas when Juan Castillo dialed him up to gauge his interest in playing for the Bears. But when Peters went down with a quad injury in the Bears’ SNF lid-lifter, it opened the door for Borom to fill in. Unfortunately, Borom going down with an injury and not finishing the game leaves the Bears in a place where they might have to turn to their *FOURTH* left tackle option — Elijah Wilkinson.