The Bengals’ Cornerback Situation is so Bad, Their Head Coach Took Practice Reps Skip to content 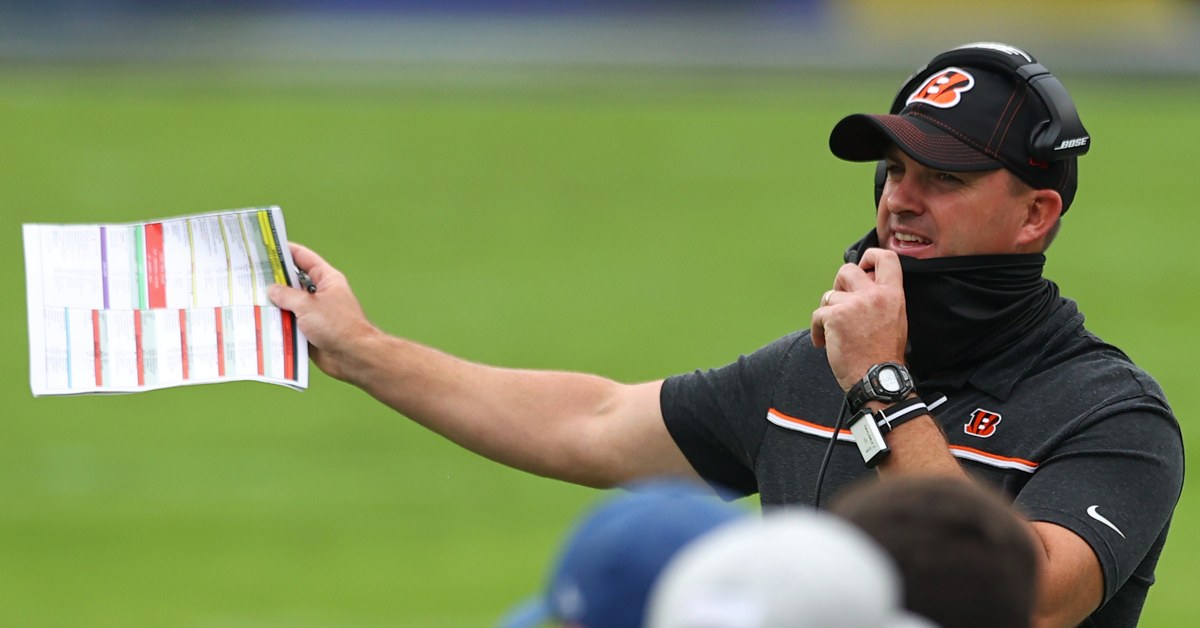 It’s messy world out there for cornerbacks, as Chicago Bears fans can attest.

But things haven’t gotten to a point where they are this dire:

Another fun note from Friday's practice, Zac Taylor spent some time as a CB on Tee Higgins in individual drills. Said he was 'not good', nearly popped his calves on every rep. #Bengals pic.twitter.com/ihCZatX8Oi

As a result of being short-handed in the secondary, Bengals Head Coach Zac Taylor was taking reps as a cornerback against Tee Higgins on Friday. Cincy is dealing with a wave of injuries in the defensive backfield, especially with defensive backs Trae Waynes and Ricardo Allen out, as well as cornerback Darius Phillips being questionable.

Taylor is a quarterback by trade after playing collegiately at Nebraska. But at age 38, he should have some athletic juices left in the tank. Then again, it takes a different gear to hang with the likes of Tee Higgins, the Bengals’ second-round pick in 2020 who has first-team All-ACC honors and high school All-American recognition on his résumé.

Should the Bears get into a situation like this, don’t expect Nagy to lace ’em up and go against someone like Darnell Mooney. Instead, Nagy could turn to assistants such as Mike Adams (16-year NFL playing career and two-time Pro Bowl safety) and Deshea Townsend (a 13-year pro at cornerback) to take some reps. Heck, do we know if either could be available on Sunday? There’s a non-zero chance both could help either team’s secondary if they were to suit up on game day.