Simplifying Football, Watching Paint Dry, the Meanest Diss Ever, and Other Bears Bullets Skip to content 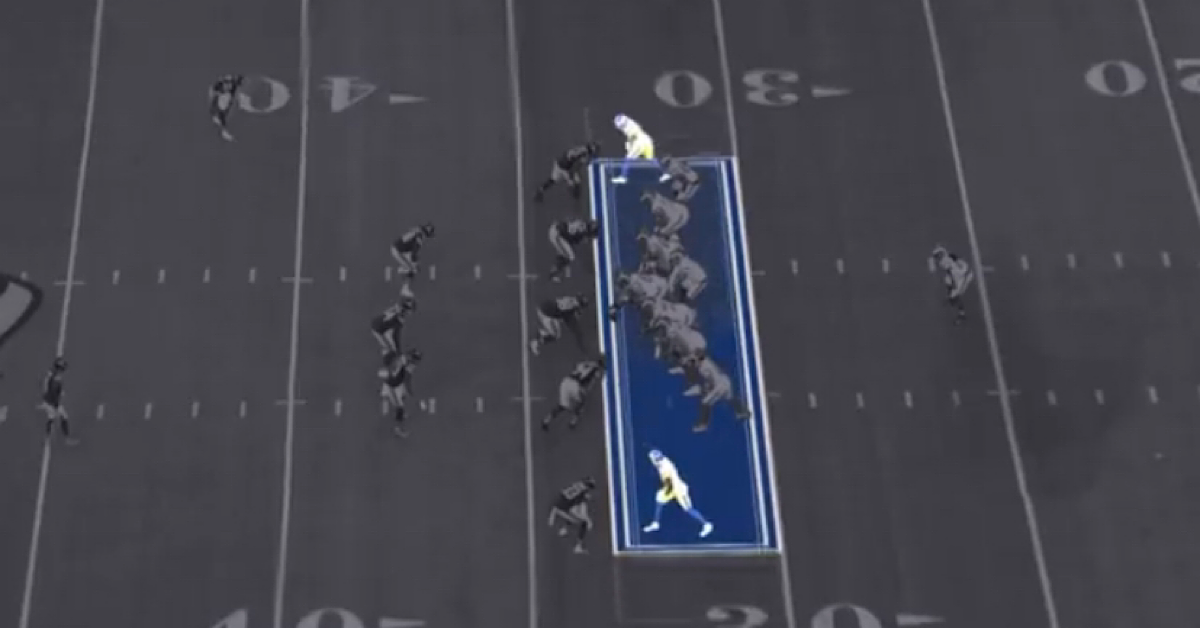 Free COVID-19 vaccines will be available at the Bears’ home opener from 9:30 a.m. until 11:30 a.m. at the Miller Lite Fan Zone at Soldier Field. No ticket or appointment is necessary.

As a heads up, the Raiders are mandating vaccinations for fans to be in attendance in their new stadium. So, if you’re a Bears fan making the trek to Vegas, I would encourage you to get the vaccine sooner, rather than later. I would hate for you to spend all that money just to be turned down at the door. Consider this a friendly PSA. Happy Saturday!

•   Sometimes, football can get overcomplicated. So, let’s simplify things. If the Bears want to win on Sunday, they’ll need more of this:

•   Let’s keep it really simple. In order for the Bears to beat the Bengals, they need to play to their offensive strengths. Give David Montgomery the ball early and often. Use traps and misdirection to keep defenders on their heels, and give linemen and other blockers a fighting chance. Once Montgomery is established as the go-to guy, it should open up over-the-top options. On the other side of the ball, Chicago needs to limit big plays. Maybe Sean Desai’s defense should take a page out of the Rams playbook and keep extra defenders deeper? That feels like it might be an overcorrection. Maybe just touch a receiver down when he falls over. Yeah, that could work.

•   Now that I find myself re-watching that clip above, perhaps Matt Nagy can find away to implement these concepts into his game-plan for this week. Use Allen Robinson II and Darnell Mooney the way Robert Woods and Van Jefferson were on that play. There’s a lot going on beyond Bears defenders falling asleep at the wheel.

•   Nothing like getting spruced up in hopes of making a good impression:

•   All in all, the place doesn’t look bad considering it had Dr. Donda West’s house in the middle of it last time I was in attendance.

•   An important and necessary thread:

•   You should see the look on my face when anyone who isn’t a Chicago Bears player gets an extension:

Eagles’ DE Josh Sweat, who  was scheduled to be a free agent after this season, reached agreement on a three-year, $40 million contract extension that could be worth up to $43 million and includes $26.9 million gtd, tying him to Philadelphia through the 2024 season, per sources.

•   Don’t get me wrong. I know that not everyone can get a new contract. But that the only del to get done in the last two years being the one for Tarik Cohen doesn’t feel right. Doesn’t it feel like some other deals should’ve been put together since then? Or is this just me writing before the coffee fully kicks in?

•   With the Bears’ offensive line issues being what they are, I’m finding a new appreciation for quality line play with each passing week:

.@saints @T_Armstead72 with the “CHOP” to win. Gotta keep expanding your tool box to stay dominant in this business @BigDuke50 #whodat #BaldysBreakdowns pic.twitter.com/RX24awmHKG

•   The Browns brought in former Bears RB Artavis Pierce for a tryout, reports the Sun-Times’ Jason Lieser. If the Browns feel the need to do this in an attempt to get a schematic advantage, then maybe they aren’t the team I think they can be in 2021.

•   Michael informs us that going to a ballgame at Wrigley Field is still one of the priciest outings in baseball.

•   I haven’t gotten around to watching the Chicago Party Aunt Netflix show, but Mario has unearthed some Blackhawks-centric Easter eggs:

Watched the first episode of @ChiPartyAunt and found the first of what I assume will be many #Blackhawks references throughout the show. Here is a small thread 🧵

•   Coby White played with a level of flair while at North Carolina that he has been unable to match in Chicago. Here’s hoping his shoulder really is “getting better each day.”

•   Take advantage of this if you can. But also, remember to wager responsibly:

Caesars will hook you up with a free authentic Bears jersey when you make a $100 bet!

New customers are also able to claim a $5,000 risk-free bet when they sign up for a new account.