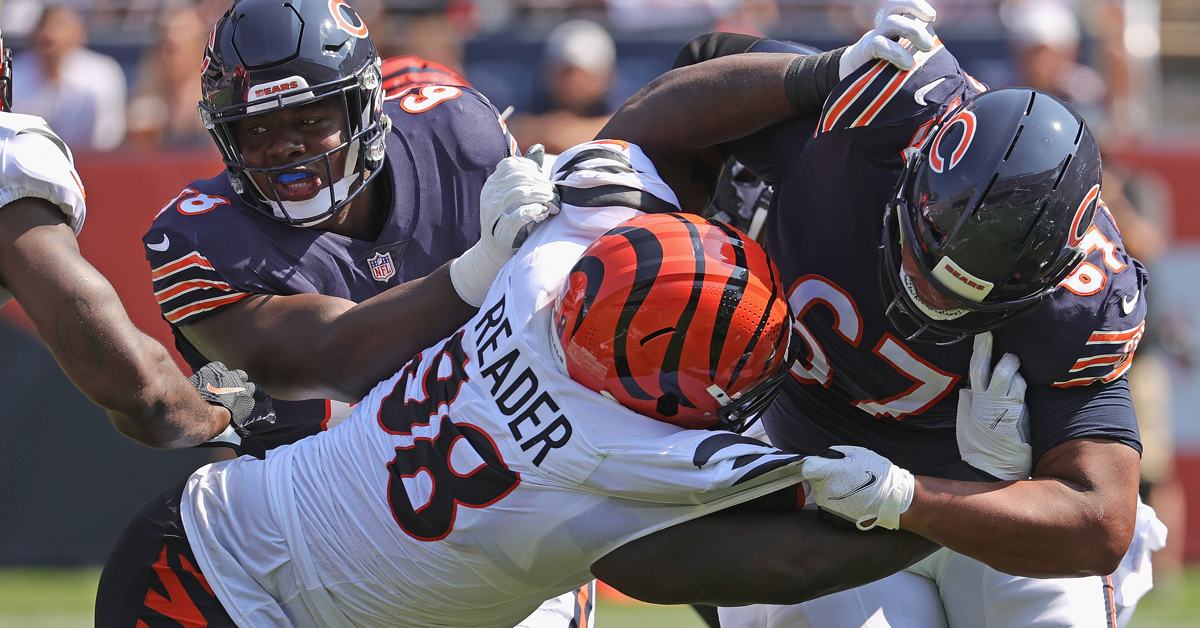 There are times in the sports world where analogies are too over-the-top or too nonsensical to fit a given situation.

It is one reason that so many fall flat.

But this one from Sam Mustipher in the wake of the Bears’ Week 2 loss to the Browns is perfect:

What was film session like for #Bears OL?
"It was like going to the dentist," C Sam Mustipher said. "No one likes going to the dentist. They just give you honest feedback. We had a lot of cavities on Sunday. That’s something you gotta improve on, gotta fix. Gotta floss everyday"

I’m almost unsure what I can add to this because it is perfect.

Mustipher nails it. Going into film session to re-watch that monstrosity of a game isn’t something anyone wanted to do. But much like that trip to the dentist, it had to be done. You need the check-in as much as you need the hard truths that come with it. And so did the Bears offensive line after allowing 9 sacks and 15 quarterback hits. Now, I’ve never had a cavity. So I can’t necessarily relate to Mustipher’s analogy on that level. But if they’re anything like the deficiencies that Myles Garrett and friends were exposing with every drop-back, I’m going to try harder to make sure I never get one.

The good news here is that the Bears can follow doctor’s orders and get healthy again in short order. They have the necessary tools in terms of talented players who can play competent football. Jason Peters, Cody Whitehair, Sam Mustipher, James Daniels, and Germain Ifedi can each draw back from previous positive experiences to help fuel their improvement. And each of those players has a recent history of showing the group can put good tape out there when it stays on doing the right thing. Tackles Jason Peters and Germain Ifedi were marvelous in pass protection for two weeks. Daniels has had his moments, too. Whitehair has shown flashes of grading out well at guard and center. Even Mustipher, the least experienced of the group, can look back at last year’s successes for inspiration.

To be clear, this group isn’t giving vintage Cowboys of the ’90s vibes. Not by any stretch. But they shouldn’t be as bad as they were on Sunday (Michael: I hope not, for Justin Fields’ sake).

And they have an experienced dentist in Juan Castillo, who has had his hand in coaching offensive linemen for decades. So here’s hoping he isn’t too long-in-the-tooth to be helpful at this stage.