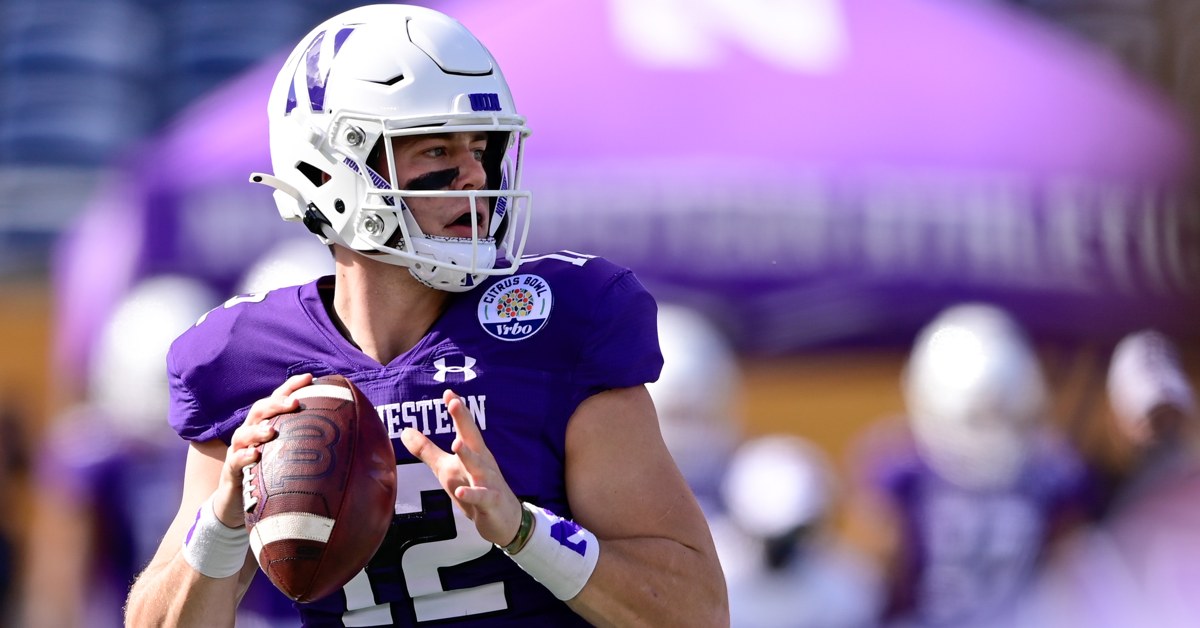 The only reason the Bears don’t know who will start at quarterback on Sunday against the Lions is because the top two signal callers on the team’s depth chart are dinged up with injuries.

And if either Andy Dalton (knee) or Justin Fields (hand) can’t go, it is good to have eyes on emergency help:

Andy Dalton is still nursing a knee injury, and Justin Fields injured his hand on Sunday. X-rays came back negative for Fields.

Pro Football Focus’ Doug Kyed reports x-rays on Fields’ hand injury came back negative, and that Dalton remains nursing a knee injury that has had his status as “week-to-week” since last week. A “negative” designation could count as a positive development. At minimum, Fields can’t be ruled out due to injury just yet. With that as background, the Bears held workouts for a pair of free agent quarterbacks is another important anecdote in Kyed’s tweet.

Peyton Ramsey is a 23-year-old quarterback who has some high-profile collegiate experience. While at Indiana, Ramsey earned Big Ten All-Freshman Team honors. And as a senior at Northwestern, Ramsey was third-team All-Big Ten. Some guy named Justin Fields from Ohio State took home first-team honors. Ramsey and his Wildcats teammates pushed Fields and Ohio State to the brink in the Big Ten Championship game. But despite his best efforts, no team chose Ramsey in the 2021 NFL Draft. And now, the Bears are giving him a look to see what he is about.

Ryan Willis is a 24-year-old whose lone professional experience came in The Spring League, a developmental football league. At least it was good experience. Willis was The Spring League’s Mega Bowl MVP, given to the best performer of the league’s championship game. The Virginia Tech product went undrafted in 2020 and hasn’t been able to tag along with any NFL team since.

The hope is that having these players in for workouts is a precautionary measure. Bringing new players for tryouts is a good to freshen up the team’s active database. Or, at worse, hosting QB tryouts represents a contingency plan. It is always good to have a Plan B. You know, just in case further tests suggest Fields can play or if Dalton’s knee keeps him out of action.

Nevertheless, that we’re getting to this point isn’t all that great. Then again, maybe that they weren’t hosting anyone with significant NFL experience suggests that either Fields or Dalton will be fully available for Sunday’s game against the Lions.

In total, we’re looking at three quarterbacks and three wide receivers. It makes sense to host receivers to go along with quarterbacks. After all, what’s the point of hosting QBs if they have no one to throw to when they get to the building.

So let’s add QB Jacob Dolegala to the mix of inexperienced signal callers the Bears are kicking the tires on (in case Dalton or Fields can’t play). And let’s highlight Darece Robinson, Matthew Sexton, and Isaiah Zuber as pass-catchers joining the list of tryouts to make their way to Halas Hall. The more, the merrier!